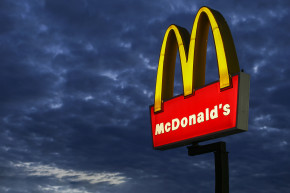 How did anyone not see this coming?

To promote its “Create Your Taste” kiosks in New Zealand, McDonald’s set up a site where people could make their own burgers, and have  their creations posted on the site. It quickly learned a lesson about the internet that most brands have figured out at this point: you should never, ever leave anything up to the online masses.

The Create Your Taste micro-site let people make a burger, name that burger, then receive a scannable QR code that could be taken to McDonald’s (which Kiwi’s refer to as “Macca’s”) and turned into a real thing. Metro U.K. reports that things started out just fine, and people mostly used the site as intended:

People piled on grilled pineapple and guacamole on their burgers and posted them to social media. But the front page of the Make Your Taste site turned into a free-for-all real quick, with the posts ranging from clever and slightly crude to extremely weird and sometimes racist. The site was ultimately taken down, and it now just redirects to the McDonald’s New Zealand homepage. Dorkly, which managed to grab some screenshots of the site beforehand, said the “majority of it was Nazi propaganda and Harambe memes.” The NEOGAF forums are also home to a fair number of these creations gone wrong.

Has the saga of Boaty McBoatface taught us nothing? Never leave anything up to the internet masses.