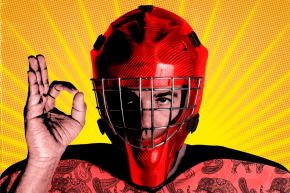 The Guru: How Skills Coaches Are Changing Sports Forever
By Joe Lemire

The Guru: How Skills Coaches Are Changing Sports Forever 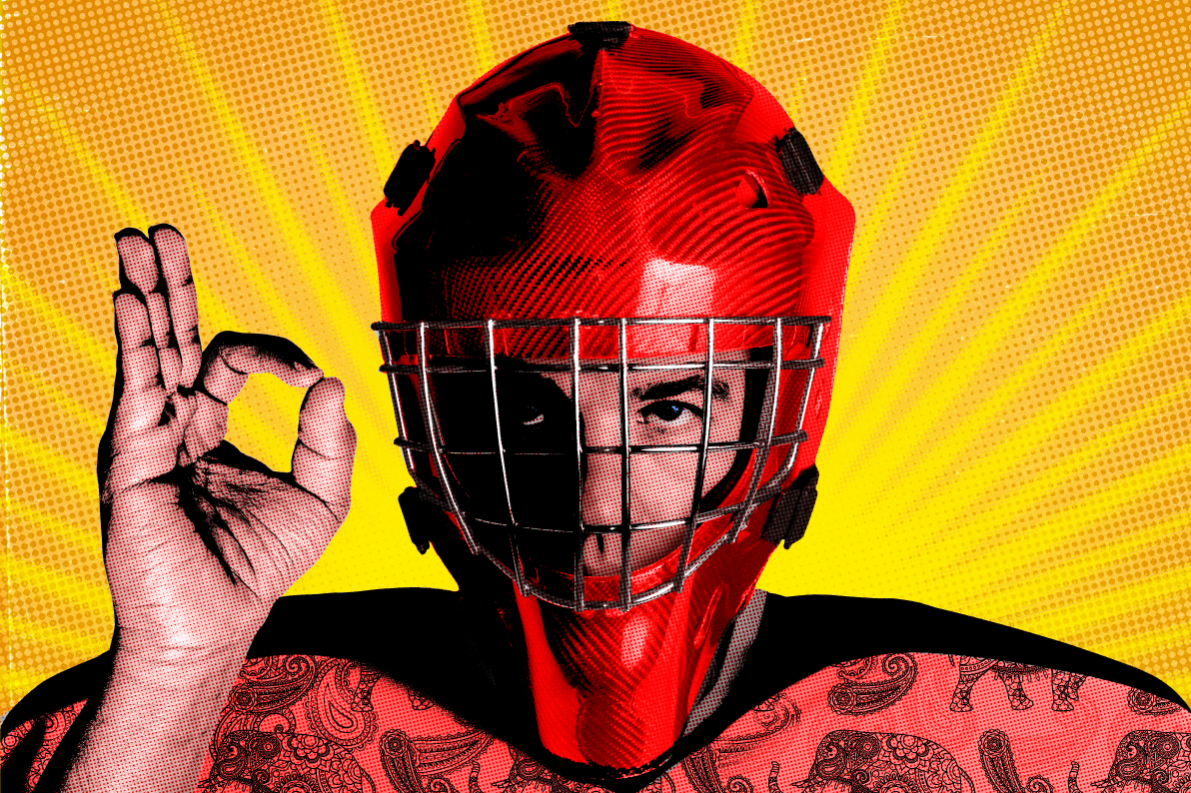 When the 2012 NHL lockout left hockey players scrambling for ice time, then-Vancouver Canuck Ryan Kesler made a phone call, as one does, to Nickelback lead singer Chad Kroeger, whose nearby house had a private rink big enough for 3-on-3 skating. The work stoppage also barred team coaches from working with players, so Kesler asked elite skills coach Ron Johnson—who holds a master’s degree in hockey biomechanics—to give him an evaluation.

After an hour of drills, Kesler asked Johnson for his honest opinion. Johnson replied, “You’re not explosive. You’re not a deceptive skater. You don’t have any agility. And your deceleration is poor. You’ve got good power and speed.”

On Johnson’s drive home, Kesler’s agent, Kurt Overhardt, called and said, “Now you’re in trouble.” But not for the expected reason. “He won’t work with anyone else,” the agent told Johnson.

“He gets you to think a different way about the game, about shooting, about skating,” Kesler said in a telephone interview. “Usually guys [say], ‘Skate as fast as you can, shoot as hard as you can,’ but with Ron, it’s different. It’s all about deception, getting a guy to think that he has you and then going the other way and creating that extra half-foot to a foot where you can get your shot off.

“He said there’s seven different ways to shoot a puck. I think I knew three of them.”

The increasing sophistication and professionalization of sports has led to the rise of personal skills gurus not only in hockey—where Johnson, known as the Shot Doc, counts Hall of Famer player Adam Oates as a peer—but also with quarterback instructors in football, hitting and throwing coaches in baseball, and basketball trainers like Idan Ravin, who has worked with the likes of LeBron James, Stephen Curry, and Kevin Durant.

These coaching consultants lurk outside the framework of the player’s professional organization; most of their work is done remotely, communicating by phone, text, and email with lessons imparted via video annotations.

Oates was watching the 2015 NBA Finals when the broadcasters mentioned James’ work with Ravin. Oates had been head coach of the Capitals and co-coach of the Devils but was passed over for a few other jobs, so this new line of work appealed to him. He now tutors a few dozen NHL clients including Tampa Bay Lightning captain Steven Stamkos and Minnesota Wild stars Zach Parise and Ryan Suter.

“And I started a business—right there, that day,” said Oates, who also works with amateurs through the site My Pro Hero. “Our game is getting more complicated, and I’m helping with that.”

Kesler’s partnership with Johnson has grown and last winter expanded to include his line mates with the Anaheim Ducks, Jakob Silfverberg and Andrew Cogliano. The trio was often pitted against opponents’ top lines and, by Kesler’s admission, had trouble sustaining an attack in the offensive zone. The three split the cost of flying Johnson down to Anaheim twice for four-day midseason sessions, once in January and once in February, working with him on specific skills for 30-to-60 minutes before practices. Kesler said his knowledge of Johnson’s instruction was helpful, but the benefit rose exponentially when they were all on the same page. Johnson likened line play to a rock band’s guitarist, bass player, and drummer “working together to make sure the orchestration happens.”

After scoring just three goals in his first 41 games, Silfverberg netted 17 in the season’s second half (tied for fifth-most in the Western Conference) while Kesler added 13. All told, the three had 89 points after the midpoint, compared to only 35 before it, an increase of more than 250 percent.

Not every organization would be receptive to an outside solution. Kesler acknowledged that the coaching staff was initially “standoffish” but came around, with assistant Trent Yawney particularly interested; he added that general manager Bob Murray was very supportive and made sure the line got the necessary ice time.

A few people around the sport have criticized Oates‘ methods, but he makes sure not to interfere with team systems and strategies, emphasizing the minutiae on which he focuses. Oates gave a couple examples. He described teaching a defenseman how to better go back into his zone to retrieve a puck bouncing around the boards while an opponent chases—“the hardest thing in our sport,” he said—and explained the magnitude of even a four-percent increase in face-off percentage, given that each team takes about 5,000 per season.

“Anybody who wants to make it more than that—no, no, that’s pretty much it,” Oates said, admitting that his work is “not sexy.”

Some skill instructors begin as sporting outsiders, bringing a creative and unorthodox approach to training. When Ravin, a lawyer by trade, first worked with James, as recounted in Chris Ballard’s excellent book, “The Art of a Beautiful Game,” he convinced the superstar that he needed to work on his ball-handling by tapping James’ chin every time he looked down. Quarterback guru Steve Clarkson, whom ESPN has tabbed the “most powerful QB coach in football,” completed just one pass in his professional career—with the Saskatchewan Roughriders in Canada. (By contrast, there is also the Manning Passing Academy run by the family’s three NFL quarterbacks, who are as insider as it gets.)

Self-taught baseball hitting coach Bobby Tewksbary, whose own career stalled in independent ball, learned his craft by watching YouTube videos of swings from Albert Pujols, Babe Ruth, and Ted Williams; he now counts AL MVP Josh Donaldson among his clients. Driveline Baseball founder Kyle Boddy—known for his weighted baseballs and biomechanical analysis—is a highly sought-after pitching trainer and consultant to MLB teams, yet his pre-baseball professional background was as a data consultant.

Blue Jays performance coach Steve Springer, who works with minor leaguers on the mental side of hitting, is a career baseball man. He played 14 minor league seasons—making a pair of big league cameos with four career hits—before becoming an agent. In that role, he taped a cassette with advice on approach to distribute to his clients, later entering a recording studio to preserve his advice on CDs. Roughly 15 years later, Springer’s “Mental Side of Hitting” remains in regular use among big leaguers, a cadre that includes All-Stars Paul Goldschmidt, Nolan Arenado, A.J. Pollock, and Mark Trumbo.

“Yeah, it’s vintage,” Trumbo, whose 30 home runs for the Orioles lead the majors, said of the CD, which he has digitized. “Some guys listen to it daily. I think I have it more or less memorized myself.”

Trumbo and Springer see each other a fair amount in their native Southern California, where they’ll often play a round of golf, but otherwise call and text a fair amount. Trumbo, who is with his fourth organization in as many years, appreciates the continuity of a longtime confidant. (Because Springer is employed by a rival, they don’t communicate when the Blue Jays and Orioles play each other.)

“You rely first and foremost on the coaches within the team, but every now and then, maybe somebody’s who has seen you for a lot longer can be a nice reference,” Trumbo said.

When Johnson isn’t on-site, he breaks down his clients’ play remotely. With Kesler, for instance, he’ll analyze film overnight and then send emails with video attachments to break down what he sees. He’ll often attach metrics of his own device, such as results of play when the puck is 20 feet from the board compared to 10 or 5 feet. Johnson emphasizes a logical and cohesive language while discussing skills and notes that mistakes can occur so sporadically that the underlying cause isn’t readily apparent.

“There’s a very holistic connection between all of the skills and, really, there’s a correct way to do everything,” Johnson said. “If you do the proper skating mechanics, the proper stick-handling, and the proper passing, then your shot actually gets better every day.”

The rise of this skill-development niche can be attributed to the increasing professionalization of sports.

The mentoring model extends to amateurs, too. Oates, fellow Hall of Famer Bryan Trottier, and seven-time All-Star Theo Fleury are among the coaches working with My Pro Hero, which Oates described as an opportunity and platform for younger players to receive instruction that hasn’t always been accessible.

“It allows people from all over to get this information,” Oates said. “You know what, I think it’s going to make coaching better.”

Similarly, Springer said Twitter—where he can be found @qualityatbats—“changed his life” by allowing him to connect with more people in and out of the game. In addition to the recordings he peddles, he is a regular on the speaking circuit.

“I give the same spiel to major league All-Stars that I do to a 12-year-old,” Springer said. “I’m all about today. I’ve got a new game, new pitcher, new hitter with every single day.”

The impact such gurus can have on a player ranges from supplementary to transformative.

“Before, I was all about speed and I feel like my game has evolved into being more of a complete player,” Kesler said. “That’s because of Ron.”