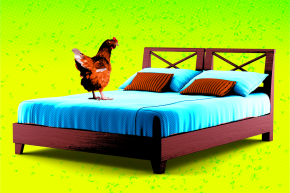 Could Tying A Live Chicken To Your Bed Prevent Malaria?
By Joshua A. Krisch

Could Tying A Live Chicken To Your Bed Prevent Malaria? 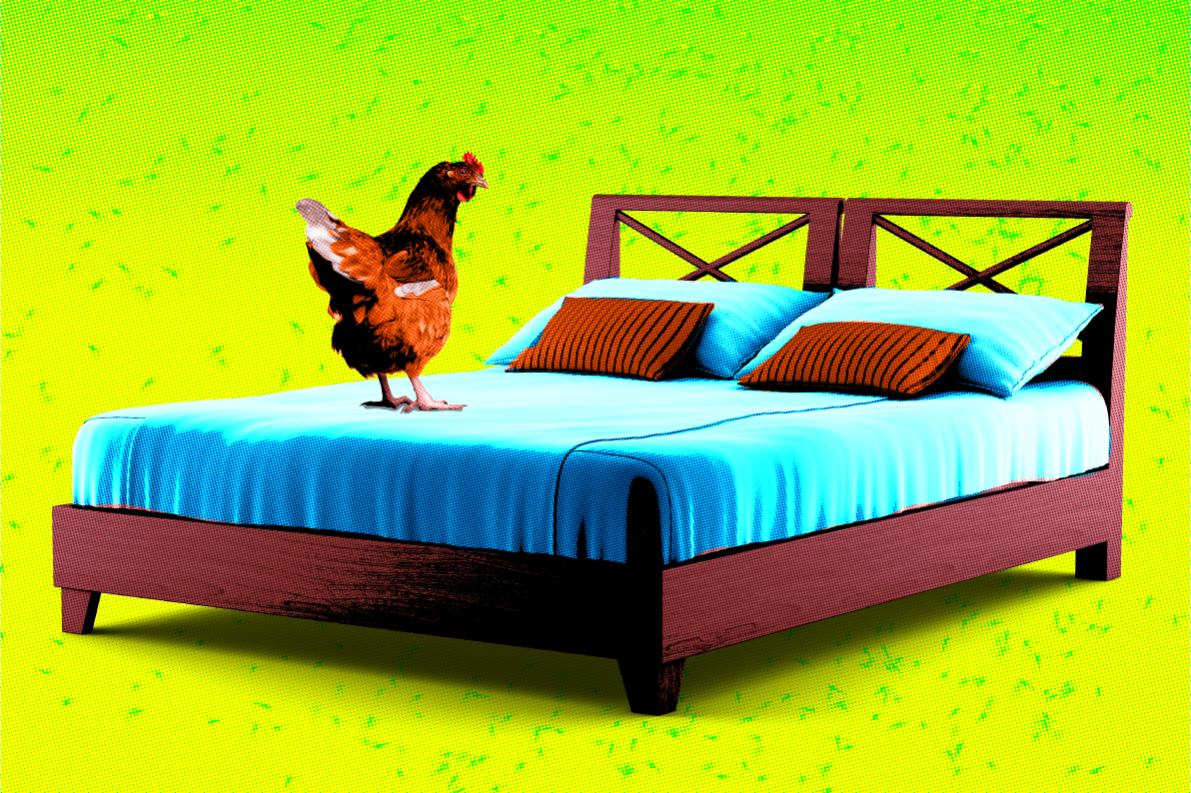 Chickens always seem to crop up in folk remedies. At the height of bubonic plague, desperate patients would shave a live chicken and place its bare bottom on their blistering buboes; Scottish gentry once treated snake bites by splitting a live chicken in half and using the poultry to bandage their wounds; Eastern Europeans consider chicken soup a foresworn panacea. But now, a new study in the Malaria Journal appears to have found a more scientific use for live chickens in medicine—preventing deadly malaria outbreaks.

“Malaria mosquitoes are repelled by the odors emitted by chickens,” said coauthor Rickard Ignell of the Swedish University of Agricultural Science, in a press statement. “Malaria mosquitoes actively avoid feeding on certain animal species, and that this behavior is regulated through odor cues.”

Malaria, a mosquito-borne illness caused by a parasite, continues to ravage Sub-Saharan Africa even as prevention and control measures such as mosquito nets have cut down mortality rates. In 2015 alone, 214 million people contracted malaria worldwide and nearly half a million lost their lives to the disease.

One of the most difficult malaria mosquitoes to control is known as An. arabiensis, a species that thrives both indoors and outdoors, and strongly prefers human blood to other animal species. For this new study, Ignell and his team examined the feeding habits of this particularly dangerous breed of mosquito by collecting mosquitoes and blood samples from three Ethiopian villages. After analyzing the blood found inside the mosquitoes, the researchers concluded that An. arabiensis feeds on humans, cattle, goats, and sheep—but never seems to have any chicken blood in its system, despite the fact that there is no shortage of chicken in Ethiopia.

A theory was born. Prior studies had shown that mosquitoes predominantly hunt by scent, so it was conceivable that something about the smell of chicken is naturally off-putting to mosquitoes. To test their theory, the researchers then isolated odor compounds specific to chicken feathers and tested these compounds as a sort of mosquito repellant. They laced several mosquito traps with either a live chicken or lab-grown eau de chicken and, when compared with unaltered traps, found that significantly fewer mosquitoes were caught. The researchers concluded that, especially in regions facing serious mosquito threats, having a chicken on hand may be a good idea.

“People in sub-Saharan Africa have suffered considerably under the burden of malaria over an extended period of time and mosquitoes are becoming increasingly physiologically resistant to pesticides, while also changing their feeding habits, for example, by moving from indoors to outdoors,” Ignell writes. “For this reason there is a need to develop novel control methods. In our study, we have been able to identify a number of natural odor compounds which could repel host-seeking malaria mosquitoes and prevent them from getting in contact with people.”