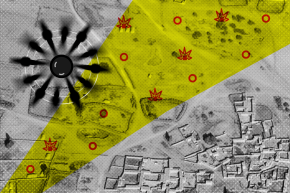 Land Mines Kill Thousands A Year, But Can This Drone Help?
By Jennings Brown

Land Mines Kill Thousands A Year, But Can This Drone Help?

The Kickstarter de-mining drone caught the internet's attention, but will it save lives? 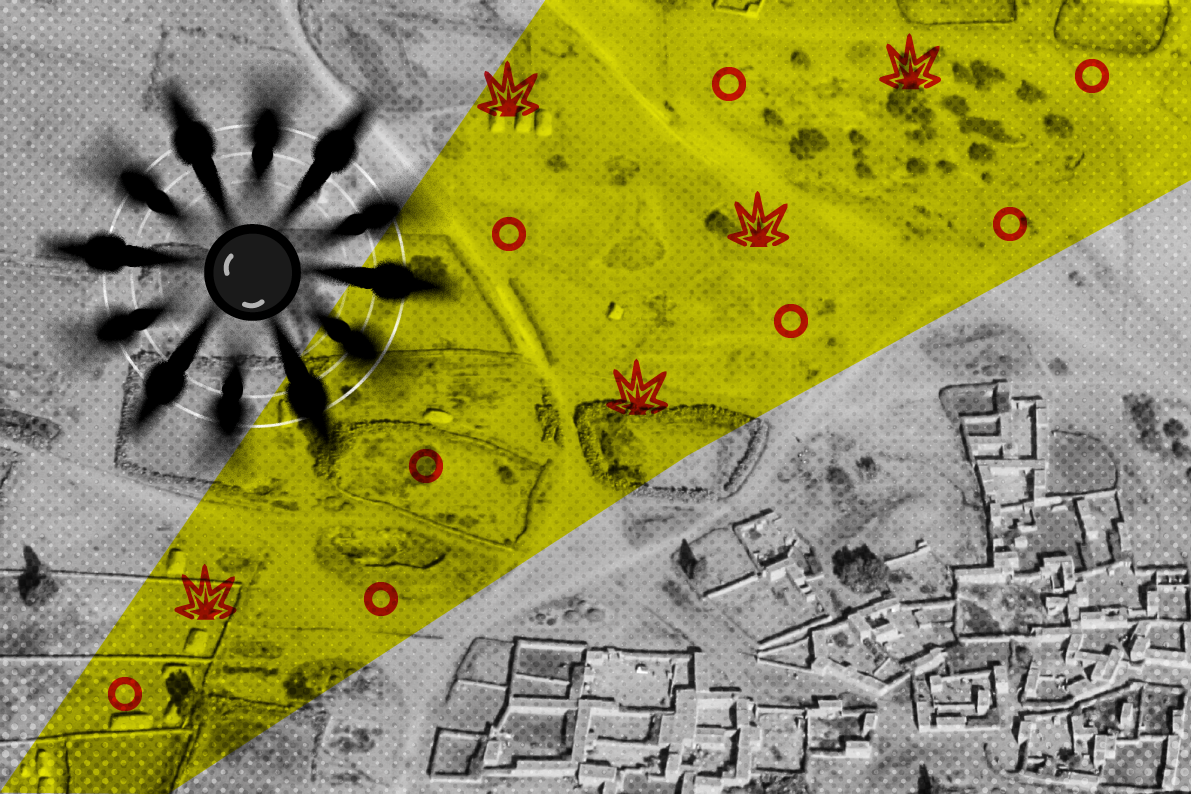 There’s a hot new Kickstarter drone that will rid the world of all its land mines and save countless lives over the next ten years. The only problem is: The project stands a very small chance of getting off the ground.

The Netherlands-based Mine Kafon Foundation has developed a prototype of the Mine Kafon Drone (MKD), a device that the company claims can find and detonate land mines. The developers have made the ambitious (impossible) claim that this device could take care of approximately 100 million land mines in 60 countries.

In 2011, the designer of the MKD, Massoud Hassani, built the Mine Kafon, a tumbleweed-type ball that blows across areas filled with land mines, setting them off. The product gained a lot of press at the time, but some experts didn’t think it was much more than a giant dandelion sculpture.

Mine Kafon at the 21_21 Design Sight in Tokyo

Matt Asher, author of the Probability and Statistics blog created a simulation that shows how inefficient the Mine Kafon is. In his blog post “Kickstopper: Please do NOT give money to build this flawed ‘mine clearing tool,'” James Hathaway, co-founder of Clear Path International, a non-profit organization that assists civilian victims of land mines, wrote that Mine Kafon “is a beautiful work of art, and no wonder, it was developed by the otherwise brilliant designer Massoud Hassani. It is lovely to look at, but in no way would I ever want my family to live on land that has been deemed safe by using by this device.”

Hathaway’s post also quotes Colin King, the leader of the first de-mining initiative in Afghanistan and author of Jane’s Mines & EOD Operational Guide. According to King, “There are so many reasons why this device is hopeless that it’s hard to know where to start.”

Now, Hassani has come out with a de-mining device that works out a lot of the problems from his first effort. According to the Kickstarter campaign, which is currently nearly a third of the way to reaching its $77,464 goal, the MKD first flies over an area, creating a 3D map. Next, it hovers over the area with a metal detector, geotagging the location of detected mines. Finally, the drone takes a detonation device and drops it on the ground where the mine is buried. Once the drone is a safe distance way, the detonation device goes off and destroys the mine.

Ka-pow. No more mine. Brilliant, efficient, cheap, and safe. Right?

So far, the MKD seems to be following the same trajectory as its predecessor. Many tech blogs have praised the MKD, but explosive experts are skeptical. “I doubt the device has the ability to find land mines. All I see is that the device senses metal. There is lots of metal that isn’t a land mine,” Jimmie Oxley, a chemistry professor at University of Rhode Island who specializes in explosive detection, told Vocativ, adding that even if the metal detector worked at the drone’s flight altitude, it would likely pick up on the metallic shrapnel on the ground in addition to any metallic land mines.

Kenneth Hintz, an engineering professor at George Mason University who has developed ground-penetrating radars that detect land mines had more questions than answers “Many land mines are non-metallic. How does it differentiate land mines from clutter? How does it destroy mines?” Hintz told Vocativ.

The idea of a drone that detects and detonates land mines isn’t preposterous. In fact, developers presented research for a drone armed with sensors capable of detecting mines at the SPIE Defense and Commercial Sensing Conference last April. But the MKD design doesn’t seem nearly advanced enough to clear mines on a large scale. And while its funding method certainly gets a lot of attention and spreads awareness, it’s not the most promising way to fund a humanitarian project like this.

Joseph Wilson, a computer science professor at University of Florida who has received grants from the U.S. Army to study sensors and develop algorithms for detecting land mines, is skeptical of crowdfunding a project that will be used by government agencies and humanitarian organizations. “Kickstarters generally are great for funding commercially applicable technologies and ones that will have consumers in the general public,” Wilson said. “Mine detection and remediation systems typically are purchased by governments and NGOs [non-profit non-government organizations]. And to get into a government- and NGO-buying cycle, to place something before them, they really have a whole set of criteria that they’re looking for their systems to satisfy.”

Wilson believes a developer who uses Kickstarter will be more focused on addressing the concerns and interests of commercial funders—issues that might not matter to the organizations that will actually use the technology. “I’d say this is a highly speculative venture,” he said. “I think we’re certain to see some systems that use technology like this in the future. Whether it’s going to be the Mine Kafon Drone, that’s another story.”

The Mine Kafon Foundation did not respond to a request for comment (but it did share photos and concept images of its drone). Their latest de-mining system might end up in a museum like the attractive wind-powered ball that came before it, but a Kickstarter-funded drone is certainly a lot sexier than a military-funded sensor study. The foundation’s work is bringing much-needed attention to an important humanitarian issue—according to Landmine and Cluster Munition Monitor, 3,678 people died from land mines in 2014. Tech innovations are our best bet at lowering those numbers.

But it’s unlikely that the Mine Kafon Drone itself will save many lives.