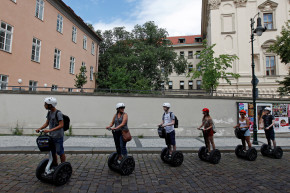 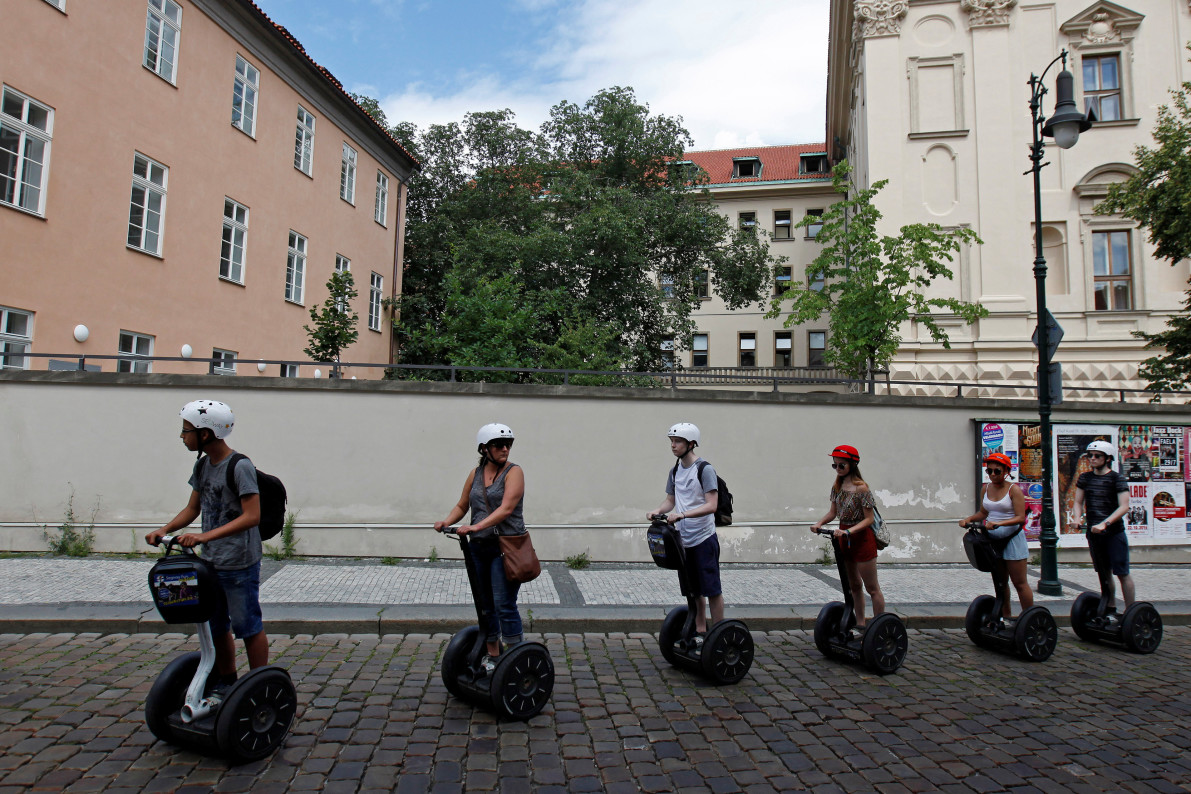 Tourists ride on Segways through a street in central Prague. — REUTERS
By Brian Patrick Byrne
Jul 20, 2016 at 4:34 AM ET

Here’s one way you can no longer see some parts of the famous city of Prague: on a Segway. The two-wheeled, self-balancing vehicles will be banned from sidewalks, bicycle paths, roads, motorways, and other pedestrian areas in the city’s historic center starting in early August, Reuters reported.

The city council’s ban, which Mayor Adriana Krnacova announced this week, will also apply to other parts of Prague, the Associated Press reports. The ban is broader than expected, covering several districts across the Czech Republic’s capital, according to the English-language website Expats.cz, which cited local news media.

Anyone caught riding a Segway scooter after the ban goes into effect will be fined up to the equivalent of $81.59 in local currency, Reuters reported Krnacova as saying. “I believe that Segways do not belong into the center of the city,” Krnacova said, according to Expats.cz. “Everyone who takes a walk through the center must see that sometimes, it’s dangerous.”

Krnacova reportedly said the measure expanded on an original proposal, and that it extended to roads because “tourists riding [Segways] would be paying more attention to the landmarks instead of the transport around them. They would subject themselves and other drivers to danger.”

The Segway Association of the Czech Republic, which opposes the ban, said up to 300 jobs are now at stake, Reuters reported.

According to Czech.cz, an information website operated by the Czech Ministry of Foreign Affairs, the growth of Segways in Prague has drawn rising numbers of complaints, and resulted in some accidents involving the U.S.-invented vehicles.

Because of their unusual appearance and functionality, Segways have long drawn ire from regulators. In the U.S., state governments can decide where to permit the scooters. Only five states don’t have rules regarding prohibitions on the use of Segways, but local regulations may exist in those cases, according to the company.