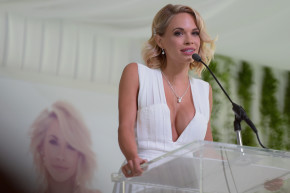 Model Could Face Charges For Snapchat Creepshot
By Tracy Moore 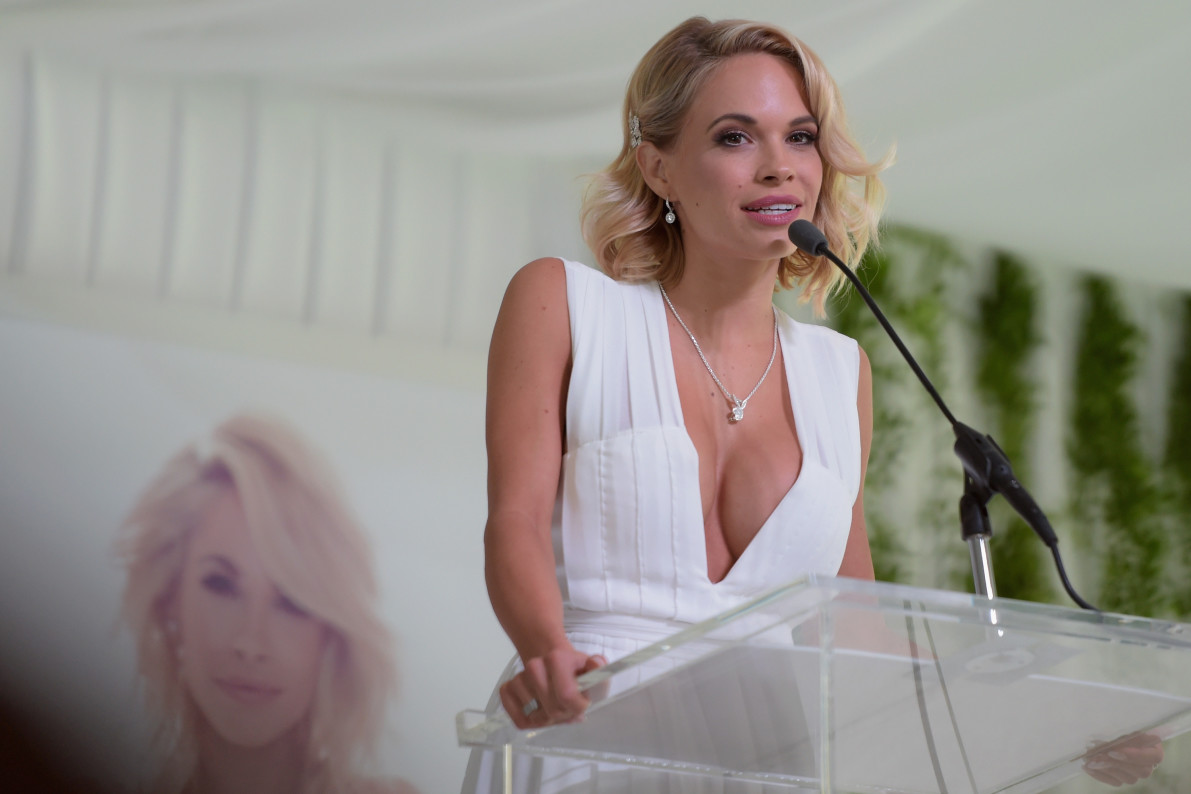 In July, Playboy model Dani Mathers snapped a picture of a naked woman in a locker room as she covered her mouth in faux disgust. She posted it publicly on Snapchat with the caption “If I can’t unsee this then you can’t either.” Now, she may finally face charges.

TMZ first reported that L.A. police have located the woman, in her 70s, who Mathers mocked, and that she has agreed to pursue misdemeanor charge of dissemination of private images, which could land the model in jail for up to six months.

Following the initial incident, Mathers backtracked on social media and attempted to apologize for her actions by saying the locker room photo was not meant to be shared, but she still faced internet outrage, lost her radio job, and was banned from all locations of the gym, LA Fitness, where the incident occurred. Her attorney, Tom Mesereau, who represented Michael Jackson in dodging child molestation charges, maintains that Mathers “never tried to hurt anyone at any time and certainly never tried to break the law.”

Charges for Mathers may feel like overdue justice—but the case, like a myriad of others involving live streaming, social media, and intimate content, continues to stir questions about consent, privacy and the sharing of private images in an age where technology has outpaced the nuance of the law. While it’s logical that Mathers’ actions are a punishable crime, consider that many states continue to throw out cases which revolve around so-called creepshots — unwanted photographs taken up the skirts or down the blouses of unsuspecting women going about their day. According to legal experts, it all comes down to location.

Compare the Snapchat case to a typical creepshot case. On the surface, the two crimes wouldn’t seem all that different: A California woman photographs a naked woman showering in the locker room at a local gym, then posts it on Snapchat. In Oregon, a man crouches down at a Target to photograph up the skirt of a 13-year-old girl walking by. While Mathers could face six months in jail for her actions, a judge ruled that the Oregon man had committed no crime.

The difference here, according to legal experts, is that the locker room is a private place, and Target is not. All states make snapping someone’s picture in private spaces without their consent illegal.

“[The Snapchat gym photo] is a clear case where photographing someone in a locker room in every state is going to be illegal,” said Chip Stewart, a media law professor and associate dean at the Bob Schieffer College of Communication at Texas Christian University. “Those types of photos are clearly out of bounds, whether it’s a hidden camera recording, any phone devices. It’s not about what tech you’re using, it’s that you’re intruding on someone else’s private sphere, and that is punishable under criminal law. The harm happens the second you take the photo. It’s not about the dissemination.”

Only some states would treat the creepshot case as problematic. California is one: The state’s penal code says taking photo or video of anyone when they have a reasonable expectation of privacy — in a bathroom or changing room, tanning bed, bedroom, under or through the clothing (even in public) — without their consent, is a misdemeanor.

Yet getting all states, or the federal government, to treat the Oregon creepshot case and others as equally criminal as the Snapchat case, is an ongoing process that exposes the lag between rapidly advancing technology and laws that fail to address its effects. While states have varying voyeurism legislation, those “Peeping Tom” laws are typically centered around private spaces and disrobing, and don’t include public spaces like the subway, or a park or shopping center.

Massachusetts navigated this distinction recently when they signed a ban of upskirt photos into law in 2014, after a judge ruled that a peeping Tom had not violated a woman’s privacy in Boston when he snapped a photo up her skirt on the subway. The reason? A legal loophole. The law was still written as such that the victim had to be “nude or partially nude” in order for her privacy to be considered violated. In other words, had she been getting undressed in her bedroom, even if visible through the window, he would have been guilty.

“Some states are taking creepshots seriously, but are stymied by the fact that laws aren’t artfully worded or don’t necessarily cover them,” law professor Mary Anne Franks at the University of Miami School of Law, told Vocativ. “The debate here is can a person in public ever have an expection of privacy? To most reasonable people, you don’t expect a camera up your skirt or down your blouse. The problem is, laws tend to be written so that you don’t have that reasonable expectation in public.”

And then there’s the matter of dissemination and distribution, which Stewart says is sheltered by the First Amendment. “It’s hard to make it illegal to distribute something once you have it,” he explained. One exception is if the photos are obscene, but Stewart says a nude photo like the one in the Mathers Snapchat case would not be considered obscene. “To be obscene it needs to be explicit—or think of it as hardcore pornography, appealing to base, prurient interests.”

Franks wants to make clear that people should have the federal constitutional protection that prevents intimate photos — explicit or not — from being distributed online, too. “We don’t want to have to replicate definitions of obscenity here,” Franks said. “A lot of these photos are not obscene, such as in the locker room, but they’re still private. It’s the same with medical records. It’s not about whether they are graphic or not, the reason to not distribute them is because they’re private.”

As states and the federal government continue to suss out these legal entanglements, they are not only working against time to revise outdated laws (or craft new ones), but are also up against rapidly-improving technology that won’t abate while they figure it out. “The tech is just so pervasive, and so cheap now, that it’s really easy to do this stuff,” Stewart said. “We have to make the laws more narrow.”