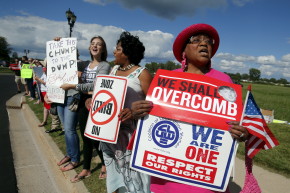 All Of Trump’s Misogyny, Now In One Place
By Ethan Harfenist

All Of Trump’s Misogyny, Now In One Place 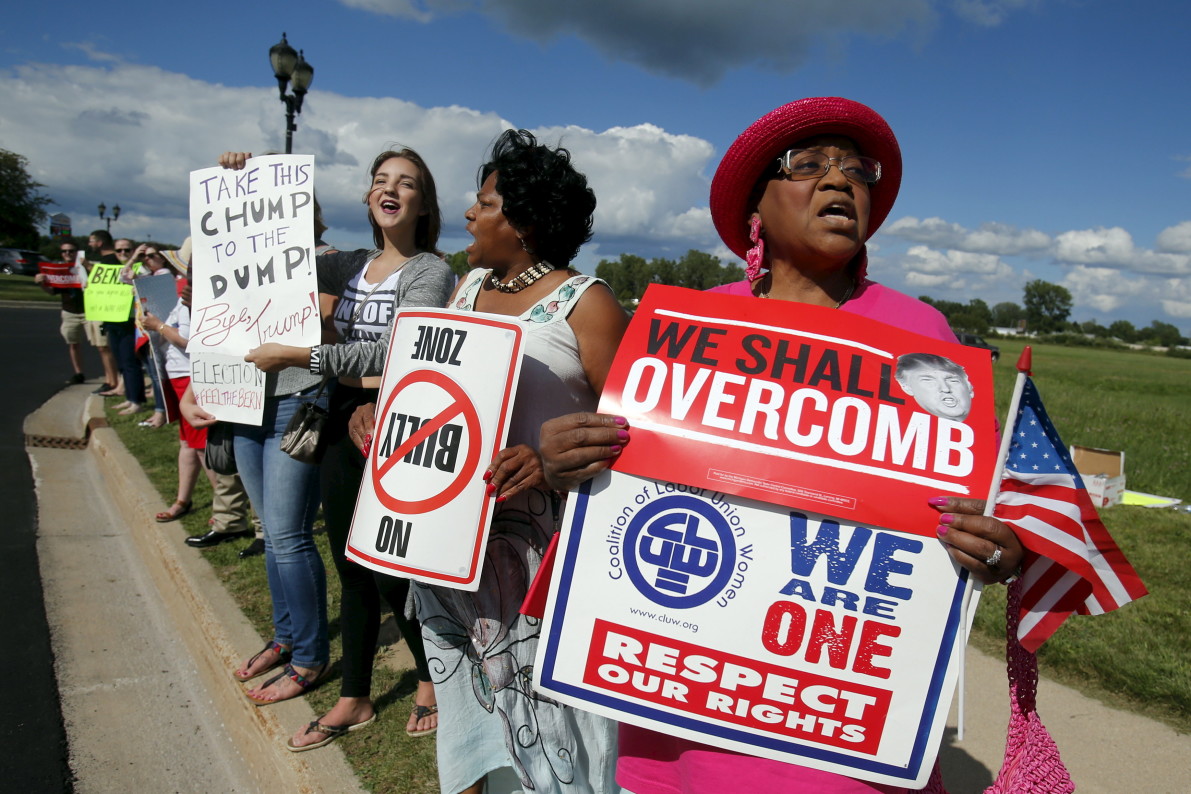 Donald Trump has long been infamous for his less-than-progressive positions on women—but now, those positions are neatly compiled on one handy-dandy website, complete with a nightmare-inducing Trump GIF.

Emily’s List, a Democratic group that works to get pro-choice women elected, on Tuesday introduced a website that compiles the Republican candidate’s checkered history on women’s issues. “Women Can Stop Trump” documents Trump’s “disgusting, outrageous comments and name-calling of women” as well as his policy positions.

The site, a neon mishmash of Trump factoids topped off by that psychedelic GIF, collects years of clips of Trump speaking about women—including instances he said putting a wife to work is a “very dangerous thing” and that you have to treat women “like shit”—as well as posts on his policies and his relationships with his family members. It paints a picture of a Republican candidate that is anti-women’s rights and decidedly backward thinking.

“Our more than three million members are ready to take on Trump. With a candidate like him, it’s no surprise that more women than ever are stepping up to stop him at the ballot box,” said Stephanie Schriock, president of Emily’s List, in a statement. “Trump is simply unfit to be president. He’s a dangerous, divisive fraud who is well-known for his history of offensive anti-woman comments and behavior. His unstable, toxic rhetoric and policies spell disaster for women and families and he lacks the judgment, stability, and experience to keep America safe.”

Schriock went on to lament Trump’s tapping of Governor Mike Pence, who the group considers the most right-wing vice presidential candidate in decades, saying “this ticket is the perfect storm of Republican extremism. “The site also urges women to pledge their support to anti-Trump efforts, share his words with other women, and vote in the presidential election on November 8.

In addition, Emily’s List, one of the largest women’s political groups, also launched another project last week in tandem with Priorities USA—a $20 million effort targeting millennial women during the election cycle. The effort is primarily digital in nature, and the ads show women refusing to read Trump’s words. The first four ads will total a $1.5 million investment of digital programming in nine target states through July and August.

“Millennials are a larger potential voting bloc than baby boomers this cycle, which means tremendous power at the voting booth,” Emily’s List National Press Secretary Rachel Thomas told Vocativ in an email. Thomas went on to stress the power of the ads. “I mean, if we can’t even bring ourselves to say the horrible things that come out of Donald Trump’s mouth, how can we allow our country to have a president who says them?”