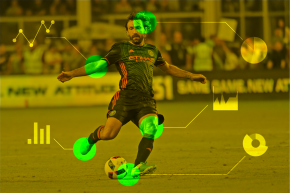 Data Works, But Major League Soccer Can’t Pay For It
By Joe Lemire

Data Works, But Major League Soccer Can’t Pay For It

The culture of U.S. soccer is ready for an analytics revolution, but no one wants to pay for it 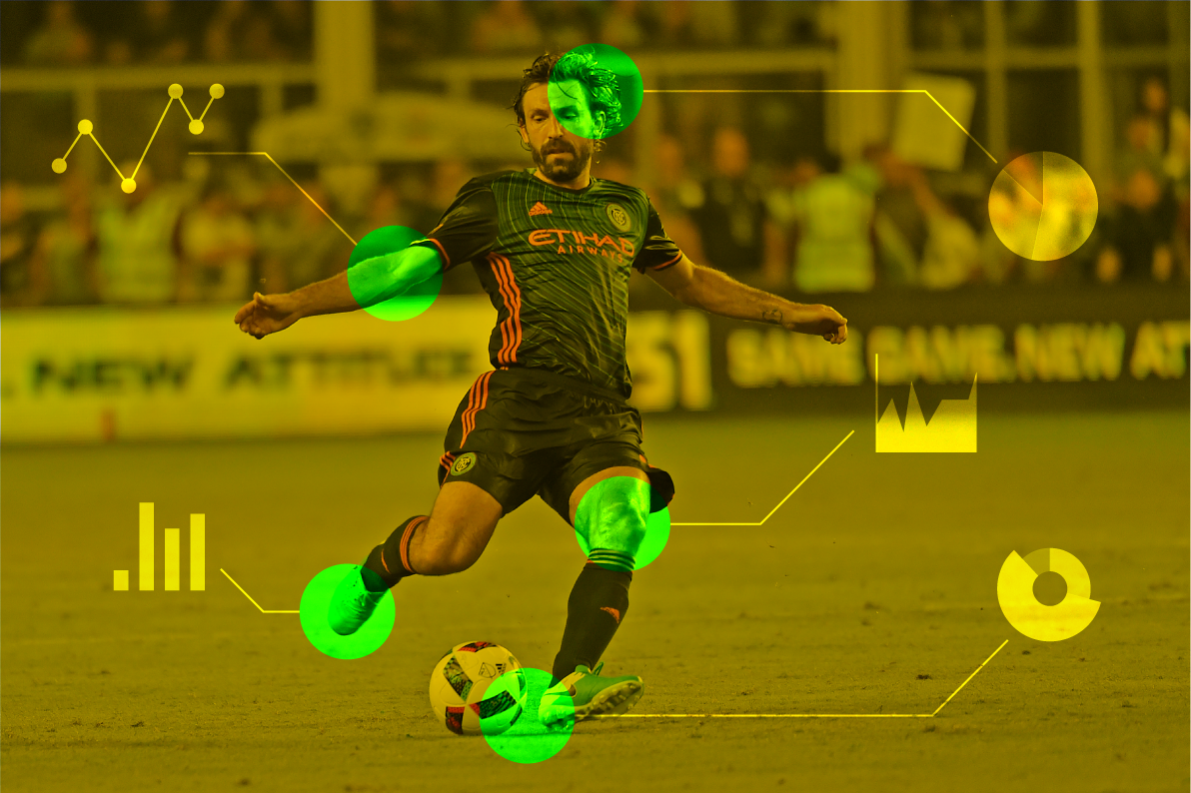 The typical operations assistant in a college soccer program organizes summer camps, places equipment orders, manages logistics, and takes on whatever other grunt work there is to be had. Back in 2013, however, University of Virginia men’s soccer coach George Gelnovatch made an unconventional hire for the position: Oliver Gage, a former Division II player who had been working in the analytics department of Sheffield Wednesday Football Club, a second-division club in his native England.

Gelnovatch and his staff had been dabbling in data outsourced from Opta and Prozone, the two industry leaders in soccer analytics, but he understood that the information had greater potential than he had man-hours to interpret it. From Gage’s work Virginia was able to adopt playing principles like emphasizing shot quality from premium locations, limiting crossing passes in favor of playing through-balls, and promoting quick ball movement.

The payoff? In Gage’s final two seasons in Charlottesville, U.Va. lost in the national semifinal before winning the College Cup in 2014, the school’s seventh national title, despite entering the tournament as the No. 16 seed.

More That Livestream Of A Soccer Game Is Probably A Virus

“I think his work and our attention to detail and analytics played a big part of it,” Gelnovatch said. “It has allowed me to look through different lenses. I can almost look at a game now in patterns, the sense of shapes, teams and how they go forward with the ball—the analytics helps with that.”

After that success, Major League Soccer’s Houston Dynamo hired Gage as a performance analyst, and Gelnovatch suspects that A.J. Barnold, Gage’s replacement, could follow in a year or two as Virginia soccer becomes a de facto pipeline to professional back rooms.

“I don’t think there’s a whole lot of MLS teams that are doing what we’re doing,” Gelnovatch said.

Unfortunately, Virginia is an outlier in American soccer, which lags far behind its European brethren in embracing analytics. The U.S. national teams appear to have only gotten serious about analytics recently and, while there will be 22 MLS clubs by next season, only nine employ data analysts, 14 have sports science staff, and 15 have performance analysts.

Why? Well, interest may be strong, but the budget is weak.

“There are two countervailing forces,” Dan Altman, the proprietor of soccer consulting company North Yard Analytics, said. “The force that you suggest is real—there are more American owners who are interested in using analytics at their clubs, as a share of owners, than in Europe, but there’s less money in MLS. So they may hire one analyst, or maybe one or two. But there are still some clubs that don’t have the three basic pillars working for them.”

Last winter, D.C. United hired Stewart Mairs to run its new data department, which could have an outsize impact given the club’s limited payroll budget. Mairs, who previously was Prozone’s head of U.S. operations, noted that some of the tracking systems integral to analytics can cost $50,000 or more for a season. “If you think about it, that’s three-quarters of a player in MLS,” he said.

“[Usage of analytics is] nowhere near as advanced as other countries,” Mairs said. “It’s strange because of the thirst for statistics and the thirst for numbers in the U.S. that it isn’t [bigger], but I don’t think it’s really necessarily valued as yet.”

At the same time, the opportunity for expansion in the American league is attractive to analysts looking to make their mark. Gage said, had he stayed in England, he might have been a cog in the machine working for decades to become head analyst, but preferred to get an immediate opportunity in the U.S. and grow with the club.

“On the flip side of that, there is less I can do in MLS because of my budget,” Gage said. “It’s just not there right now. It will be, in five, 10 years.”

Gage’s sense of the big picture informs his work with the Dynamo. He recently saw a demonstration of how TrackMan radar—which powers MLB’s StatCast—could be applied to soccer, where five or six players influence most on-field decisions. Full-time use of such a tool could open all kinds of new evaluative measures.

“You can start finding, for example, a player that attracts attention from other defenders and therefore creates space for his teammates,” Gage said. “All of a sudden, you’ve got a guy who maybe isn’t having the on-the-ball actions that you would want, but his teammates benefit because of the attraction he causes from opposition defenders. And then you’ve got a hidden insight right there.”

Data is already changing the way soccer is played. Mairs discussed the use of models endorsing quality shots over quantity—“We’re always looking at the anatomy of a goal and working backwards,” he said—and aiding roster building by projecting how players might adapt to a new style of play.

Last year, the U.S. Soccer Federation announced both a major partnership with Prozone to better equip its national teams with data and video services and the creation of an analytics depot at the StubHub Center in Carson, Calif. (Mairs, who was still employed by Prozone at the time, is quoted in the press release; he also aided the U.S. women’s team with data support during the 2015 World Cup.)

One component of the partnership is access to all international fixtures, which can help prepare scouting reports for rarely seen opponents such as Paraguay, whom the U.S. faced in its Copa America group. It’s hard to outwardly discern how much analytics played a role, or whether the U.S. used more old-fashioned video, but they were certainly ready. The coaching staff moved forward Gyasi Zardes from his usual right side to the left “because they knew I could beat that [defender] in a foot race,” he said.

Asked about preparing for Paraguay, striker Clint Dempsey said, “We were able to watch their last few games that they played, their World Cup qualifying games, the games they had played so far in this competition, and kinda see what their tendencies were and try to figure out how we could exploit them.”

At least one analyst watching the club’s game play area isn’t sure that data has altered X’s and O’s as yet, although it’s probably being utilized in determining which players to invite to training camps.

“I can’t see it from what’s on the field, yet,” Altman said. “There are probably too few matches and too many idiosyncrasies in how [manager Jurgen] Klinsmann sets up the team for me to see a definite pattern that would suggest the use of numbers.

“You would hope that they would use it in team selection to some degree, or at least to become aware of Americans who are playing abroad because there are many, many of them now to become candidates for one of the national teams.”

The leadership of every sport has shown initial reluctance to adopt changes predicated on new uses of data, but one roadblock that more uniquely pertains to soccer is how little formal education many key personnel have had.

“I think there’s some resistance, which is not surprising because soccer is a very old culture, lots of traditions,” Altman said. “The majority of the people who have powerful positions on the field in soccer haven’t even finished high school because they go straight into academies and become professional soccer players.

“That says nothing at all about the intelligence of these people—everybody I encounter is certainly very intelligent. It just means that the communication barrier is a little higher, and you have to work a little harder to convince people of what you’re doing.”

That would seem to be less of an issue in the U.S., however, as the college soccer system historically has produced the lion’s share of top players—although there could be more elite prospects incoming like Christian Pulisic who opt to start their professional careers earlier. While college may induce a more objective thought process, at many schools that exposure will come only from the classroom and not the pitch.

“In the college game, gosh, up to about seven, eight years ago, all you got was a boxscore [with] shots and maybe some student logging down information on a boxscore that was maybe 40 percent inaccurate,” Gelnovatch said. “There’s probably half of them that are still run that way, if not more. It’s not necessarily their fault. It’s just resources and experience.”

All of American soccer is working its way toward having both.