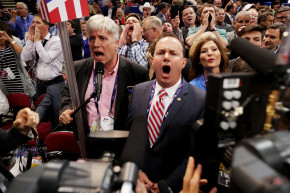 That took all of three hours 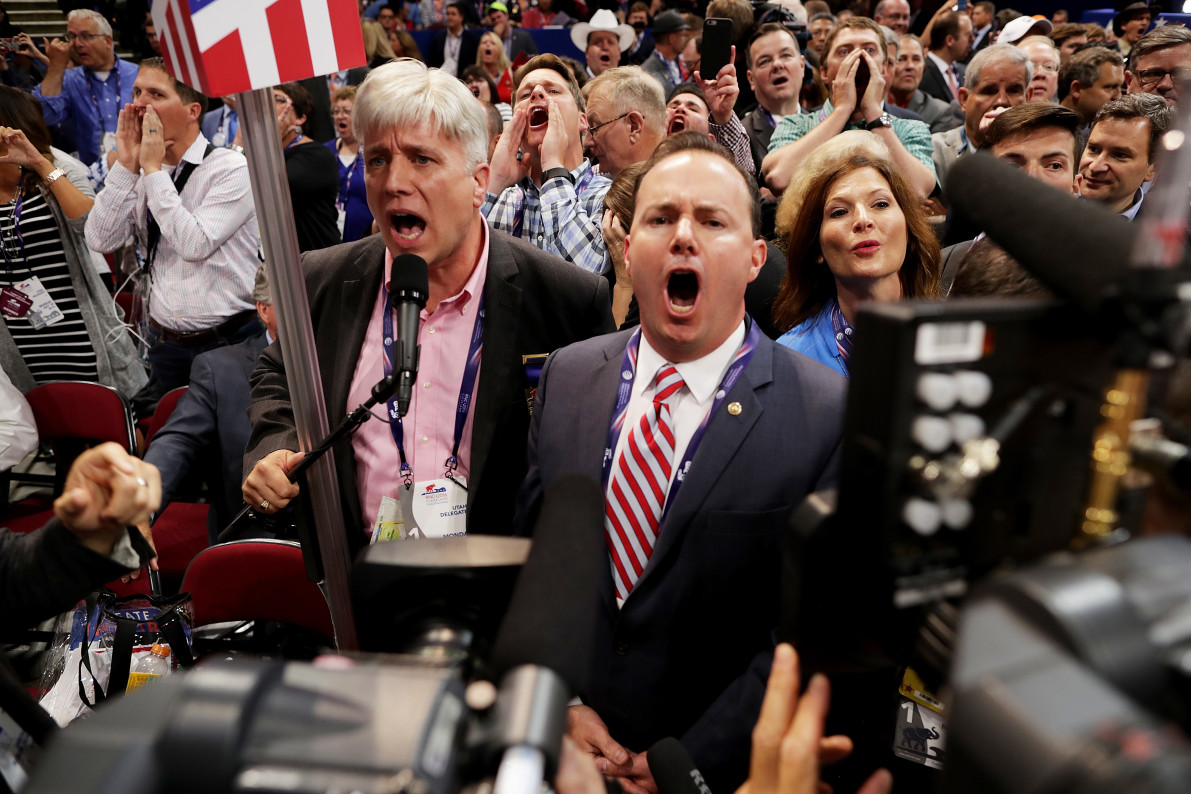 Well, that didn’t take long. The Republican National Convention spiraled into chaos on Monday afternoon—just hours after it kicked off—as delegates of the Never Trump movement pushed for a role call vote on convention rules, that could have open the door to blocking Trump’s nomination.

The Never Trump delegates, an informal collection of delegates united in their opposition to the presumptive nominee, had been a planning an action to disrupt the convention for months. The plan was to gather signatures from a majority of delegates in at least seven states (the minimum required by the RNC bylaws) and then force a vote on convention rules. They’d hoped to end up with a new set of guidelines that would unbind their vote from their primary or caucus result and allow them to vote their “conscience”—i.e. against Donald Trump.

At around 4 p.m., Never Trump delegates, who claimed they had a majority from nine states, began chanting “roll call vote!” inside the Quicken Loans Arena in Cleveland. Eventually the pleas reached a volume that could no longer be ignored. Arkansas Representative Steve Womack soon called the convention together, but it wasn’t for the role call vote that Never Trumpers had requested. It was a voice vote that essentially equated to a battle of who could scream louder.

WATCH: Here’s the chaos after @realDonaldTrump supporters shut down #NeverTrump forces at the #gopconvention#NBC4pic.twitter.com/JjtxKgWXom

After two sets of screams for “aye” and “nay,” Rep. Womack announced that the “ayes” had won out (read: yelled louder) and that the rules had been approved.

Many anti-Trump delegates were upset with the refusal of a roll call vote. Utah senator Mike Lee, one of the leaders of the anti-Trump fight insisted that the RNC was in turmoil on its very first day.

“I have never in all my life, certainly in six years in the United States Senate, prior to that as a lifelong Republican, never seen anything like this,” he said. “There is no precedent for this in the rules of the Republican National Convention. We are now in uncharted territory.”

Some delegates, including the entire Colorado delegation, walked out.

Other delegates expressed their disproval on Twitter, suggesting that the GOP is breaking the rules. One delegate even changed his Twitter bio to read “ex 2016 GOP delegate.”

Deciding whether to re-register as an independent or hope the crazy storm passes… — Kevin Cain (@DCLobbyman) July 18, 2016

If the candidate who ran against a rigged system, riggs the system, is the system rigged? #RNCinCLE #RNC2016 #NeverTrump — Andy Aplikowski (@AAARF) July 18, 2016

What’s next for the anti-Trump crowd is unclear. While there’s little the faction can actually do to topple Trump, they’ve already proven a distraction for a nominee who has insisted on uniting the Republican Party. Remember, this is only Day 1.

Anti-Trump leadership text message: “What just happened is outrageous…. But this fight is not over.” #RNCinCLE #gopconvention