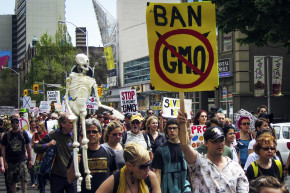 200,000 Petition Obama To Reject GMO Science
By Joshua A. Krisch

As Obama considers passing the DARK Act, which places limits on GMO labelling, thousands of activists are shaking their fists at the scientific establishment 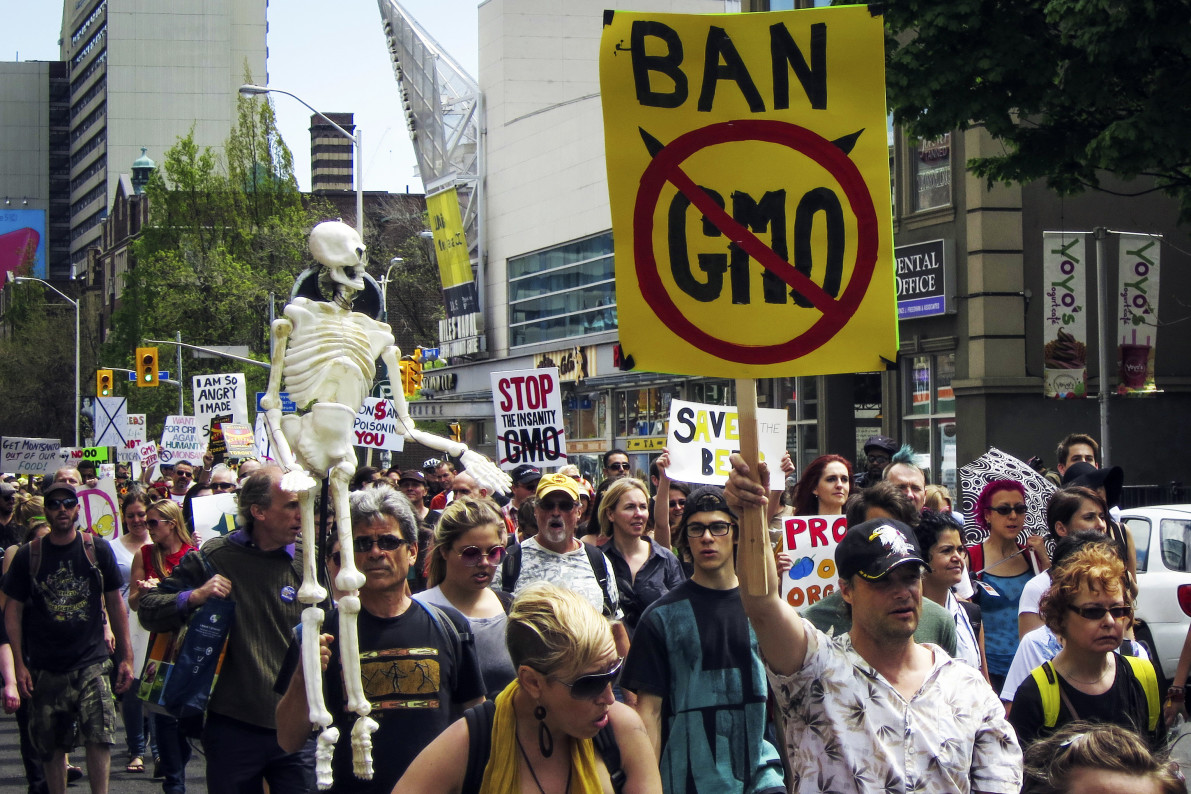 But that hasn’t stopped fear-mongering and pseudoscience from taking over the political discourse. So in a move that will apparently please more than 90 percent of Americans, the House passed bill S.764 on Thursday, mandating GMO labels for food products, either by a traditional label on the packaging or a QR code consumers would scan to learn whether a food contained GMOs. “While there is broad consensus that foods from genetically engineered crops are safe, we appreciate the bipartisan effort to address consumers’ interest in knowing more about their food,” Katie Hill, spokesperson for the White House, told Bloomberg News. “We look forward to tracking its progress in the House and anticipate the president would sign it in its current form.”

For GMO activists, however, this bill remains unacceptable—many think it doesn’t go far enough. Now, GMO activists from roughly 100 organizations have renamed the bill the Denying Americans Right To Know (DARK) Act and are aggressively petitioning President Obama to veto it posthaste.

Their main argument is that the bill discriminates against consumers without cell phones and supplants state laws (such as those in Vermont) that required stricter labels. The resulting bill, they say, is a win for Monsanto and other large corporations who produce poison and then hide the facts behind cryptic QR codes that most Americans won’t use. “It is an intentional measure to deny consumers information,” Massachusetts Democrat Jim McGovern said on the House Floor. “The reality is that not every American has access to a smartphone or the internet.”

Dana Perls, an activist with Friends of the Earth, used even stronger language to describe the controversial DARK Act. “This bill is a travesty, an undemocratic and discriminatory bill which preempts state laws, while offering no meaningful labeling for GMOs,” she told Bloomberg.

Meanwhile, scientists are shaking their heads. Because roughly 80 percent of the processed food in the United States is already grown with genetically modified ingredients—as it has been for decades—and unrestricted GMOs remain our most realistic hope for boosting crop yields and beating world hunger, especially as food supplies dwindle due to man-made climate change. “GMO-free” labels, whether hidden behind a QR Code or not, perpetuate the myth that genetically modified foods are dangerous, delegitimize the GMO industry that could feed billion and endanger the science that has been safely bringing food to our plates for decades.

In other words, scientifically speaking, it would be better if there were no GMO labels at all. So, the argument over how exactly to slap a warning label on food that is perfectly safe is effectively an argument between science skeptics of varying degrees. But if the scientists must choose between the QR Code advocated by the DARK Act or the prominent front-of-the-package warning labels favored by activists, the choice is obvious.

“Front-of-package labels would obfuscate the great benefits we derive from GMOs and represent a setback in terms of technological innovation, environmental protection and the fight against hunger,” professors David Just and Henry Kaiser of Cornell University recently wrote, in an Op Ed for The Hill. “This kind of warning-type label is designed to provide just enough information to scare the uninformed, and is not based on any sound science.