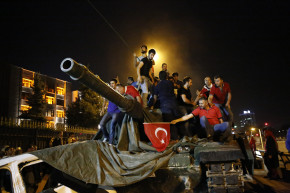 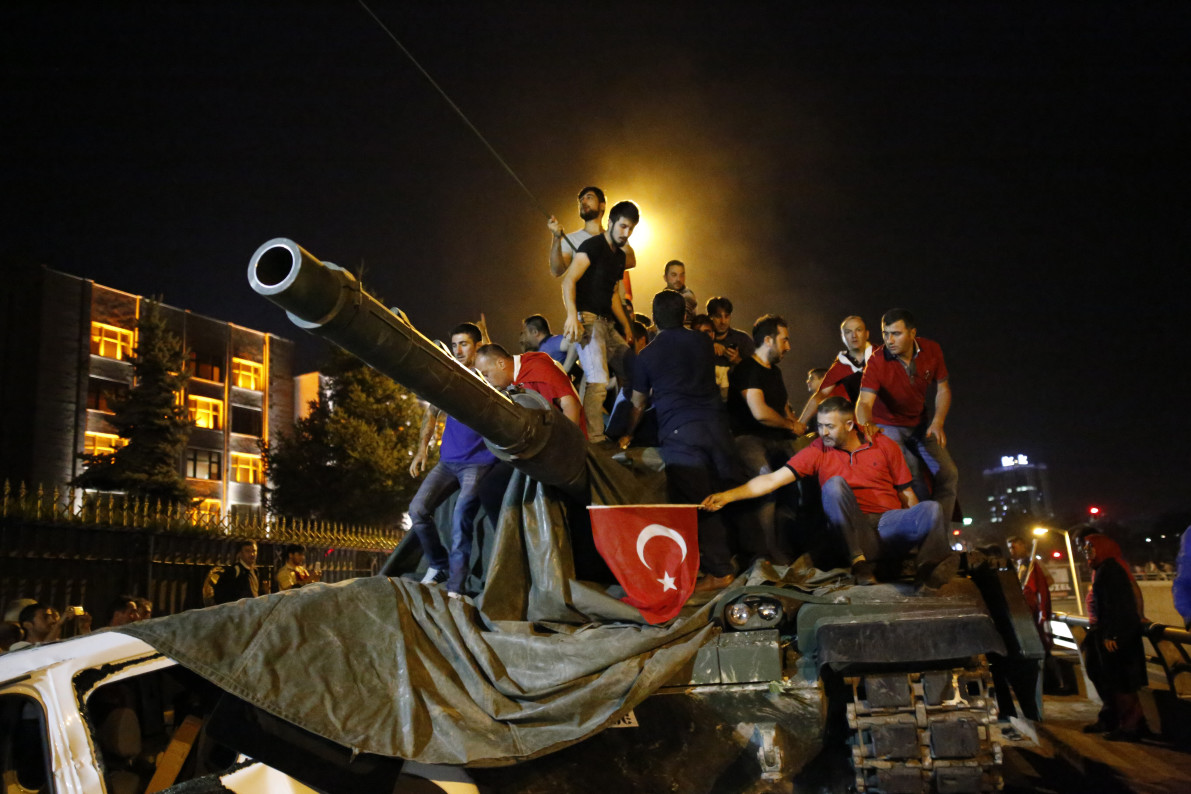 To many people watching the stunning events in Turkey overnight, the coup was nothing but ‘theater’ designed to strengthen President Recep Tayyip Erdoğan’s hand.

By early Saturday morning, Erdoğan was insisting “the government is in control.” At least 90 people are dead, and more than 1,100 were wounded during the coup attempt that captivated the world late Friday night. Members of Turkey’s army tried to seize control by attacking intelligence and parliament buildings. CNN Turk said the military blocked two major bridges in Istanbul.

President Erdoğan had been on vacation in southern Turkey when events unfolded, reported The Guardian, and returned early Saturday. He said in a public statement after arriving at Ataturk airport: “Those who stain the military’s reputation must leave. The process has started today and it will continue just as we fight other terrorist groups.” The Guardian also reported that 120 people involved in the attempted coup had been arrested.

His critics online didn’t buy it.

Translation: He played the victim again. Enjoy the coup, it’s opened the path for his presidency.

On subreddit r/Turkey, some insisted the coup attempt was a false flag. One user claimed Erdoğan allowed the coup to happen so it could lead to him exerting greater control. “If he was positive that it was only a relatively small portion of the military, he could have allowed it to happen, thus exposing any officers opposed to him and giving him an excuse to both restructure the military with loyal members and grant himself more executive powers as President to combat disorder.”

Some Twitter users shared a similar sentiment. “False flag successful: Now Erdoğan will do whatever he wants to end his transformation of Turkey into a Muslim Brotherhood state,” one user claimed.

This coupe looks like a false flag operation by Erdogan, don't be surprised if he comes back with stronger dictatorship

If it's a "real" coup, terrible. If it's false flag ops by Erdogan, terrible.

Erdoğan described the coup as “a gift from God,” and that he was now in a position to remove “members of the gang” from the military, ABC News reported. The coup attempt took place weeks before Turkey’s annual meeting of its military.

The president blamed the coup in part on Fetullah Gulen, an Islamic spiritual leader living in exile in Pennsylvania. Erdoğan, once allied with Gulen, now repeatedly accuses the cleric of using his power to undermine his leadership.

One pro-Gulenist told Vocativ: “Everyone is OK for now, but nobody knows what’s happening right now. Is it a real military coup or a false flag operation by the government to increase its vote playing the ‘defender of democracy’?” One U.S.-based pro-Gulenist group released a statement Saturday condemning criticism of their leader, stating: “Comments by pro-Erdogan circles about the movement are highly irresponsible.”

Another Reddit user based doubts on the apparent failure of the military faction to carry out a series of steps “absolutely critical for its success,” including apprehending high-ranking members of parliament, seizing “important” buildings, taking control of the media, and also based on their claim on their belief that “Erdoğan was super calm.” They added: “Either people who attempted this coup are legit retards or this is false flag.”

Another called out the time of the staged coup as evidence that it was fake. “Coups are done at 5:00 for a reason—everyone’s asleep and no one can react until it’s all over. This one was done literally at prime time 21:30.”

Erdoğan, who leads an Islamist cabinet, has been president of Turkey since 2003. He has faced increasing pressure from dissenters due to the Kurdish insurgency in the south-east, and a mounting string of terrorist attacks claimed by ISIS.