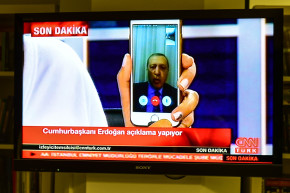 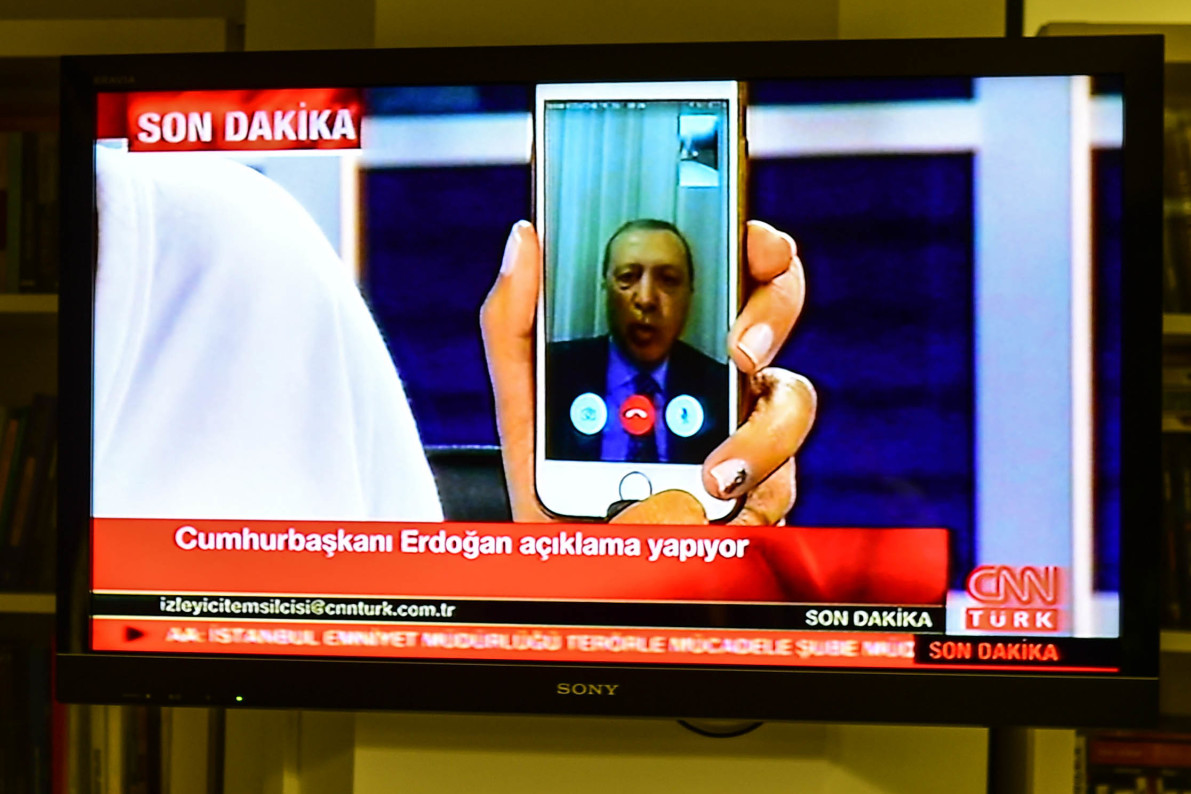 President Erdogan shares his message though what looks to be Facetime — Getty Images
By Ryan Beckler with Adi Cohen
Jul 15, 2016 at 6:02 PM ET

Turkey erupted into chaos on Friday night as parts of its military attempted a coup against President Recep Tayyip Erdogan regime. With access to Facebook, Twitter, and YouTube reportedly restricted and soldiers infiltrating Turkish state TV, politicians and citizens with social media access are doing whatever they can to broadcast the unfolding situation. In an unprecedented use of technology to broadcast his message, President Erdogan spoke live on state television through what appeared be Facetime.

“I’m calling on everyone to gather at public squares and airports,” he said, vowing to end the “occupation.”

Another unprecedented use of social media to document social unrest was seen on Facebook. Dozens of Facebook Live broadcasts from around the country showed people protesting in the streets, waving Turkish flags, and cheering of “Allahu Akbar!” were heard on multiple Facebook Live broadcasts. While Vocativ couldn’t distinguish which demonstrations were for or against the coup, one Facebook Live from Istanbul showed hundreds of Turks can be seen cheering the arrival of the military. The location and time of the videos could not be independently verified.