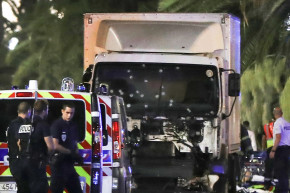 The incident, which took place on Bastille Day, is being condemned as a terrorist attack 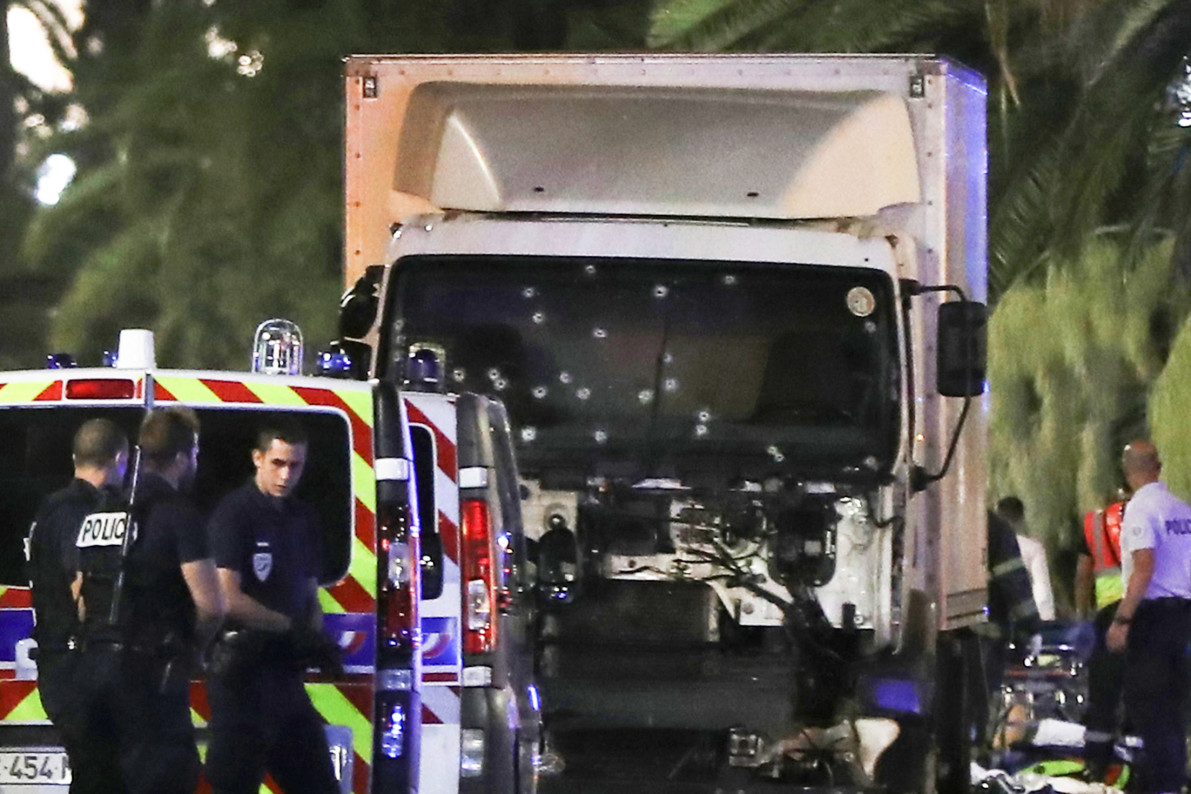 Police stand near a van, with its windscreen riddled with bullets — Getty Images
By Ethan Harfenist
Jul 14, 2016 at 6:24 PM ET

A truck ran into a crowd of people in the French city of Nice, causing scores of injuries and fatalities, according to local reports. The crowd was gathered on Thursday evening to watch Bastille Day fireworks when the vehicle struck, in what local officials are calling a terrorist attack.

Reports from local media say at least 84 people are dead after the incident, which took place at the southern city’s famous Promenade des Anglais. About 100 are believed to have been injured—although the story is breaking and the casualty count is likely to change.

Christian Estrosi, the mayor of Nice, indicated that the attack was planned well in advance. “The truck was full of weapons and grenades,” he said on French television, according to the New York Times.

Wassim Bouhlel, a local Nice resident who spoke to the Associated Press, said he saw the truck drive into the crowd. “There was carnage on the road,” he said. “Bodies everywhere.” Bouhlel added that he saw a man emerge with a gun and start shooting at the mass of people.

“It’s a scene of horror,” local parliament member Eric Ciotti told France Info. Ciotti added that the truck sped down the pavement fronting the Mediterranean, before the driver was stopped by police after “mowing down several hundred people.”

Ambulances and security forces rushed to the scene of the incident, and authorities from the local Alpes-Maritimes prefecture reportedly urged local residents to stay inside.

Reuters reported that regional government official Sebastien Humbert said the truck driver, who drove at high speed for over 100 meters along the promenade before hitting spectators, was shot dead. Humbert described it as a clear criminal attack despite the driver not being identified yet.

Meanwhile, the French interior ministry also confirmed on Twitter that the driver of the truck was killed.

A U.S. official reached by The Daily Beast said that while authorities could not confirm ISIS was behind the attack, they were already listing the group as a top suspect. Still, supporters of the terror group are celebrating.

AFP reported that President Barack Obama was briefed on the attack. Shortly afterward, the president released a statement. “On behalf of the American people, I condemn in the strongest terms what appears to be a horrific terrorist attack in Nice, France, which killed and wounded dozens of innocent civilians,” Obama said.

French President Francois Hollande said it could not be denied that the incident was a terrorist attack. Hollande announced earlier Thursday that the country would not extend its state of emergency, which has been in place since the November 13 terrorist attacks in Paris that left 130 dead. However, given the circumstances, he reversed his decision and decided to extend it three months.

Nice residents are using the hashtag #PortesOuvertesNice, which translates to “open doors [in] Nice,” in the aftermath of the attack.

Bastille Day, or French National Day, commemorates the storming of the Bastille on July 14, 1789, an important event in the French revolution. The Bastille, a medieval fortress and prison, was considered a symbol of the French monarchy.