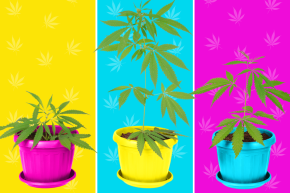 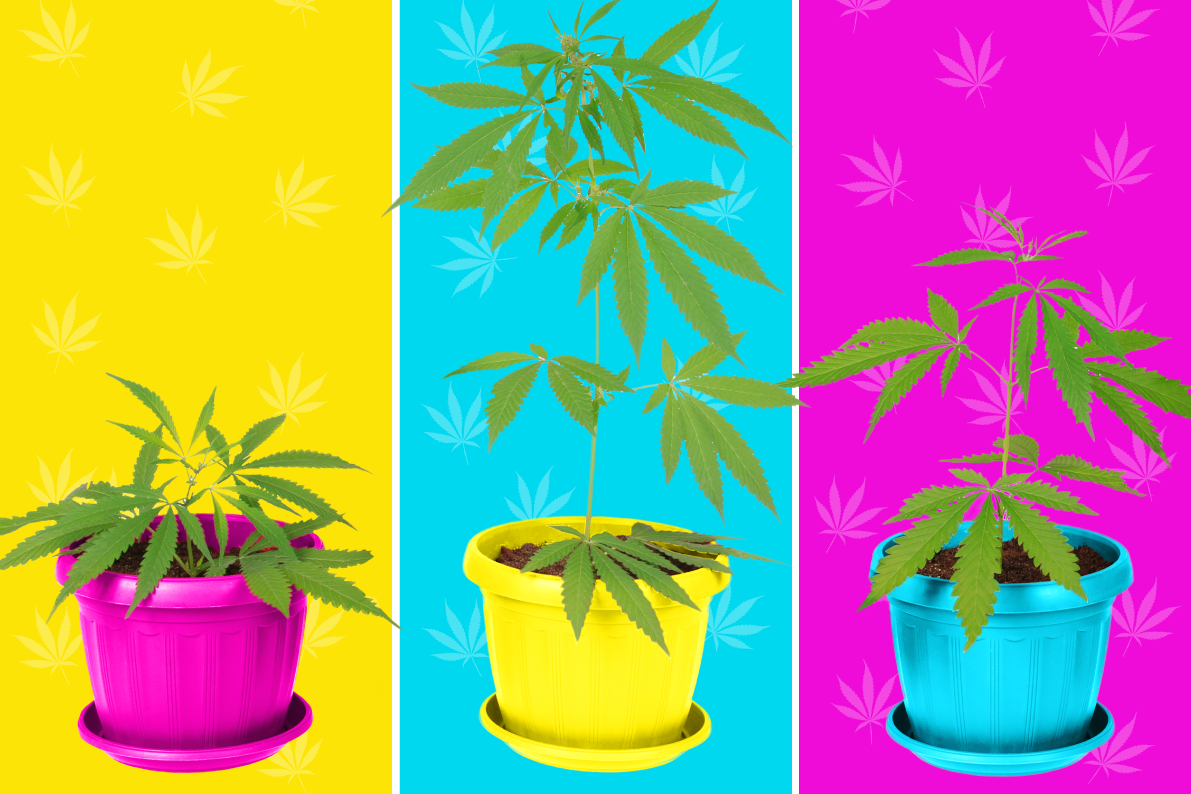 Denver-based cannabis growers have a new arena to flaunt their prized crops. It’s called the Grow-Off, but the rules are a bit different than other tournaments—here, contestants all start with cannabis with the same DNA. According to Jake Browne, a writer at marijuana-centric publication The Cannabist and one of the Grow-Off founders, the contest will produce the most comprehensive dataset ever recorded for a single cannabis plant.

In other marijuana competitions, contestants submit harvests from strains they have developed themselves, often the result of multiple cross-breedings to give the marijuana particular qualities when smoked. Judges choose winners of different categories like best indica (strains that purportedly make smokers feel relaxed and social), best sativa (another strain in which users feel more energetic and upbeat), or best hash (a THC-rich resin produced by burning marijuana).

But in the Grow-Off, announced on April 20, competitors aren’t judged on the genes of the plant they develop—instead, they are tasked with making the best crop from the same starting point. The approximately 100 Colorado-based contestants will receive clones from the same mother plant in August. They will have six months to grow a version of the plant that could win one of three categories: the amount of THC (the compound primarily responsible for the high), the amount of terpene (oils that give cannabis its distinctive smell), and the sheer volume of crop. The organizers behind the competition will run the submitted crops through a gas chromatograph, a tool commonly used in chemical analysis.

Since the plants are genetically the same, it will be up to growers to figure out the right conditions that will produce the best crop. “Personally I like to use a holistic approach when growing cannabis. That means we’re not just blasting the plants with nutrients that are typically synthetic,” said Pete Gay, a grower at edibles company Sweet Grass Kitchen, which is entering Grow-Off. “I like to use microorganisms that promote a living environment in the soil…These beneficial microorganisms regulate the plant’s uptake of nutrients, prevent salt buildup, and aid in the breakdown of dead roots.”

Grow-Off organizers require contestants to keep diligent track of the water and nutrients they give their plants, along with the temperature, humidity, acidity of the soil, and light intensity at each stage of growth, according to Jim Ott, the CEO of Precision Cultivation Company, which focuses on improved production of medicinal marijuana and is the lead sponsor of the Grow-Off.

While trial and error has helped scientists like Ott, who spent most of his career at agrochemical giant Sygenta, come up with the perfect conditions to grow the best fruits and vegetables, woefully little is known about how to do the same for marijuana. “I’ve watched this [industry] evolve. We grow vegetables and flowers in the most sophisticated, scientific way possible,” Ott said. “To see how we’re growing some of the cannabis—it’s like, wow, we have a ways to go with this industry to get this plant up to speed.”

There’s a reason that this science-focused approach has been lacking for cannabis—agricultural studies of this kind were illegal for decades. Though growing the plant was encouraged when the United States was a new nation, regulations have limited the sale of any product containing cannabis since the early 1900s, culminating in its criminalization in the late 1930s. During the 80 years in which science has become professionalized into an industry, marijuana has been off-limits to researchers. Regulatory bodies have hampered scientists’ access to the substance, wrapping it in unreasonable amounts of bureaucratic red tape even as public opinion has warmed and regulations surrounding cannabis, used both medically and recreationally, have loosened.

Furthering the understanding of how to best grow cannabis is the not-so-secret secondary goal of the Grow-Off. Once the organizers of the Grow-Off do the chemical analysis to determine the winners, they will use a statistical analysis to draw a correlation between the results and what the growers did to get them. “No one has cared about how you grew [the cannabis], the environment in which you grew it, etc.,” Ott said. “So this is kind of the first step to applying science to a competition that evaluates how it was produced, not just what was produced.”

The competitors surely know this, but advancing the science that drives their field might not be their primary intention. “We’re in it just to brag. We know we can win this,” said Gay of Sweet Grass Kitchen. “Our entire crew, we are all behind this contest, we all want to win it. We know that we uphold a really high standard here.”

The Grow-Off is currently open for contestants to join. Browne and the other organizers behind The Grow-Off will have the results in February. At least they hope to. “Everyone procrastinates in this industry,” Browne said.

Correction July 27, 2016, 3:35 PM: An earlier version of this article conflated cannabis and hemp, which are not the same. The Grow-Off only pertains to cannabis and the mention has been corrected.