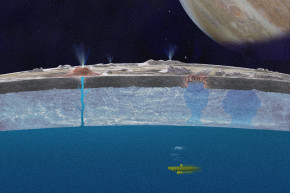 NASA Prepares For Interplanetary Exploration With An Underwater Drone

This could be our best chance at finding extraterrestrial life 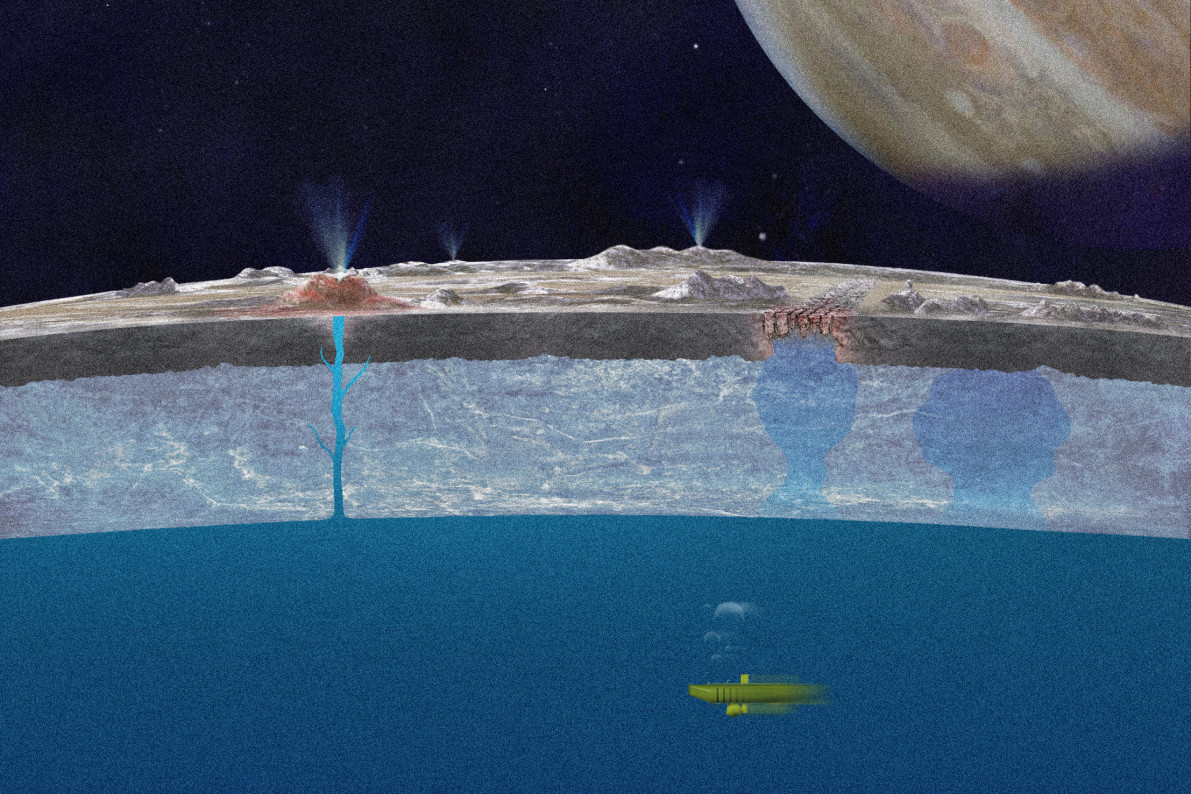 NASA has a plan to use a robot to explore the icy oceans of a planetary body 390 million of miles away—and it could be our best chance at finding extraterrestrial life. But first, they’re practicing in our own unexplored waters.

Beneath the icy crust of Jupiter’s moon Europa, there is likely a massive global ocean of water. And that water could be teaming with life, according to a recent study published in Geophysical Research Letters. Of course, the only way to find out for sure is to send an exploratory robot. But with an environment like Europa’s, a wheeled rover like Curiosity isn’t going to do much good. No, NASA wants to send an underwater drone.

To test the cold waters of this ambitious plan, scientists are experimenting with ARTEMIS, a 25-foot-long unmanned underwater vehicle. Researchers in Antarctica have been submerging ARTEMIS into near-freezing temperatures to study the Ross Ice Shelf—at roughly the size of France, it is the largest ice shelf in the area. The ice reaches a thickness of 2,000 feet in places, but the ARTEMIS team was able to get the machine underwater by drilling through a relatively thin area of ice that is only 20-feet thick. Once underwater, the robot can travel autonomously for miles and return to the point of origin.

“Getting something to go through a drilled hole in the ice and then go off on long range missions is something that nobody has done here before,” Bill Stone told National Science Foundation’s publication The Antarctic Sun. Stone is president of Stone Aerospace, which invented ARTEMIS, “It can be programmed to go along a series of directional points, wherever you want it to go. And it will execute a series of behaviors that we want it to do along the way.”

ARTEMIS is the most recent drone to come out of the NASA-funded Sub-ice Investigation of Marine and Planetary-analog Ecosystems (SIMPLE), a program dedicated to developing robots that can explore the Earth’s most unwelcoming region. Of course, ARTEMIS is a far cry from technology that could drill through Europa’s frozen crust—which may be up 10 to 20 miles thick at some places—and then explore an aquatic alien world. And whatever NASA sends to Europa would have to be much smaller and lighter that ARTEMIS, and far more technologically advanced.

But right now, Antarctica is the closest thing we’ve got, and this is the best way for researchers to determine the biggest challenges of exploring ice-covered oceans and how to make the technology more efficient.

As for getting the drone into the water—NASA is already working toward that. Sometime in the next decade or so, they’re sending a probe to Europa that will scan the crust with ice-penetrating radar and determine the thinest spot. If the ice is thin enough to be drilled by a lander craft, then it might not be long before we can determine whether we have distant alien marine neighbors.