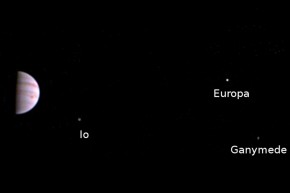 A scene of Jupiter and three of its moons was captured when NASA's Juno spacecraft was 2.7 million miles away from the planet 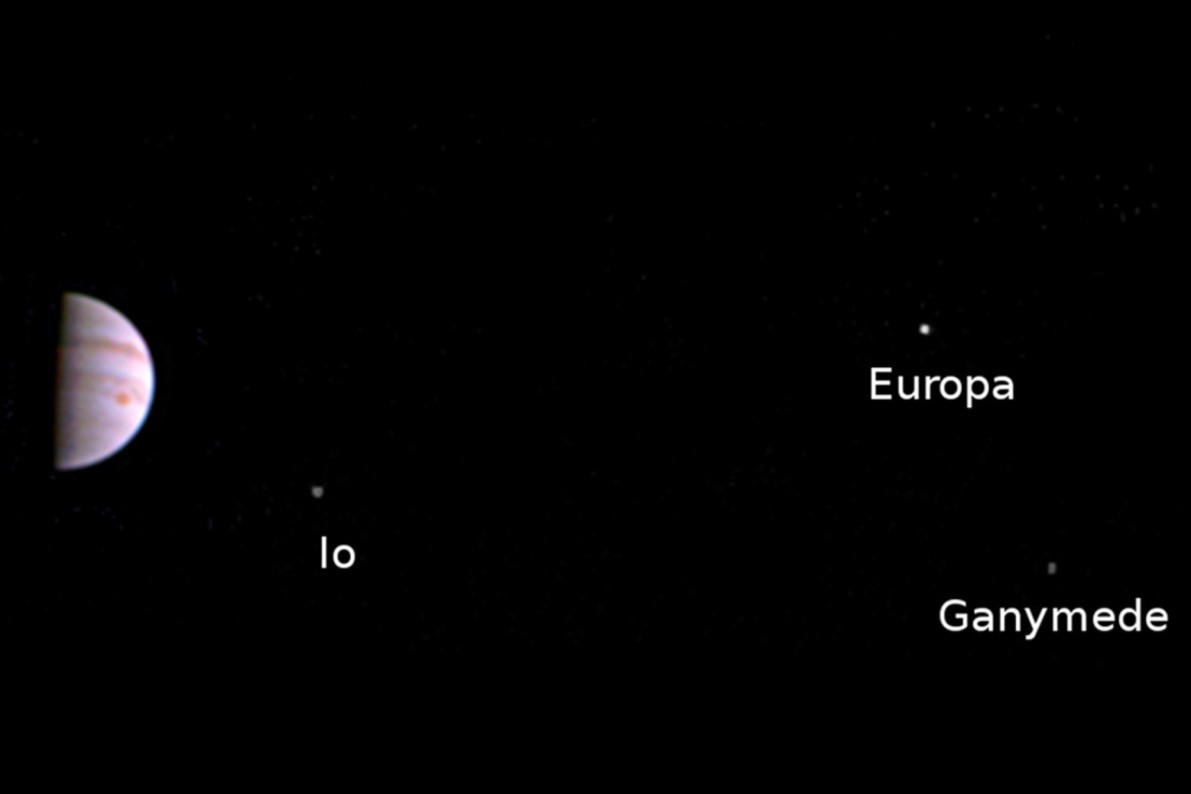 NASA’s Juno spacecraft has successfully sent its first in-orbit view of Jupiter back to Earth, depicting the planet’s Great Red Spot and three of its biggest moons.

An image of the scene, released by NASA early on Wednesday, was taken three days days earlier while the probe was a stunning 2.7 million miles from Jupiter, NASA announced in a news release.

“This scene from JunoCam indicates it survived its first pass through Jupiter’s extreme radiation environment without any degradation and is ready to take on Jupiter,” Scott Bolton, principal investigator from the Southwest Research Institute in San Antonio, said in NASA’s statement.

Aww snap. My first in-orbit view of #Jupiter. Getting up close and personal again on Aug 27. https://t.co/Xw4VHVO6rJ pic.twitter.com/b2FuTpriKf

The camera aboard the spacecraft that captured the view, called the JunoCam, was turned on six days after the probe successfully entered Jupiter’s orbit on July 4 in what was a momentous achievement for the space agency. Now, the camera is “operational and sending down data,” NASA said.

“JunoCam will continue to take images as we go around in this first orbit,” Candice Hansen, a Juno co-investigator from the Planetary Science Institute in Tucson, said in NASA’s news release. The first high-resolution images of Jupiter won’t be seen until more than a month from now, and will be taken on August 27, she added.

The JunoCam isn’t considered a scientific tool for the spacecraft’s team, instead capturing pictures of features such as Jupiter’s clouds and poles for the public.

As it orbits Jupiter over the next 18 months, the probe is expected to circle the planet more than 30 times, getting as close as 2,600 miles. During those “flybys,” the probe will investigate the planet’s clouds and auroras to learn about its atmosphere, magnetosphere, structure, and origins, NASA says.