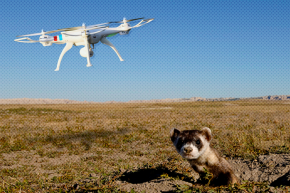 Drones Will Drop Vaccine-Laced Candy To Save Ferrets

The meds will also help protect prairie dogs, which the ferrets eat 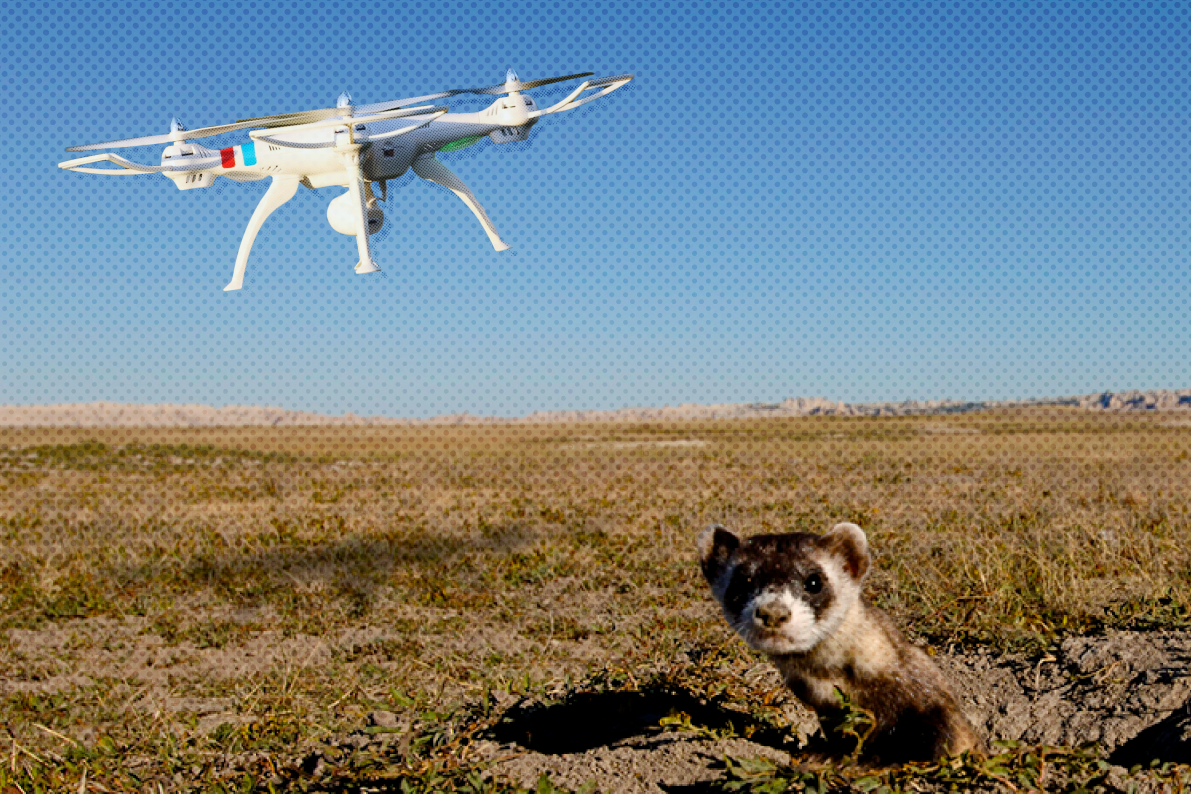 To protect the endangered black-footed ferret, officials from the U.S. Fish and Wildlife Service (FWS) have launched a bold new plan—to launch vaccine-laced bait from a specially made drone over their habitat, The Guardian reports Tuesday.

In UL Bend National Wildlife Refuge in northeastern Montana, there are only 300 black-footed ferrets left. That’s because a flea-borne bacterial disease called sylvatic plague is ravaging populations of prairie dogs, which the ferrets eat and then use their burrows for shelter. The disease can also infect the ferrets. And though scientists have been able to vaccinate individual ferrets, they have been less successful with prairie dogs, which are much more numerous—it takes 100 acres worth of prairie dogs to support one family of ferrets for a year, according to Wired.

After years of failed attempts to limit the sylvatic plague, researchers figured out that they could administer the vaccine orally to the prairie dogs by lacing it into “vaccine-laden, peanut-butter flavored baits,” according to a FWS press release. Park officials tried these out and found that the prairie dogs loved them, but it’s difficult for them to spread the bait over the 1,200 acres of the reserve.

That’s where the drone comes in. The UAV would be specially modified to distribute the bait in three directions, dropping a few pellets every 30 feet or so. At a rate of 50 doses per acre, a drone could cover 400 acres in an hour.

Park officials anticipate that it will “eventually be the most efficient, effective, cost-conscious, and environmentally friendly method of application,” they write in an environmental assessment published in March.

Not everyone supports the plan—some farmers that live near the reserve consider both ferrets and prairie dogs to be pests, so they are less than enthusiastic about a scheme that will boost their populations.

But based on the feedback submitted during the comment period, which closed in June, people overwhelmingly support the plan. It still needs final FWS approval, but the plan could be put into place by September 1.