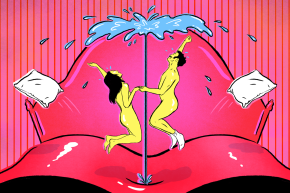 Hey, Sex-Havers. Here’s How You Should Choose Your Next Mattress
By Allee Manning

Hey, Sex-Havers. Here’s How You Should Choose Your Next Mattress 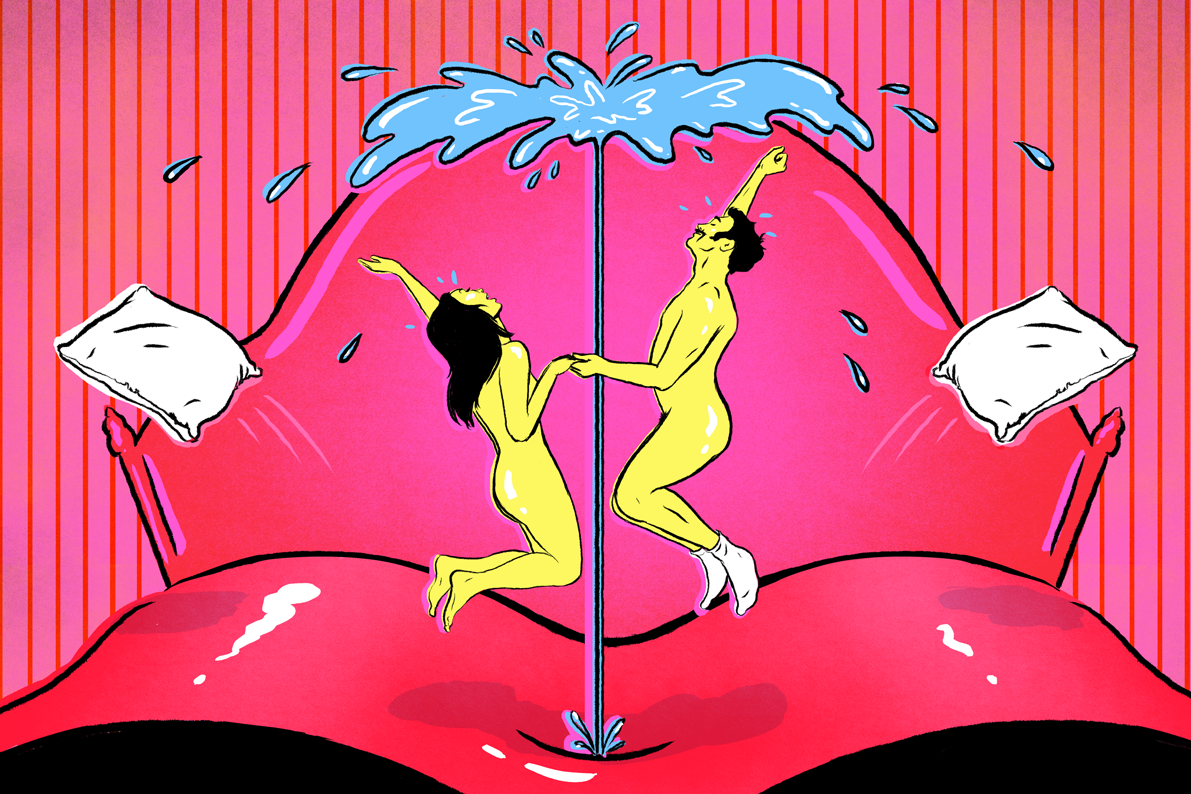 There’s a lot of data points to consider when buying a mattress: size, price, softness, and, of course, how all those factors will affect the bumping of uglies. Because (as even the most vanilla sex-haver knows) mattresses are sometimes used for having sex upon.

The world has arrived at peak mattress technology with more variety in bedding type than ever before (including one specifically designed to tell you whether or not your partner is cheating). It’s rarely possible to properly “test the suspension” in-store, and yet the performance of your mattress and how it affects your own performance is an important factor for sexually active customers to consider—as evidenced by multiple Reddit forums. The motion of the ocean is certainly different on a water bed, for example, but does that mean it’ll be worse for sex than a stiff-as-a-board air mattress? Thankfully, the internet has done the due diligence for us.

Sleep Like The Dead, the self-proclaimed number one source for unbiased and independent mattresses ratings, has gathered data from over 500 “actual mattress owners” (who also affirm that they are actual sex-havers) in order to find out which mattresses are best for the beast with two backs.

The report ranked mattresses in various categories including (but not limited to) whether or not they are “active sex” friendly, allow for discretion, or can be easily cleaned of fluids/stains. Fun!

According to the survey, innerspring mattresses, those with springs inside of them, ranked best for the making of the love across the board, with 74 percent of owners stating that their beds are average or better for sex.

Air mattresses were, unsurprisingly, deemed the worst choice for having sex, statistically speaking. They were deemed uncomfortable, lacking durability, and indiscreet. The circumstances leading to sex on an airbed may, asusmedly have also played a role in that indiscretion (e.g. camping, couch surfing, or being sixteen and losing your virginity at a slumber party). Memory foam mattresses were also seen as a poor choice for sex nearly 40 percent of the time.

A mattress’s virtues as a platform for coitus are at the center of a bitter marketing war that’s been waging for decades. Sex, of course, sells. And it also sells things you can have it on.

With the tagline “Whatever you do in bed, Sealy’s supports it,” the Sealy’s mattress company used a slightly risqué Super Bowl commercial to advertise their Posturepedic line in 2011. The ad, which features roughly half a dozen obviously post-coital couples, closed with the text “It’s better on springs,” a clear dig at the Tempurpedic brand, whose sales were enjoying a solid bounce at the time. (The campaign also featured a far racier French commercial, emphasizing the bounce appeal of its product using a derriére-shaped device jackhammering the foam at increasing speed.)

While the ranking sheds some light on how Americans prefer to bang on the whole, a closer look at the data reveals that opinions are pretty split. Just as many people said that airbeds are good for sex as said that they are poor for sex, with similar distributions for weirdo waterbed sex-havers. The memory foam divide was only two percentage points. The likely culprit for the vast discrepancies is that no two people bone the same and that there’s a huge variety of factors at play.

“Good sex is very subjective,” licensed sex therapist Michael Aaron told Vocativ in an e-mail, adding that interpersonal aspects such as trust, connection, transparency, and authenticity are more important than anything physical. That said, he acknowledged that personal preference should dictate the type of bedding a shopper chooses.

“Anyone engaging in anything that feels energetic will want to avoid those kinds of mattresses that make you feel like you are sinking in. But for some that always prefers soft and caressing love-making, that kind of mattress can feel like an embracing cocoon and so be exactly what they are looking for.” Different strokes for different folks.

The creation of a mattress that is all things to all shaggers is the holy grail, providing something for those who like rough and tumble and the others for whom the word rough doesn’t make it out of the garage. It makes sense, then, that mattress startup Casper, founded in 2014, is working to build a reputation as “the best mattress for everyone,” with a combination of latex, memory, and support foams that embody this horizontal duality.

“The top layer of the Casper is latex foam, which has a healthy bounce and is therefore better for non-sleep activities in bed,” a representative from Casper told Vocativ. “That was a real consideration for our product engineers, who come from the human-centered design school of thought. We spent thousands of hours researching and designing for the ways people actually use beds. That includes sleeping, reading, and yes, sex.”

Sleep Like The Dead gave the mattress a B-minus ranking in its “good for sex” index, with the added note that “unlike many foam-based beds, the Casper mattress has some, albeit limited, bounce.” Bounce, specifically as it pertains to its valuable contribution to pelvic rebound, was one of the characteristics logged by the SleepLikeTheDead survey. “Most people included in our research say that bouncing can help them get into a rhythm for certain sexual positions and thus increase enjoyment,” the site explains.

Finally, a word on data provenance. We attempted, pretty exhaustively, to contact the Sleep Like The Dead people and ask them about their methodology, but ultimately failed to make contact. The data from their site is unsourced, anonymous data from unidentified “message boards and forums” whose users live in online obscurity and claim to have both mattresses and sexual experience. Our experience with internet commenters suggests a less-than-zero chance that neither of those things are true. As such, the survey data is useful in that it raises some interesting questions about mattresses’ place in a healthy sex life, and how you should think about same. But this is not a peer-reviewed study with a large sample and a double-blind control group. It’s a bunch of nobodies talking about the sex they (allegedly) have had on mattresses they (allegedly) own, on an ugly-yet-entertaining website you had never heard of before today.

Don’t lose sleep over it.