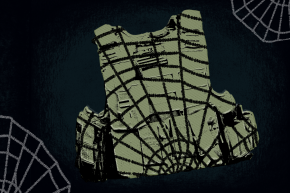 Body Armor Made From Spiderwebs Could Replace Kevlar
By Jennings Brown

Body Armor Made From Spiderwebs Could Replace Kevlar

Dragon Silk could be the future of tactical and performance gear 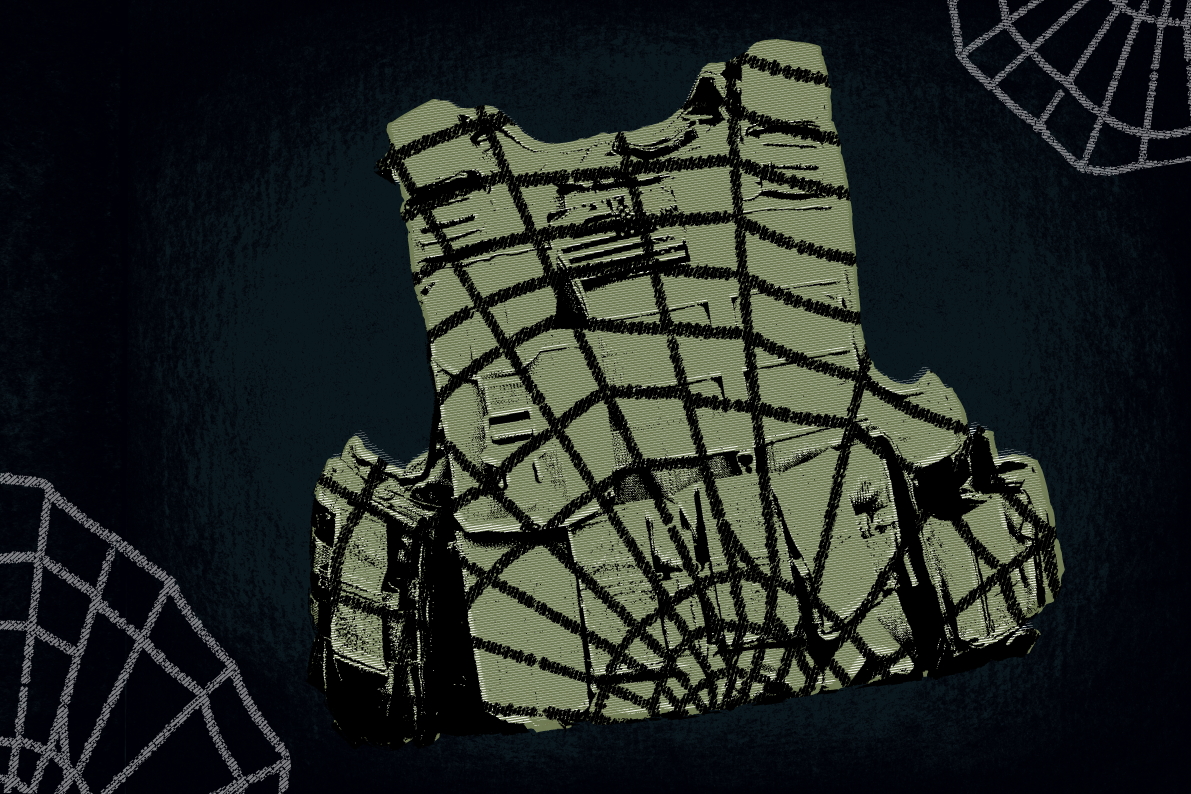 United States soldiers might soon be a lot safer thanks to a little help from silkworms genetically engineered to spit out spiderweb fibers.

Currently, most military body armor is made of Kevlar, a synthetic fiber developed by DuPont in the 1960s. Kevlar is tough enough to stop pistol bullets at a close range, but it’s thick and cumbersome. Kraig Biocraft Laboratories, based in Anne Arbor, Michigan, might have finally created a fabric that can replace Kevlar. The bioengineering company announced Tuesday that the U.S. Army has awarded their lab a contract to develop their silkworm-spider silk, known as Dragon Silk, for military body armor.

“So I said, yeah, we can do that,” Fraser told Vocativ. “Spider silk has a reputation for being one of the strongest biomaterials. They say things like, ‘It’s stronger than steel.’ Of course, that depends on the steel, but it has strength and flexibility properties that are better than Kevlar. But it’s very difficult to harvest large quantities of this from a spider itself.”

That’s the wonder of genetically modified silkworms that can mass-produce super-strong fibers. By 2011, with the help of research from professors at the University of Wyoming, Fraser introduced spider DNA into the silkworm and created a silkworm that produced silk similar to what a spider uses to make its web. Now that Kraig Biocraft has refined the process and created “Dragon Silk,” they’ve gotten the attention of the U.S. Army, which has given the company just under $100,000 to produce samples of Dragon Silk that the Army can run ballistic tests on. If the Army is impressed with the material then they will grant Kraig another $1 million to create material that can be used for apparel.

As Defense One reported, spider silk is two-thirds as strong as Kevlar (spider silk withstands two gigapascals of pressure while Kevlar can take three gigapascals) so the new material probably won’t be a direct replacement. Fraser says the durability of Dragon Silk material depends on the construction and thickness of the cloth, but it will be much lighter and more breathable than Kevlar, which is usually coated with a resin. At the very least, he believes it would make for a protective undergarment that could wick away moisture and be worn in addition to body armor. Think long underwear that blocks knife stabs.

But if the Department of Defense green-lights the project, don’t expect production of these hyper-durable fatigues to happen in America. The U.S. Government would most likely have to rely on established silkworm farms. “The easiest way to do this is to assimilate our strain [of silkworm] into existing sericulture infrastructures in Asia. Right now we’re looking at Vietnam,” Fraser said. “But there, it will be as easy to make as normal silk.”

Regardless of whether the Army decides to use the material in combat uniforms, the technology could be a boon for performance gear, according to Kraig Biocraft chief operating officer Jon Rice. “Beyond simple protection, or genetic editing techniques allow us to incorporate additional material features such as antimicrobial capability at the genetic makeup of the fibers,” Rice said. “We see a future where instead of compromising for the best available option, materials are easily designed and optimized for purpose.”

With talk like that, it’s only a matter of time before they start collaborating with the likes of Nike and Under Armour.