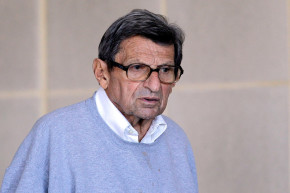 New court documents reveal damning testimony that Paterno was alerted of Sandusky abuse in 1976, but Penn State fans do not care 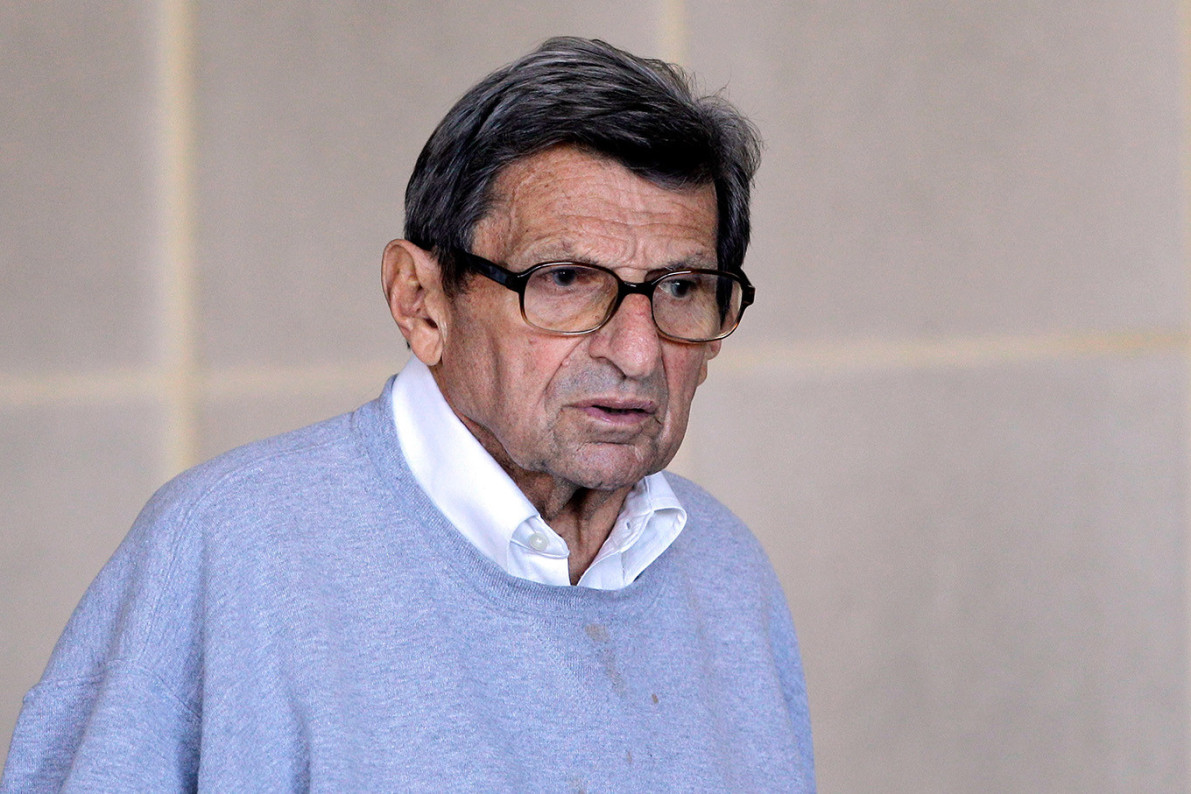 A man who claims he was sexually abused by Jerry Sandusky in 1976 testified in court that he alerted Joe Paterno of the incident the day after it occurred, the most damning evidence yet that the iconic former Penn State football coach was aware of child abuse perpetrated by Sandusky for decades and did little to stop it.

Identified as John Doe 150, the man testified that he attended a Penn State football camp when he was 14 years old. According to the testimony, while showering after practice, Sandusky stuck his finger into the boy’s rectum. After telling Paterno, the man claims Paterno said “I don’t want to hear about any of that kind of stuff, I have a football season to worry about,” and walked off.

The testimony was released Tuesday morning upon request by numerous media outlets, and it was given as part of a legal battle between Penn State and its insurer over who should be responsible for settlement payments to Sandusky’s victims.

Sandusky is serving a minimum 30-year prison sentence for his crimes. Numerous assistant coaches have copped to being a aware of or directly witnessing abuse by Sandusky over the course of decades. At this point, it’s incredibly difficult to believe that Paterno was somehow the one person who wasn’t aware of what was going on, but guess who still doesn’t think JoePa knew? Penn State football fans!

Vocativ read through Rivals.com’s Penn State message board—known as one of the worst JoePa truther cesspools—to see if these Nittany Lions fans were finally convinced that their beloved football coach actively ignored Sandusky’s serial child abuse. We found that rather than acknowledging JoePa bears some responsibility for what happened, they tend to lay the blame on two parties: the victims and the media.

“This is such an asinine description of events from this victim. It is the most patently coached deposition I have ever read,” said user Ram2020 of the victim’s testimony, presumably leaning on years of experience with sexual abuse depositions. “First off, sexual assault victims, particularly at that age, are notoriously discreet and embarrassed about what happened to them. You mean to tell me that this kid was freely discussing this walking down a hall within ‘3 to 5 ft’ of several other adults? Truly an unprecedented concept related to child sex abuse victims. [sic]”

Ram2020 wasn’t the only self-proclaimed expert on the behavior of sexual assault victims as this sentiment was echoed throughout the forum. Others questioned the victim’s motives given that he received a settlement from the university, seemingly oblivious to the fact that Paterno and the university had financial incentive to the tune of millions per year to sweep the abuse under the rug while Sandusky helped mold Penn State into Linebacker U.

“And he waited 40 years to do or say anything about it?” user joeparules said of the victim’s testimony. “Why wait so long? Ohh, I guess he had 2 million reasons to come out now!? [sic]”

Fans gave the media grief for reporting this story, or as they put it, “spreading lies” with “click bait.” Many called for media organizations reporting on the newly released testimony to be sued for libel or defamation, because apparently testimony from court documents released to the public by a judge isn’t fair game under the First Amendment.

“Does freedom of speech also allow malicious, deliberately harmful remarks to cause harm or pain to another?,” begged user step.eng69. “The family Paterno, alumni, The University. Can anyone be held responsible for their remarks?”

Others alluded to a media conspiracy stemming from the fact that numerous outlets had been able to report on testimony so quickly after its release, apparently oblivious to the fact that media requests are what lead to the testimony’s release in the first place.

“Since we are following the story closely, and since nobody here has discussed this release yet, it seem to me that this is a coordinated effort to get the media to talk about it,” said user Ten Thousan Marbles. “So, the question ought to be: Who is leading that coordinated effort? … But, I do want to know how media people got this so quickly. We know they are lazy. Somebody is feeding it to them.”

The entire discussion is a case study in denial, one that seems to be written and rewritten any time a college football team’s coaches or players are involved in sexual assault, which happens quite regularly and will continue to happen as long as American universities remain under the impression that their best branding strategy is to pour money into football and let its coaches and players do whatever they want.