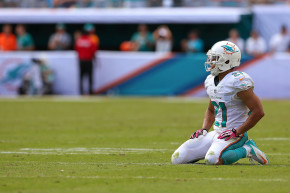 Miko Grimes, wife of Brent Grimes, has a long history of getting some takes off, but this time she really went for it 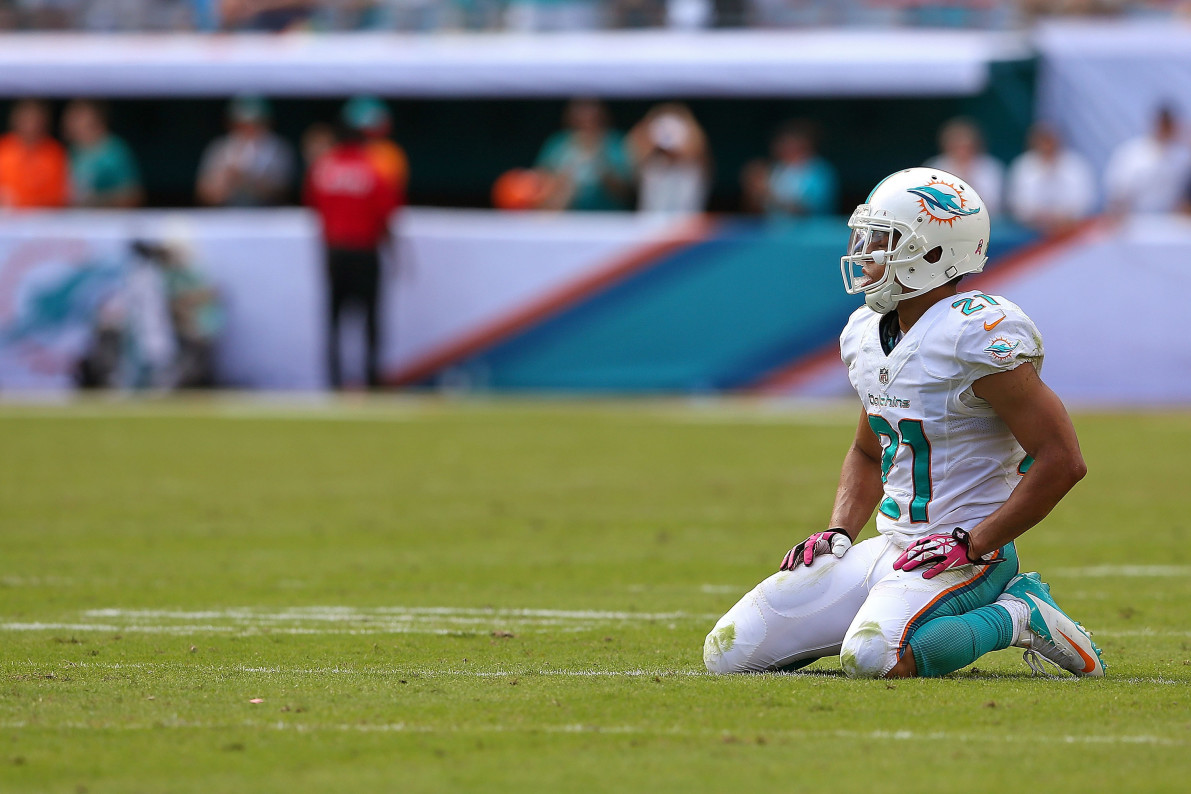 Miko Grimes, the wife of the Tampa Bay Buccaneers cornerback, Brent Grimes, took to Twitter at 1:50 a.m. Monday morning—which is always a great idea—to sling a bunch of anti-Semitic dreck at the general manager and owner of her husband’s former team.

Stephen Ross and Mike Tannenbaum are, in fact, Jewish, as are Buccaneers owners Bryan, Edward, and Joel Glazer and Darcie Glazer-Kassewitz. To date, Grimes’ current employers have declined to comment. When confronted by Fox Sports’ Jay Glazer, who has worked with her husband, she asked him to perform a physically impossible feat.

Ms. Grimes has since deleted the anti-Semitic tweet in question and her account is now private, so if you would care to hear more of her 140-character musings and/or scorching hot takes on the Dolphins franchise and players, you’ll have to get her permission. But Mrs. Grimes was eager to expand on her ideas to the press. An odd choice, considering, as the common antisemite talking point goes, Jews secretly control the media.

“When I wrote ‘jew buddies’ I was speaking about how a lot of communities (Jewish, Christian, gay, sometimes fraternities and sororities) will hire their ‘own people’ for jobs before others,” she said in a statement to ESPN. “That’s a fact! Why people find facts offensive is strange to me. And now im a racist? Lmao! How?”

Anything else, Ms. Grimes?

“If what I said is racist or anti-Semitic, why isn’t it also racist to only hire their own?” she continued (for some reason). “America is just an easily offended, fake reacting, bunch of cry baby a– p——! Anyone that thinks I’m a racist needs to build a f—— bridge and get over it. I’m not a racist, I’m a realist.”

She regurgitated a similar, though less expletive-laden word salad when reached for comment by the Tampa Bay Times, adding that these acts of collusion were a pretty nifty racket, one she seemingly wishes she could partake of herself. “I’m actually quite envious of them. I think its dope!” she wrote. “What would I have against Jewish people?”

Not that this is the first outburst on Twitter for Mrs. Grimes. She’s lashed out ay Dolphins beat reporters and starting quarterback Ryan Tannehill, tried to tweet through it when her husband was released by the team in March, and (rightly) lambasted the NFL for its issues with domestic violence, concussion protocols, and player safety after the league docked her husband for missing practices during the Pro Bowl.

Before signing a two-year, $16.5 million dollar contract with the Buccaneers, three general managers anonymously claimed that her ongoing Twitter antics would prevent them from offering Grimes a contract and the Dolphins’ owner said after his release that, yes, her tweets were a factor in their decision to cut Grimes. “I think everybody knows what she represented,” Ross said, according to the Palm Beach Post. “I thought it was best that the Dolphins move on from Brent and Miko.”

But Monday’s early morning screed presented quite a quandary for the fine folks at Stormfront, who discussed her tweets in a forum titled, “Negress wife of NFL player insults Jewish executives for being Jews,” which asks, “Will the Jews punish their pet?”

A worthy topic of discussion, indeed. For DacianPride, it was reason to celebrate. “I’m happy this baboon is advancing our cause,” he wrote. “Notice how the tribe have no comment. Negros are usually zionist bootlickers.” [all SIC, because neo-Nazis don’t have the faintest clue about spelling, grammar, and syntax, apparently]

Others vented that Grimes’ bigotry was an example of privilege.

“Negroes are allowed to be antisemitic with very little hubbub,” DyingBreed1978 wrote. “Furthermore, negro women are infamous for never apologizing or backing down. The more they press the sheboon, the more she will doubledown, getting louder & “mo’ ig-nat.”

In response, soldat1gott declared that, “Blacks will always be “house boys” for the Jews when it means a million dollar contract to chase a ball up and down a field or court. Money talks and BS walks.”

In sum, the world is an awful place. Let’s all go back to bed for the foreseeable future.