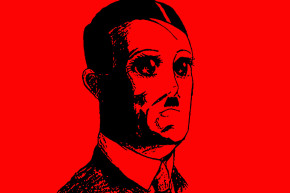 Hacker Gets Two Years In Prison For “Swatting” Enemies

The ultimate hacker prank lands another behind bars

A hacker known for his short temper and anime Adolf Hitler avatar has been sentenced to two years in prison, in part for “swatting”—making false claims to the police to get them to storm the homes of his online enemies.

The hacker, 22-year-old Mir Islam of New York City, had pleaded guilty in 2015 to a pattern of online harassment against, among others, a University of Arizona student, including making calls to local police to have them rush to campus. Prominent security blogger Brian Krebs has written that he, too, was swatted by Islam.

Known online as JoshTheGod, Islam was a leader of the small hacker group UGNazi. Though UGNazi was ostensibly a hacktivist group opposed to U.S. government overreach, the FBI busted Islam in 2012 as part of a massive sting against 24 alleged members of a credit card fraud ring, thanks to a “carding” site that was actually created by the FBI itself.

At least one other American is currently serving a prison sentence for swatting: Matthew Tollis, sentenced in October to one year for calling two New Jersey high schools in consecutive days with bomb threats.

Congresswoman Katherine Clark (D-Mass) tried to introduce a federal law against swatting in 2015, though her bill never passed the House. An unknown perpetrator then swatted her in February.