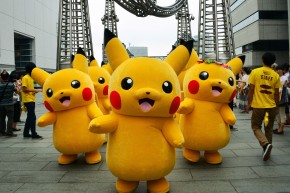 Pokémon Go Has Infected Baseball, The End Is Nigh
By Joe Lemire

Pokémon Go Has Infected Baseball, The End Is Nigh 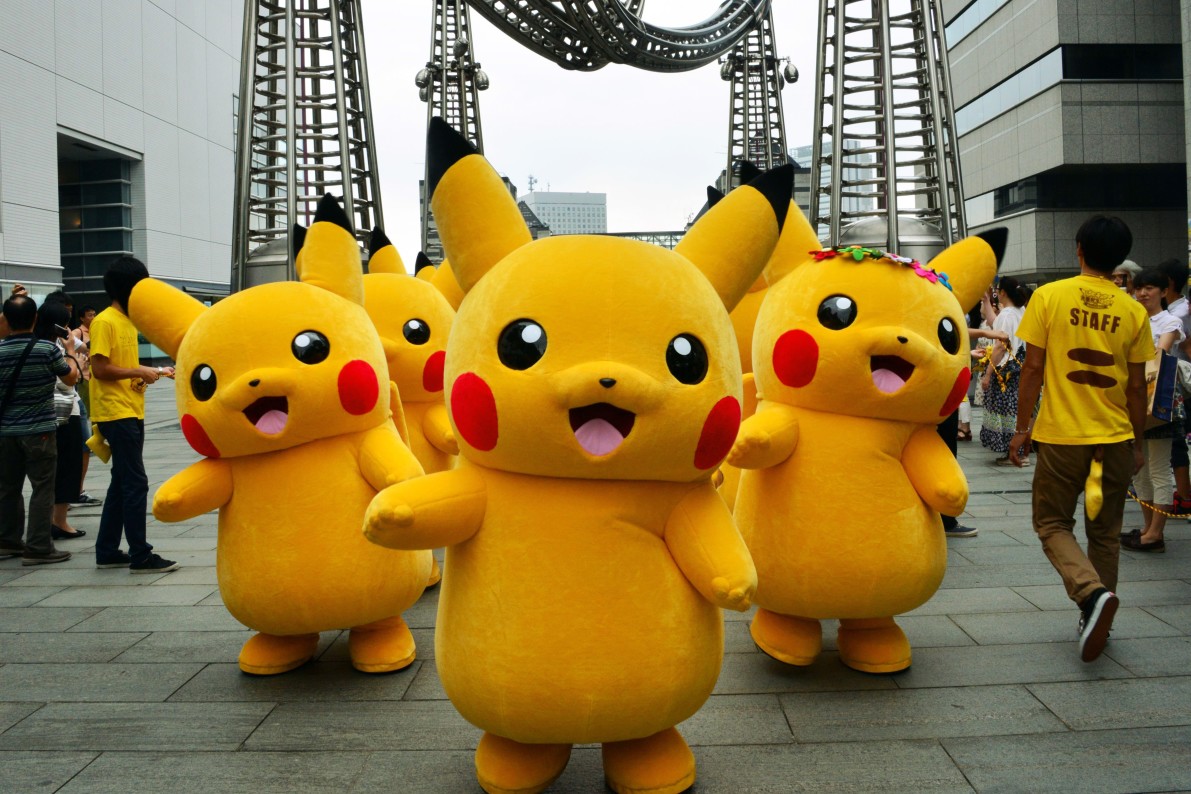 The hour or so between the end of batting practice and the start of a game is often a sacred time for baseball players as a period of relaxation, meditation, or visualization. When a few Durham Bulls started meandering around the outfield—smartphones in hand—staff eyebrows raised in curiosity.

Similarly, in between games of a doubleheader on Saturday, a fan requested access to the field. (At least he didn’t streak to get on the field?)

Hey @DurhamBulls there's Pokemon in center field and just outside of shortstop. You don't mind, right?

“We got tweets of that nature throughout the weekend and people taking photos of Pokemon throughout the ballpark,” director of communications Matt Suter said, “so we said, ‘OK, this is a thing. Let’s roll with it.’”

Caught a Pokemon while watching not one, but two @DurhamBulls games #blessed #lifeisgood pic.twitter.com/BdBGqSINAd

The famed snorting bull out beyond Durham Bulls Athletic Park’s left-field wall has even become a gathering spot for phone-toting fans this weekend.

“Right around the bull is a hot spot,” said Bulls general manager Mike Birling, who also reported that his two teenage sons have been wandering in pursuit of characters all weekend. “You had all these fans underneath the bull trying to catch these things, but there was a bunch of them that they had no access to because they were down on the other side of the wall.”

Ergo, Suter suggested opening the ballpark to all comers, which will happen Tuesday for those donating $5 to Second Chance Pet Adoptions.

The Bulls, who are the Rays’ Triple A affiliate, are hoping a few of their players will be around—it is, however, the minor league All-Star game as well—to mingle with the fans in collaborative exploration. The event will be purely social, so those worried about Nuke LaLoosh hurling baseballs at a Pikachu the way he did at the bull mascot can rest easy.

Other minor league teams have, rather predictably, gotten into the act, too. No, really, this is an aactual thing that is happening across the country. What else would you expect from minor league baseball? The Tigers’ Triple A Toledo Mud Hens, Royals’ High A Wilmington Blue Rocks, Phillies’ Single A Lakewood BlueClaws, and Oakland’s Double A Midland RockHounds are all having similar promotions.

Midland is opening its ballpark early to Sunday’s game, so fans can search for characters. The RockHounds can offer a bonus: their front gates are a Pokémon gym, where gamers can challenge each other to contests within the app. People only have to be within a certain radius (about 40 meters, apparently), so baseball fans were playing from within cars parked in the lot this weekend. To help encourage them to actually enter the stadium, director of community relations Courtnie Golden said, Midland is offering discounted tickets to anyone who shows the app at the box office, with $9 ducats going for $5.

“Today, apparently our gym leveled up to Level 4, which means more than 25 people have been here battling today,” Golden said, before pausing and adding with a laugh: “Yeah, it’s a little interesting.”

She admitted to learning about the Pokémon Go craze on the fly, confused by RockHounds players wandering aimlessly not only within their own ballpark but also the neighboring football stadium. Golden said a promotion relying on mobile tech might help attract a different crowd than would normally attend a ballgame. (It did, after all, send Nintendo’s stock soaring by $9 billion.) They even plan to attract more characters by spending PokéCoins on incense and other lures. Of course they will because it’s #Rockémon.

“We are planning on spending a little bit of money on this, but it definitely costs a lot less money than most promotions that we do,” Golden said.

It’s a stretch to strictly call Pokémon a sport in its own right—although it is possible to throw Poké curveballs, apparently—but cobranding anything with minor league baseball just feels right. In fact, the Bulls actually had brainstormed employing Pokémon for a promotion long before this app became reality.

“At the time, it was almost more of a nostalgic thought,” Suter said.

(Note: This is Bulls mascot Wool E. Bull flanked by Curious George and Clifford; they are not—I repeat, NOT—Pokémon.)

While Suter said that Durham’s promotion is happening in less than 36 hours from idea conception to execution, the BlueClaws—who recently celebrated Caturday—are having a PokeClaws Night about 10 days later, during which time they are hatching all manner of zany tie-ins. Among them: hiding Pokémon figurines, devising mid-inning competitions (Shorlax Sumo, Rattata Chasing Cheese, Kangaskhan Sack Race, Exeggcute Egg Race, and Guess That Pokemon), and concocting Pokémon cocktails.

Pokémon Go may be new, but apparently it’s an idea whose time has come.