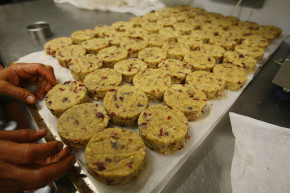 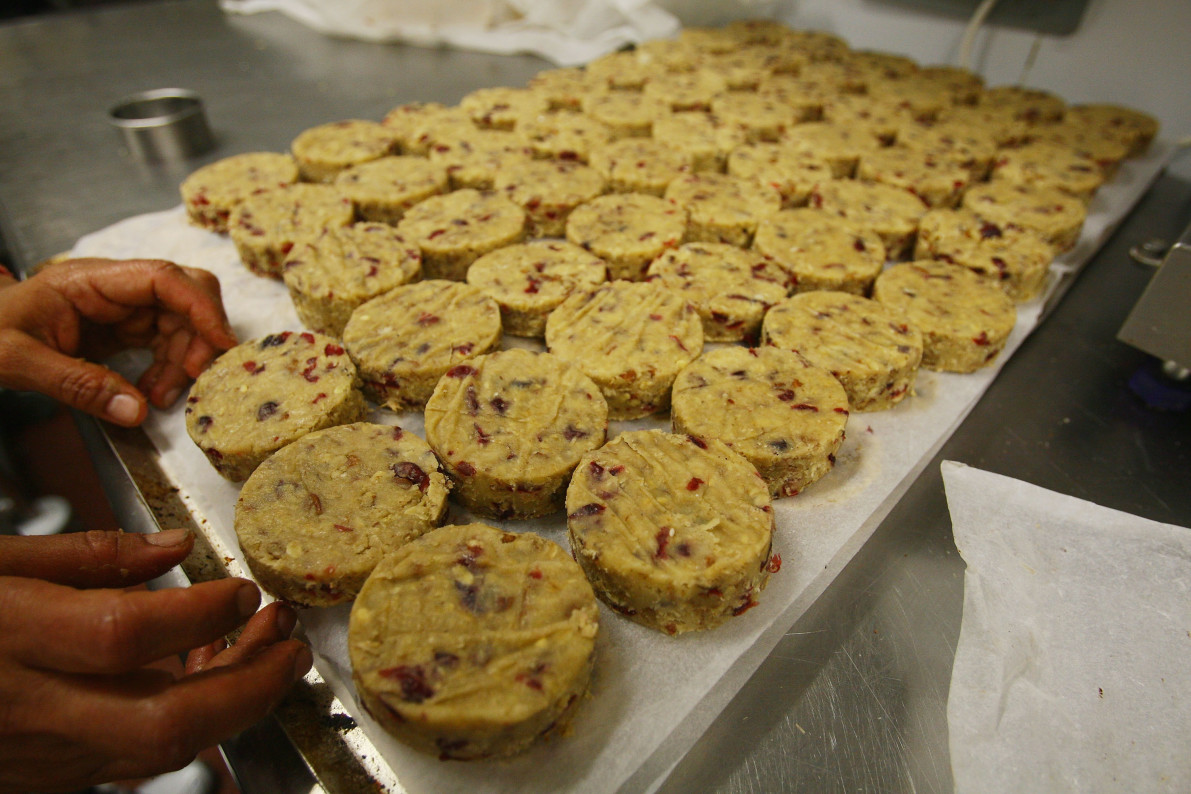 In August 2011, Blue Blinds Bakery of Plymouth, Massachusetts, started a Facebook page. It was a pretty typical for a small-town business: a photo of the bakery, and a few posts, one quoting the Boston Globe’s review that called Blue Blinds the “best little bakery around.” That review briefly mentioned that the bakery is owned by a religious sect called Twelve Tribes before raving about its egg and cheddar sandwiches.

The posts stopped in March 2012. And then, at the end of June this year, they started up again, only now the page appears to have been hijacked by a former employee, who’s using it to attack the bakery and its founders with accusations of racism and abuse.

Twelve Tribes is a religious group founded in Tennessee in the ’70s that now claims to have members living in 50 communities across nine countries. Many of those communities own and run businesses like Blue Blinds, farms, and delis. The sect is controversial, particularly for its belief in using “loving correction” to discipline children, which means corporal punishment: Hitting them with a “thin, reed-like rod … delivering a message right to the child’s heart.” And now, someone is on a mission to tell it customers what kind of people he or she claims are making their muffins.

The first post of the recent set offered free drinks to anyone who told them they identified as “LGBTQIA,” professing that the bakery had “become more supportive” of that community. A few days later, there was another post with “great news” that “our children stayed up all last night to paint [paintbrush emoji] the blinds on the bakery just a little bit bluer!” Also, everything with carob in it was free that day.

A week after that, things got weirder: “[A]s promised, let’s talk about the blacks!” said one post, accompanied by an argument that slavery is “necessary” according to Genesis 9:20-27. A few days later, Blue Blinds Bakery decided it was time to “talk about child discipline! Or as we like to call it, child training [smiley face emoji].”

A long post described how corporal punishment and working in businesses like Blue Blinds were part of Twelve Tribes’ children’s upbringing. At this point, commenters who thought the page was legitimate got furious and threatened to boycott Blue Blinds. Others thought the page must have been hacked. Local media started to take notice.

Another Blue Blinds Bakery Facebook page popped up, professing to be the “real” one and calling the other page “fraudulent” and libelous. On Sunday, the original page admitted that it was not run by current employees but by a former Twelves Tribes member.

Vocativ spoke with the person running the anti-bakery page. (The person shared documents verifying their identity with us, but asked to keep their name and gender hidden.) The ex employee said they were raised in the religion, and set the page up back in 2011 when they were working at Blue Blinds. After leaving Twelve Tribes, the former member decided to use the page to tell the public what they believe the secretive sect is all about.

“I’ve never been able to talk about this with anyone,” they said. “It’s too weird and embarrassing to discuss with most people. Think what you would do if everyone, your employer, your partner, your friends, knew that you had spent the majority of your life in complete isolation from society, when really you’re just trying to find out what a normal person is … I’m putting everything that happened out there in the hopes that people will realize what’s going on, but also as a way just to talk about it, to get it all off the chest!”

The posts about slavery and child abuse were all things that they learned or experienced in Twelve Tribes, the former member claimed.

“‘Why are people better than others just because of their skin color,’ I used to ask my dad after being told about black people needing to be servants,” the angry employee alleges. “The explanation was the biblical one I published on the page, and this was also taught at teachings.”

Asked what they thought of the calls to boycott the bakery by people who thought the page’s statements came from it and the possibility that this could put Blue Blinds out of business, they said: “The Bakery is owned by the Twelve Tribes, and I think people should know who they’re dealing with. Is it important for people to know that’s what the people behind this business believes? The people can decide what’s important to them. It appears they have.”

Blue Blinds Bakery has never made a secret out of the fact that it’s owned by the religious sect—the “about us” page on its website links to Twelve Tribes, referring to it as “our people,” and, according to Pacific Standard’s critical profile of the sect last September, there is a table in the bakery with brochures and pamphlets promoting the Twelve Tribes way of life.

This isn’t the first time accusations of child labor and abuse have been levied against the group. The Pacific Standard article had interviews with members former and current saying that children work in Twelve Tribes-owned businesses and hitting children to discipline them is encouraged. Communities in France and Germany, where corporal punishment is illegal, have been investigated for child abuse. In 1984, the sect’s Vermont community was raided by state troopers looking into allegations of child abuse, but a judge ruled that there wasn’t enough evidence to continue the investigation and it was dropped—something Twelve Tribes still sees as a victory for its right to practice its religion today.

They probably would agree on one thing, though: