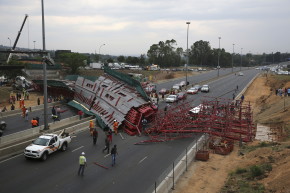 This Nanotech Can Warn Us Before Our Bridges Collapse
By Joshua A. Krisch

This Nanotech Can Warn Us Before Our Bridges Collapse

Our nation's aging bridges are on the brink of collapse. But this new carbon nanotube sensor can warn us before disaster strikes 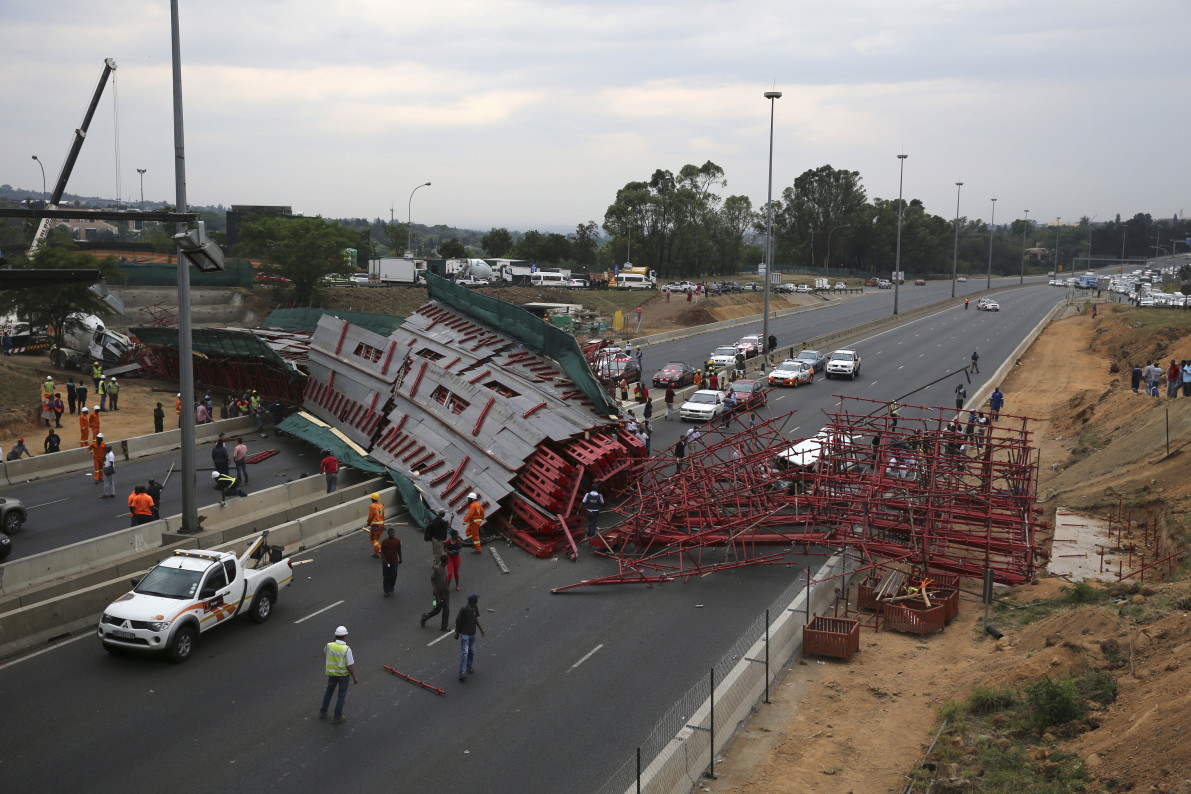 Before a bridge collapses there are often subtle warning signs—a minor crack along a necessary support structure, a crucial cable itching to snap. The trick is finding a cost-effective way to sense these red flags on bridges across the country, before they end in disaster. Now, a new study in the Journal of Nondestructive Evaluation presents a carbon nanotube sensor that may be able to help. The sensor relies on Electrical Impedance Tomography, or EIT, a cutting-edge algorithm borrowed from medicine that can produce a precise map of changes in the nanotubes, to pinpoint minor damage before it is detectable by conventional means.

“While the feasibility of employing carbon-nanotube-based composites as sensors has been validated, the typical approach is to use a series of one-dimensional measurements collected from a two-dimensional sensing area,” said coauthor Erik Thostenson of the University of Delaware, in a statement. “The problem is that this confines the possible damage locations to the grid points of the measurements. EIT, on the other hand, is a true 2D algorithm.”

Most of us aren’t afraid of driving over well-travelled bridges in major metropolitan areas—but perhaps we should be. At least one major analysis from the U.S. Department of Transportation found that more than 61,000 bridges, handling more than 215 million crossings per day, are “compromised” or “structurally deficient” and that the majority of them are connected to the Interstate Highway System. These bridges are crumbling due to a combination of age and extreme events such as earthquakes and hurricanes, which gradually chip away at the key infrastructure.

Unfortunately, the early warning signs of bridge collapse are often impossible to detect. That’s because the slippery slope to highway disaster tends to start with minuscule, nearly invisible cracks in the materials supporting our bridges—and there is no system currently in place to monitor these subtle changes.

Enter Thostenson, his team at the University of Delaware, and their remarkable nanotechnology solution. The researchers started off by building a sensor from woven carbon nanotubes, creating a highly customizable smart skin that can stick to almost any surface. Now, since the nanotubes are electromechanically-sensitive by nature, even slight damage to the sensor directly affects its conductivity—and that’s where EIT comes in. The EIT algorithm can measure even the slightest changes in the conductivity of the nanotubes and turn those signals into a map of damage. When the researchers tested their nanotech sensor, they found that the EIT algorithm was better at detecting damage on computer models than visual inspection and inspections performed with infrared cameras.

“Although we did encounter some issues with the size of cracks being overestimated and their shapes not being well represented, overall our EIT methodology was able to detect the initiation of damage well before it was visible with infrared thermography,” said coauthor Thomas Schumacher, also of the University of Delaware.

Schumacher says the carbon nanotubes represent inexpensive technology that is easy to scale up, and could ultimately line bridges and other crucial infrastructure while functioning as a sort of early warning system. “We are in the process of making improvements to the EIT algorithm to increase its accuracy,” he says. “After that, we plan to demonstrate it in the laboratory, with an aim toward scaling it up for future monitoring of real structures.”