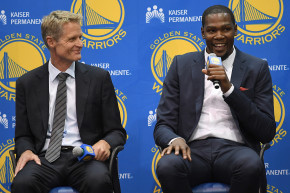 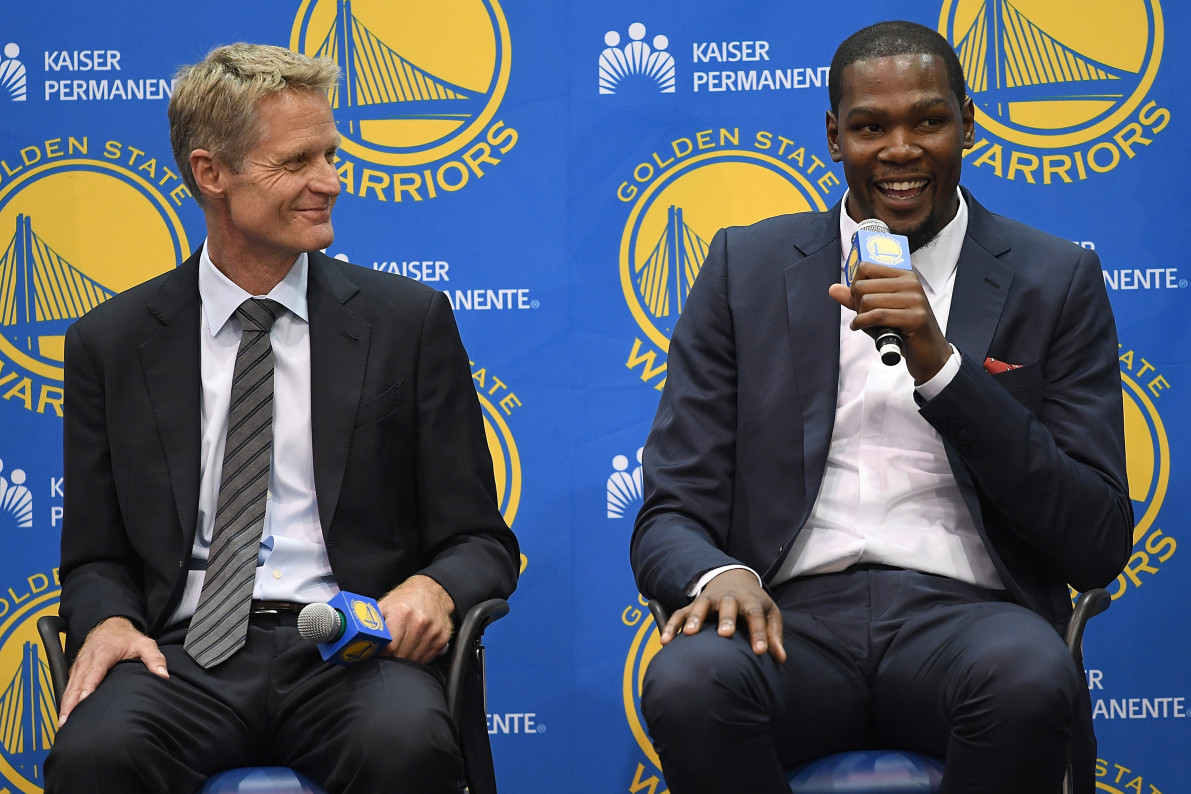 Of course the Golden State Warriors cobbled together a virtual reality landscape as part of their pitch to Kevin Durant. I mean, when you consider their majority owner’s Silicon Valley bonafides, near-constant bleating about their data-soaked, “light years ahead” thinknovation, and smug certainty that they always zig when the rest of the philistines that inhabit NBA front offices dully zag—regardless of whether or not it’s true—it would have been a serious shock if they hadn’t pulled out every high-tech firework at their disposal to help nudge Durant an inch or two closer to fleeing Oklahoma City.

So what glorious, three-dimensional, immersive vision of the future did Durant see after strapping on a pair of VR goggles?

“There were shots of the Golden Gate Bridge,” according to Sam Amick of USA Today, “footage from the Warriors practice facility, of coach Steve Kerr talking to his team inside the Oracle Arena locker room and even a courtside view inside the building where there had been so much basketball bliss.”

Did they provide a dope, totally of-the-moment and metaphorically subtle soundtrack to go along with Durant’s virtual stroll through his soon-to-be employer’s digs? You betcha.

“There was music in the NextVR production, too, a song that had long since become a favorite in the Warriors’ circles and, in the end, was quite perfect for the moment,” Amick writes “’I got a really big team, and they need some really big rings,’ the lyrics by renowned rapper, Drake, played. ‘Man, what a time to be alive … Oh you switchin’ sides? Wanna come with me?’”

Seriously, how could Kevin Durant resist that?