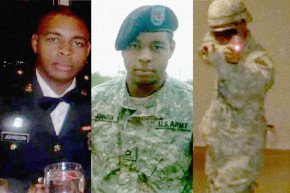 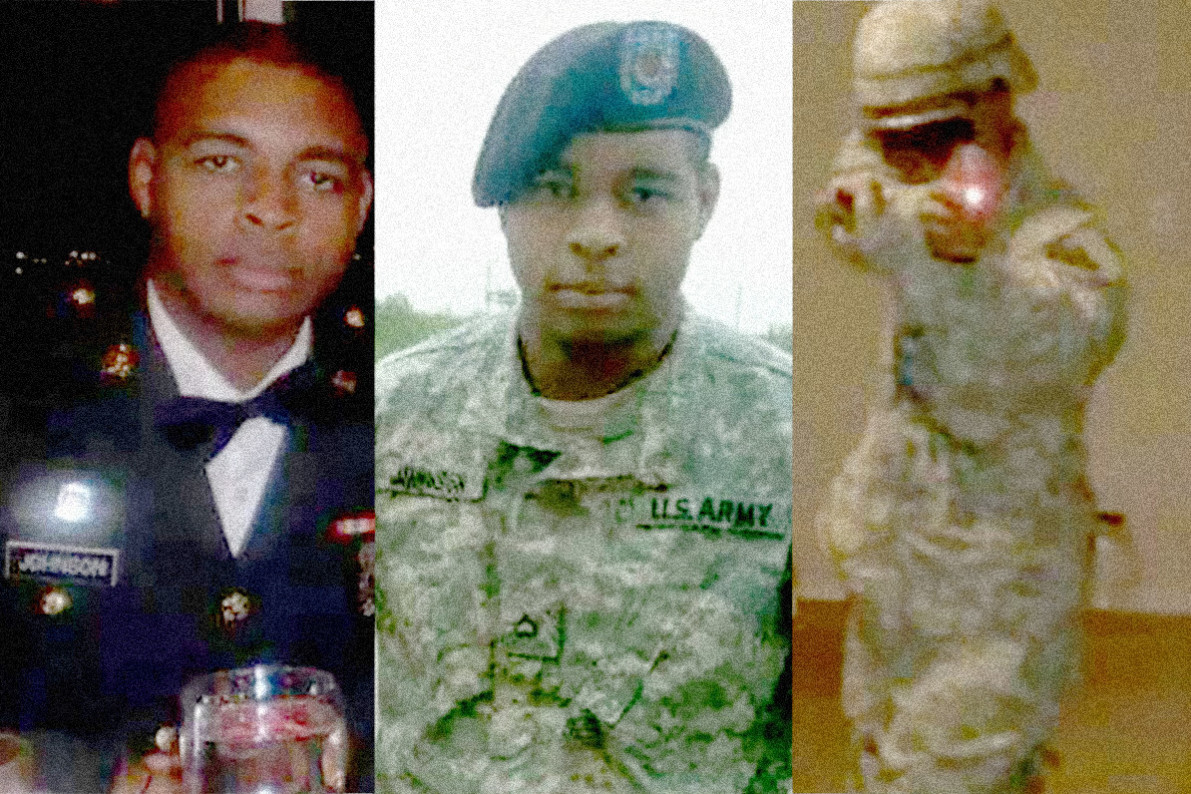 A 25-year-old Army veteran named Micah Xavier Johnson has been identified as the prime suspect in the bloody shooting of a dozen law enforcement officials in Dallas Thursday night that left five dead. Information is still emerging on the suspect and his motivations, but a Facebook profile that appears to have belonged to Johnson shows a young man interested in atheism and Black Panther groups.

A Facebook profile for Micah Xavier Johnson from Mesquite, TX, a town about 20 minutes outside of Dallas, shows a young man with his fist raised, reminiscent of the black power salute. That photo has been widely linked to the Dallas shooter, who reportedly had no criminal history or terrorist ties. He was killed after a long standoff when a robot detonated a bomb near his position.

In a picture from July 2014, the man believed to be Johnson is wearing military attire. Reports says the suspect was an Army reservist until April 2015 and was trained as a carpentry and masonry specialist. The shooter in the attack reportedly used a sniper rifle, which would fit the skill set of a man with military training.

The Facebook page that appears to have been Johnson’s, offers little to suggest any possible motivation for the killing spree. On a meme that reads “I don’t hold grudges. I remember facts,” the shooter responded “don’t get mad, get even.” During standoff negotiations, the shooter reportedly told officers he was upset about the recent police shootings and wanted to kill white people, especially white officers.

Johnson’s page also followed several black community groups on Facebook, including a public group for the Black Panther Party of Mississippi. It is unknown if he was an official member of the group. He also belonged to various atheist and spirituality groups. A few hours after the attack began, one user in a group he was member of called Spiritual Resurrection posted, “It has started…I told you…There is about to be a lot of dying and crying…”

The suspected shooter served a tour with the Army in Afghanistan, according to the AP. “Well I’m going to let the cat outta the bag,” his sister Nicole Johnson wrote when he came back to the U.S. in July 2014. “My brother’s finally home from Afghanistan for good!!!! So glad that he came back in one piece safely!!”

Today her family grieves over Thursday’s events. “Please out of respect for my family. If you following the news and know whats (sic) going on. I’m not talking to anyone and please keep your comments thoughts respectful,” she wrote around noon. “The news will say what they think but those that knew him know this wasn’t like him. Only close family can call me. This is the biggest loss we’ve had.”

Johnson’s friends have started to come forward. “The Dallas shooter and I were roommates in Afghanistan!! He was in my unit and slept right across from my bunk,” Wells Newsome said. “We talked a lot but I never would have expected him to do this smh.”

Dallas police have three additional suspects in custody who have yet to be identified.