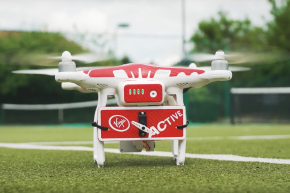 Drone-ovic, The Tennis Drone, Is At Your Service
By Robert Silverman

Drone-ovic, The Tennis Drone, Is At Your Service

Humanity's march toward its own destruction continues 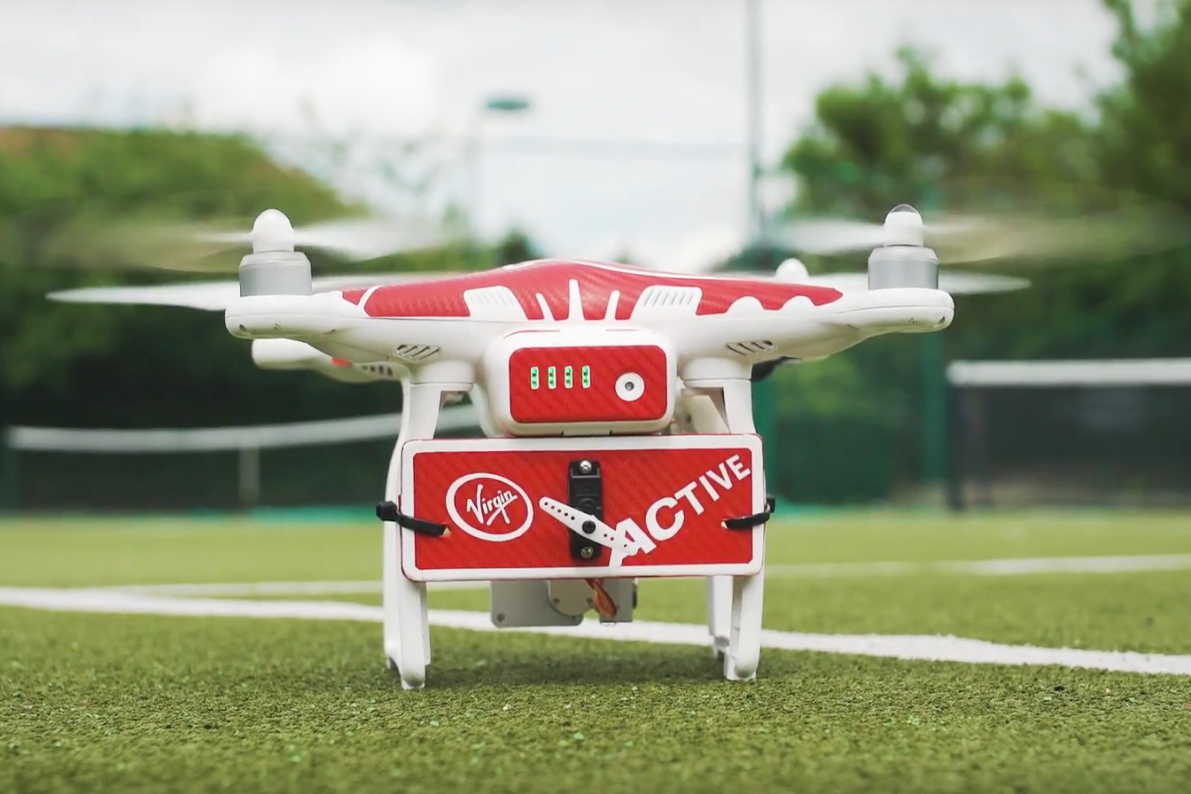 Yes, Virgin Active has its very own drone, and yes, they named it Drone-ovic, after tennis superstar Novak Djokovic. It works more or less how you’d expect, hovering around the court with a ball attached to a thin thread which it sends ball plummeting down to earth at various angles and heights, allowing novice tennis players to refine their serve and add just the right amount of topspin or pace, as well as crushing the occasional ill-struck lob.

Drone-ovic also comes equipped with a 4K-resolution camera, which means that coaches and players can gather round a screen after a good, sweaty training sesh, and take note of all the ways in which they totally fail to replicate Djokovic’s devastating first serve. Let’s watch a nice, minute long promotional video, shall we?

Of course, to actually give Drone-ovic a test run requires purchasing a membership package at Virgin Active’s pricey London outpost, Virgin Active Northwood, where the lowest available membership option clocks in at £129.95 per month plus an initial £50 signup fee. Then again, given the collapse of the British pound, that’s a mere $232.93 dent in your American wallet.

Tell us how good and cool Drone-ovic is, Gary Stewart, Virgin Active Northwood’s head of racquets.

“Drone-ovic recreates the serve and smash experience with greater accuracy,” Stewart told the Daily Mirror. “By dropping tennis balls from high and unexpected angles it keeps members on their toes and improves technique and agility. We think the Drone-ovic is going to be a smash with members and will be a great addition to our coaching team.”

You see what he did there, with the pun about it being a “smash”? Good one, Gary.

But if this seems like a headline-grabbing and possibly unnecessary luxury item, consider the source.

Here’s a fun thing: A group of smaller, independent gyms are alleging that Virgin Active and fellow fitness titan, Planet Fitness, conspired with the Johannesburg financial services and medical aid company, Discovery, to rig the market. You see, Discovery offered subsidies for membership, point reward programs, and other cost-reducing measures to potential customers that were only redeemable at Virgin Active and/or Planet Fitness, an arrangement that was “designed to ultimately eliminate competition” Barbara Howell, a spokesperson for Fit SA, the non-profit representing the complainants, said.

Together, Virgin Active and Discover control approximately 71 percent of the South African market, a cartel-like level of economic dominance, when added to their standing as one of the largest gym chains in the United Kingdom, would certainly free up some cash on hand to develop their very own cute lil’ robotic coaching accessory. Tennis (with a drone), anyone?