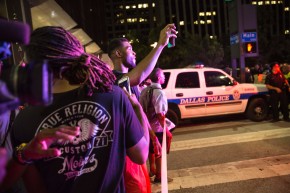 Livestreams Told The Story Of The Dallas Shootings As They Happened 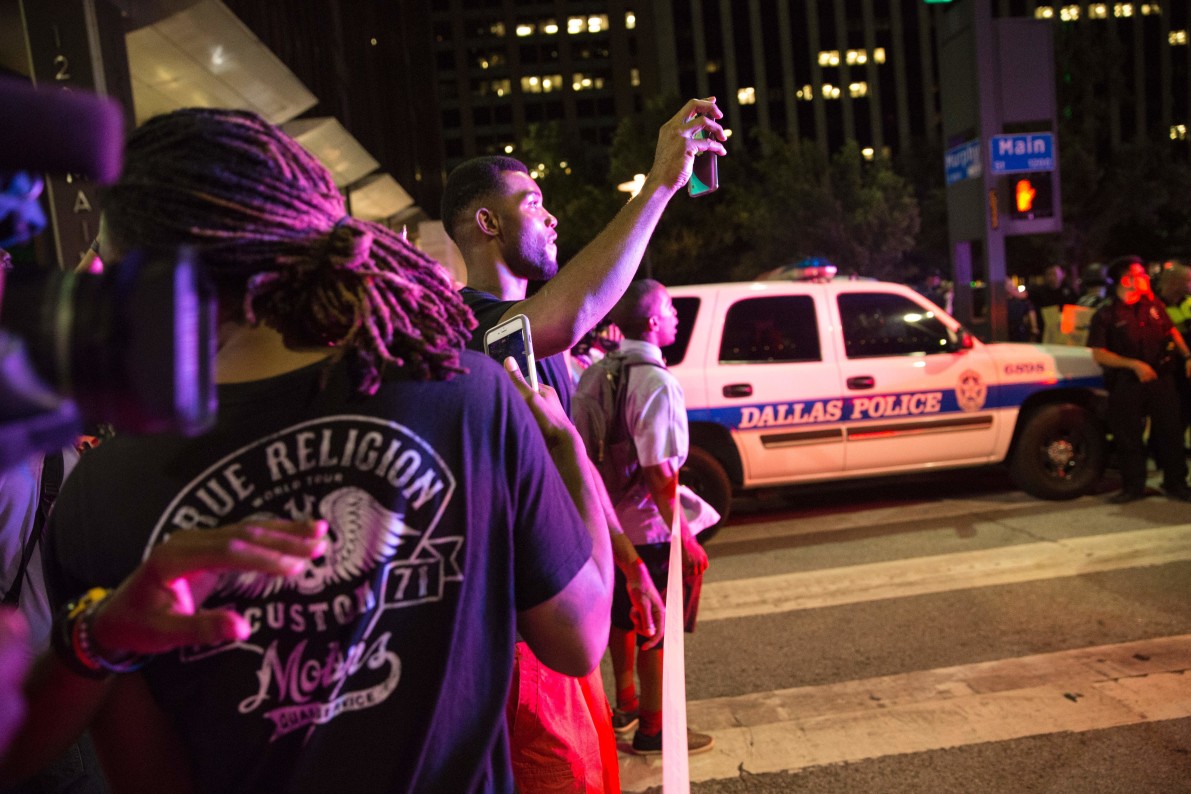 The sniper attacks on Dallas police officers that left five dead, seven injured, and two civilians also wounded were first shown to the public not on television, but on social media livestreaming services.

The massacre occurred at a march on Thursday night, which many participants were already recording. When shots rang out a little after 9 pm local time, those broadcasters found themselves inadvertently filming a crime scene. Michael Kevin Bautista livestreamed protestors peacefully making their way down the street chanting “Hands up, don’t shoot.”

Shortly afterwards, he went live again, but things had changed drastically: “Holy shit!” he said repeatedly, and panned to the street, empty except for police cars and officers, taking cover as bullets were fired at them, at least one of the officers lying on the ground.

Another woman, Niecee Cornute, also livestreamed the Dallas attacks in a widely shared post, initially praising the violence. “It’s a shooting, right now in Dallas, right now at this rally, and it’s happening right now in front of us,” she said in between rounds of gunfire in her first video. Later: “Two pigs got shot” and “fuck ’em.” A friend commented: “omg it’s just to [sic] dangerous out there, pleaseeeee don’t look like a suspect.”

Police officers detained Cornute, saying she fit the description of a suspect. She put that on Facebook live, too, and commenters frantically tried to figure out the name of the officer who detained her and call the police station to check on her condition, as well as law firms that may be able to help her.

And when Cornute was released and back home hours later, she went back on Facebook live to tell her viewers that she was ok and thank them for their concern.

After a photo of his brother, Mark Hughes, was tweeted out by the Dallas police department naming him as a suspect, Corey Hughes went to the police station to tell them he was innocent. There, he went on Facebook live briefly before his phone was taken away. “Family, friends, y’all make sure y’all let the world know Mark Hughes had nothing to do with that,” he said. “Please let them know.”

Later, Hughes was back to decry that police had been shot and that his brother’s face was plastered all over the news as a possible suspect, just because he was carrying a gun that he had a legal right to possess.

Mark Hughes can be seen on other livestreams standing around when the shots began, and then calmly handing his gun over to police in the middle of the attack.

The Dallas Police Department also broadcast its side of the story, using Twitter’s Periscope app to stream multiple press conferences officials gave throughout the evening and early morning updating the public on the officers’ conditions and the search for suspects.