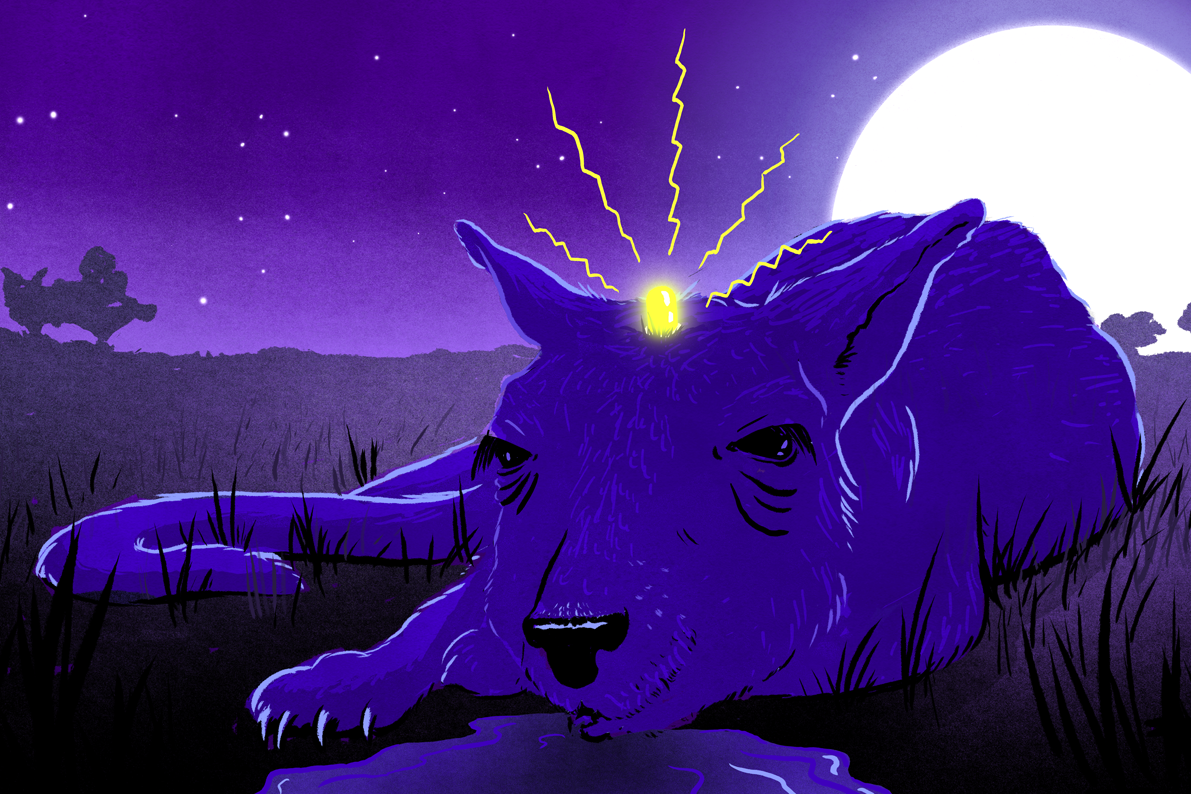 Lights might be keeping wallabies up at night. Now scientists are equipping the kangaroo-like mammals with implanted brainwave trackers to see just how much light pollution the sleep these marsupials are getting.

Light pollution—light not from the moon or stars that brightens the night sky—now affects more of the world’s surface than ever. Scientists have suspected that light pollution is altering humans’ circadian rhythm, the mental and physical changes that happen in the body throughout a 24-hour cycle, which can affect many of its most essential functions. And it has a number of well documented effects on the natural world. Birds lose their way as they migrate, fish and frogs reach sexual maturity differently than in the past, and trees bloom too early.

But little is known about how artificial light affects animals’ sleep patterns, especially outside the lab, John Lesku, a biologist at La Trobe University in Australia, tells Vocativ via email. He’s a co-author of a study published in the August issue of the journal Trends in Ecology and Evolution about how to measure animals’ sleep “in the environment in which it evolved,” he says.

Measuring animals’ brain waves seemed like the most reliable way to understand their sleep patterns, but up until recently there wasn’t any technology that allowed researchers to do that outside the lab. But with the invention of the Neurologger—a lightweight gadget that juts out from an animal’s head, storing brain activity data transmitted through thin wires that rest on the surface of the animal’s brain—researchers could do just that.

To test the Neurologger, Lesku and his colleagues decided to first start with the captive wallabies that live at La Trobe University. Wallabies seemed like a good focus, he says, “…because they can live close to humans and are therefore exposed to high levels of light pollution at night.” To implant the Neurologgers, the researchers have to knock the wallabies out with anesthesia, according to an article on the project from New Scientist. The wallabies will also be fitted with light monitors so that the scientists can match up their brainwave data to the amount of light exposure.

Once the pilot study is complete, Lesku’s team will deploy Neurologgers onto wild wallabies, which “suffer different amounts of anthropogenic disturbance at night,” Lesku says. More information about how light pollution disrupts animals’ sleep in the wild might help researchers create less harmful conditions for captive animals, and maybe even better study how it affects humans.