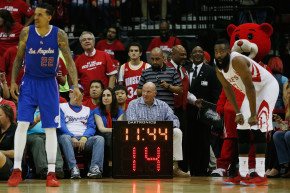 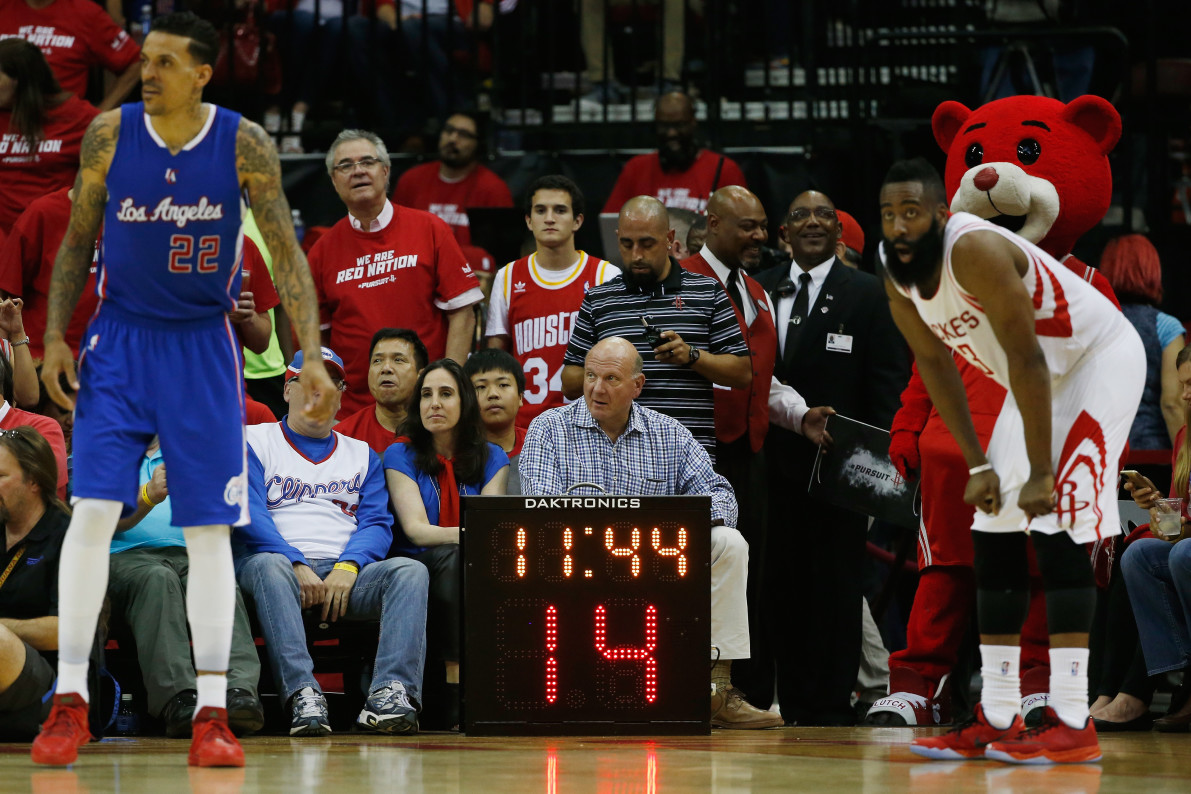 The NBA is so flush with cash that any of its players can wear all the Rolexes and Cartiers they can fit on their wrists—I mean, really, Timofey Mozgov got $64 million this summer—but the league will depend on Swiss-watch precision to make sure someone shoots every 24 seconds.

Tissot, a watch maker in Switzerland, unveiled next season’s new shot clocks on Thursday in summer league play as a warmup to the regular season this fall. What will most excite fans, or at least those with previously obstructed views behind the baskets, is that the LED glass is nearly transparent and completely so when the clock is not in use. For the first time, the 24-second, timeout, and game clocks are bound in one system, which transmits exact second fractions to all scoreboards around the arena. Amazingly, this is the first time the shot clock will be standardized in every NBA arena—there used to be a mish-mash of Daktronics and OES equipment.

Seemingly no detail was left unconsidered, as you might expect from a Swatch Group manufacturer. Consider this: the churn between numbers is so nearly instantaneous that high-speed TV cameras are unable to catch the transition, which the league hopes will reduce any confusion in the NBA Replay Center about the exact moment a shot was released. The New York City subway system can’t tell you when all its trains will arrive—or even where they all are—but we’ll now have no confusion on the exact tenth of a second when a ball leaves a player’s fingertip.

Then again, Tissot signed a sponsorship deal for six years and $200 million, according to Bloomberg, so of course they’re going to be exhaustive in the shot clock’s development. The company’s CEO told Wired that they tried “four different technologies and 30 prototype shot clocks before deciding that this is the one.” There will be 87 total units so that each NBA arena has three. (Tissot will also have exclusive rights to make watches with league and team logos, though I don’t see a player discarding his Bvlgari for one.)

Most important for its durability, the NBA did some clinical testing.

“We threw balls at it, we dunked on it… well, I did not,” the league’s chief information officer, Michael Gliedman, told Wired. “But we had guys who can dunk hang on the rim and throw the ball at it at high velocity.”