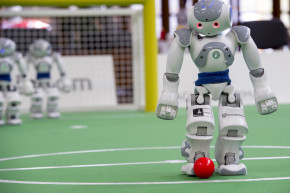 Robot Soccer Is A Step Closer To The Apocalypse

Germany won the 2016 World Cup of robot soccer. In related news: We are in the last days of humanity's reign 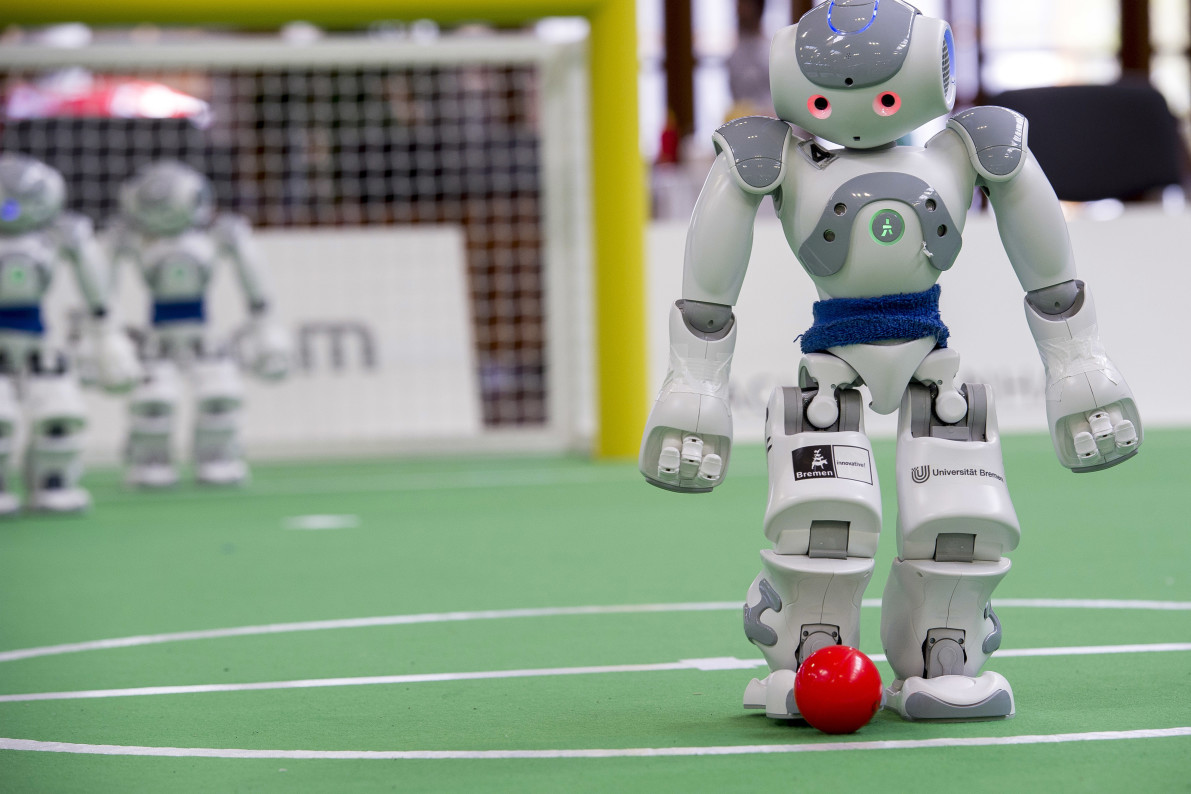 The robots will replace us all, eventually. In the not-too-distant future, we’ll cram our wholly useless frames into a levitating Barca-Lounger 2.0, reach longingly at our holograms of Lionel Messi or Cristiano Ronaldo, and slap on a virtual reality headset to witness their robotic descendants fly around the pitch while performing athletic feats beyond the capacity of any human.

For now, though, we’ll have to settle for the German B-Humans (get it?) triumph in RoboCup 2016, the world cup of robot soccer, over their American counterparts, Austin Villa (again, get it?), winning in a shootout, 3-nil, after the 20 minute-long match featuring five robots per side ended in a scoreless tie.

So how did our eventual mechanical overlords perform? Welp, considering that the teams were constrained by the rules and regulations of the Standard Platform League—which require that all teams employ the same robot, the somewhat cutesy nearly two-foot tall NAO, a product of Aldebaran Robotics—the robots tended to clunk and plod about, or plop down on their robot butts at inopportune moments, their oversize torsos lumbering towards the ball or clonking into one another, and seeming to ponder the true meaning of the Three Laws before gingerly winding up and batting at the ball.

But hey, we’re not talking about a bunch of Esports players manning a controller; these mechano-athletes were programmed to play football and operate on their own. According to a .pdf available at B-Human’s website, a team of students from the department of computer science at the University of Bremen armed the now five-time champs with “Dynamic Movement Primitives” and a “ZMP-based balancer” to help them best adjust to the ball or alter the speed and direction of any given boot. Further, they’ve upgraded their image preprocessing software such that they can position themselves properly and track objects in three-dimensional space.

And yes, as the Telegraph noted, for all the bugs, glitches, and numerous ways in which robots playing football fails to even come close to the real thing, RoboCup’s organizers have already set the year 2050 as a target date for the eradication of all human footballers.

Excited about our glorious, technology- and robot-powered future? Cool. Me too. The full match, or rather, the seeds of the dystopic nightmare that awaits us all, can be seen in its entirety below.