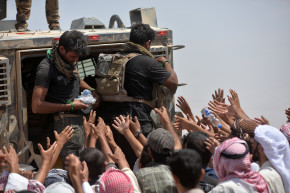 ‘This Is The Last Battle’: Iraqi Army Warns Residents Of Mosul
By Gilad Shiloach

‘This Is The Last Battle’: Iraqi Army Warns Residents Of Mosul 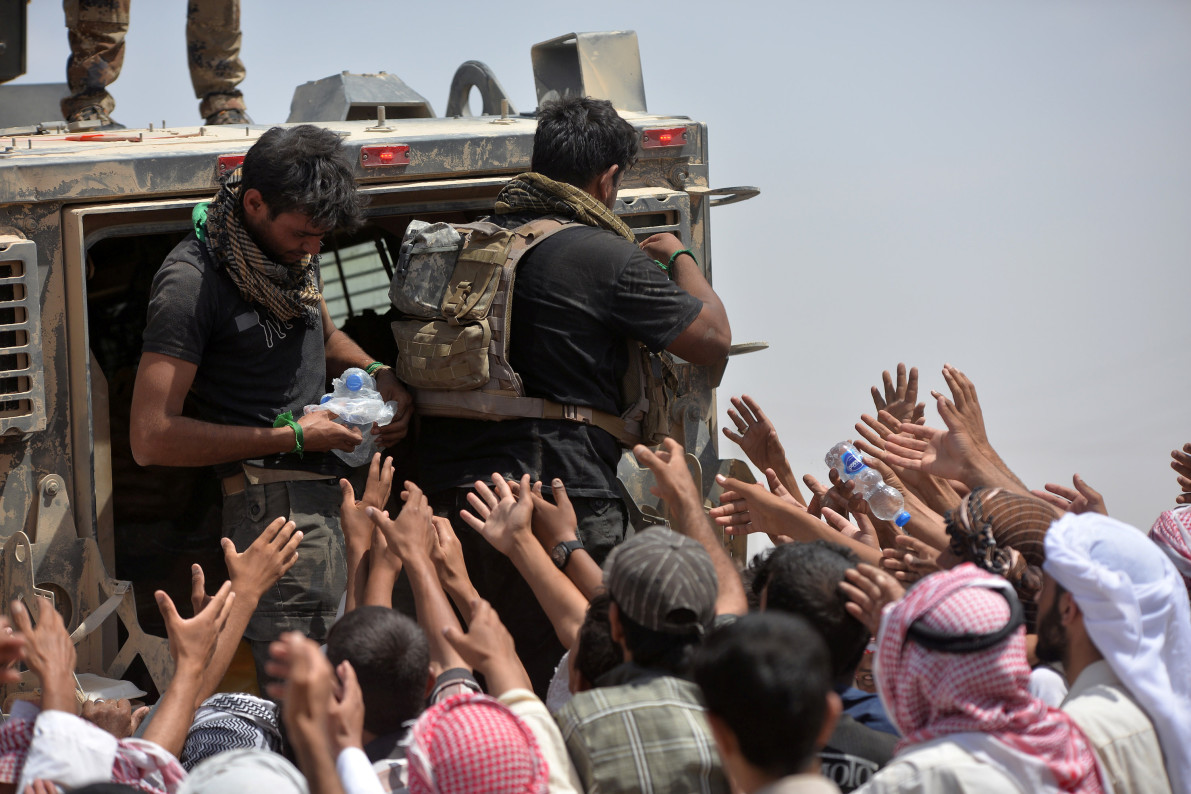 Following the liberation of Fallujah from the hands of ISIS, local Iraqi forces are preparing for the next battle against the terror organization.

The Iraqi Army claims it dropped “millions of leaflets” over the city of Mosul, a key ISIS stronghold that was captured in June 2014, calling on ISIS fighters in the city to surrender. The leaflets also warn the residents in the city of the last “ISIS defeat” in Fallujah.

A video posted on the official account of the Iraqi Army on Thursday shows soldiers dropping boxes of leaflets from a plane. In the post, the account says that “the Iraqi Air Force has dropped millions of leaflets over the Mosul city center, confirming the news of the victories of our security forces.”

A few hours later, the account also published images of three leaflets that it says it dropped. One, directed to “the enduring sons of Mosul,” says “the battle of Fallujah ended in lightning speed,” and goes on to warn citizens of the city that “security forces are laying siege to ISIS inside Mosul… This is the last battle. Cooperate with your brothers to end up the battle fast and with the lowest number of casualties.”

Another leaflet calls on any inside the city who may have joined with ISIS (calling them those who’ve been “deceived” by the terror group).  “The ISIS fighters will leave you to certain death and save themselves. Leave your positions immediately, as the security forces are on the way. We will crush whatever is left with no mercy. Surrender and stay safe”.

Leaflets that were dropped by the Iraqi Army’s aircraft on the city of Mosul, in preparation for its liberation

The loss of Fallujah was a major blow for ISIS, morally and strategically. However, Mosul is what many call “the ultimate prize in the war against the Islamic State,” with 600,000 people currently living under the group’s control. The battle to retake it is expected to be much larger and more complicated.

The Iraqi forces officially began the long-awaited battle over Mosul several months ago, recapturing some villages near the city. In March, the Iraqi security forces dropped leaflets calling on Mosul residents to prepare for an imminent battle, and urging them to stock up on essentials, like water.