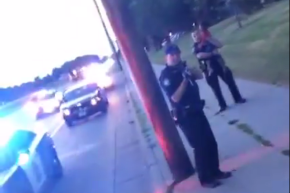 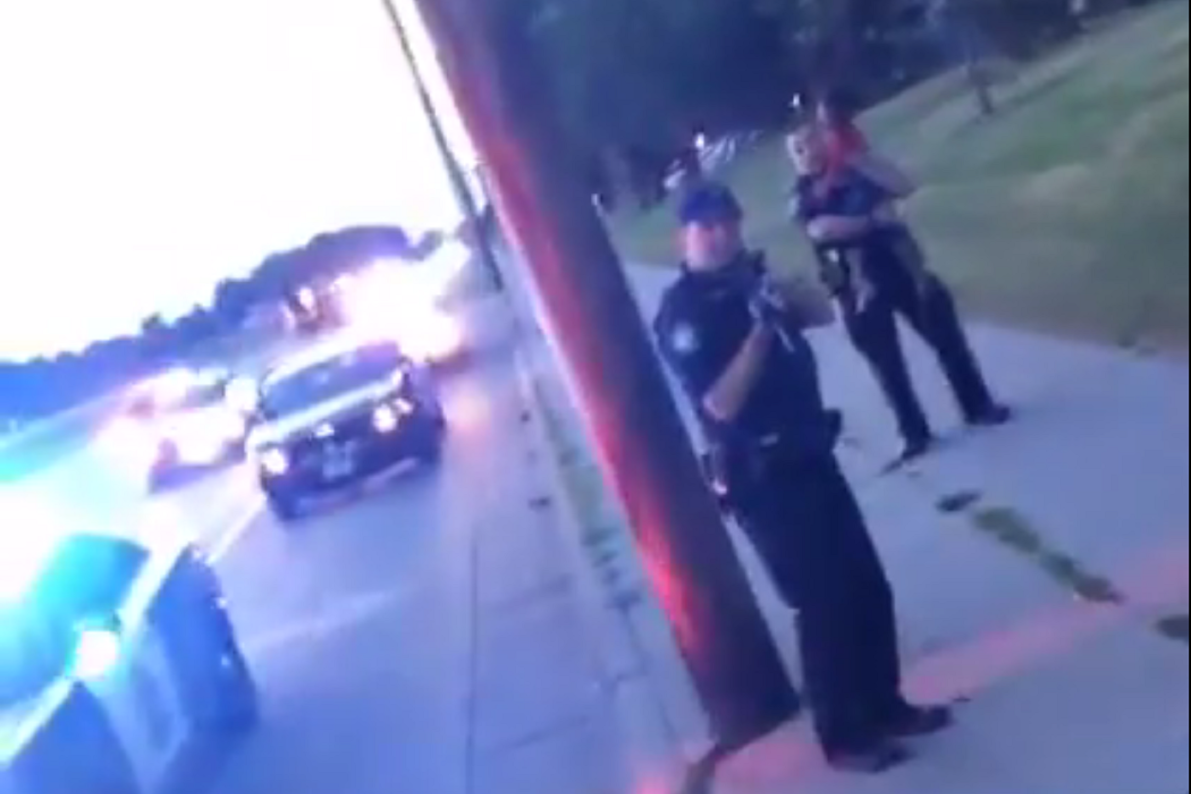 A screenshot from the video showing the shooting's aftermath. — LAVISH REYNOLDS/Facebook
By Sarah Lynch
Jul 07, 2016 at 8:55 AM ET

Protesters descended on the Minnesota governor’s mansion early on Thursday as news spread that a police officer fatally shot a man hours earlier during a traffic stop.

whole crowd chants his name outside of the governor's mansion #PhilandoCastile pic.twitter.com/LFq9qj1ZKJ

Wake up Governor Dayton, need to talk to you about #PhilandoCastile 's murder pic.twitter.com/SwLVt7ntV4

The anger swelled after a video live-streamed on Facebook showed the devastating moments after the shooting. Diamond Reynolds, a woman identified by Castile’s family as his girlfriend, apparently took the video from the passenger’s seat of the vehicle where the shooting took place. As events unfolded, she narrated what she said happened.

“We got pulled over for a busted tail light in the back,” Reynolds said. “He’s licensed to carry,” she continued. “He was trying to get out his ID in his wallet out his pocket, and he let the officer know that… he had a firearm and he was reaching for his wallet. And the officer just shot him in his arm.”

President of the Minneapolis NAACP, Nekima Levy-Pounds, tweeted that demonstrators early on Thursday were demanding that Minnesota Governor Mark Dayton wake up and make a statement. Hours later, around 6:30 a.m. local time, Levy-Pounds said protesters remained outside his residence.

Wednesday’s shooting marks the second time this week that a police officer shot a black man and the incident was captured on video. On Tuesday, police officers shot and killed Alton Sterling in Baton Rouge, Louisiana, sparking protests.

We are still here at the Gov's Mansion. #Justice4Philando

Police tape from the murder of #PhilandoCastile now covers the entrance to the Governor's mansion. pic.twitter.com/FlK1H5USSg