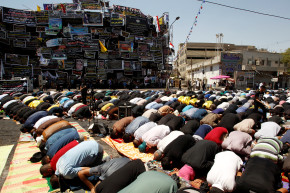 Will Attacks On Muslims Push ISIS Fans Away?
By Jamie Tarabay

Will Attacks On Muslims Push ISIS Fans Away?

Days of attacks culminated in one of Islam's holiest cities, which the terror group has yet to own up to 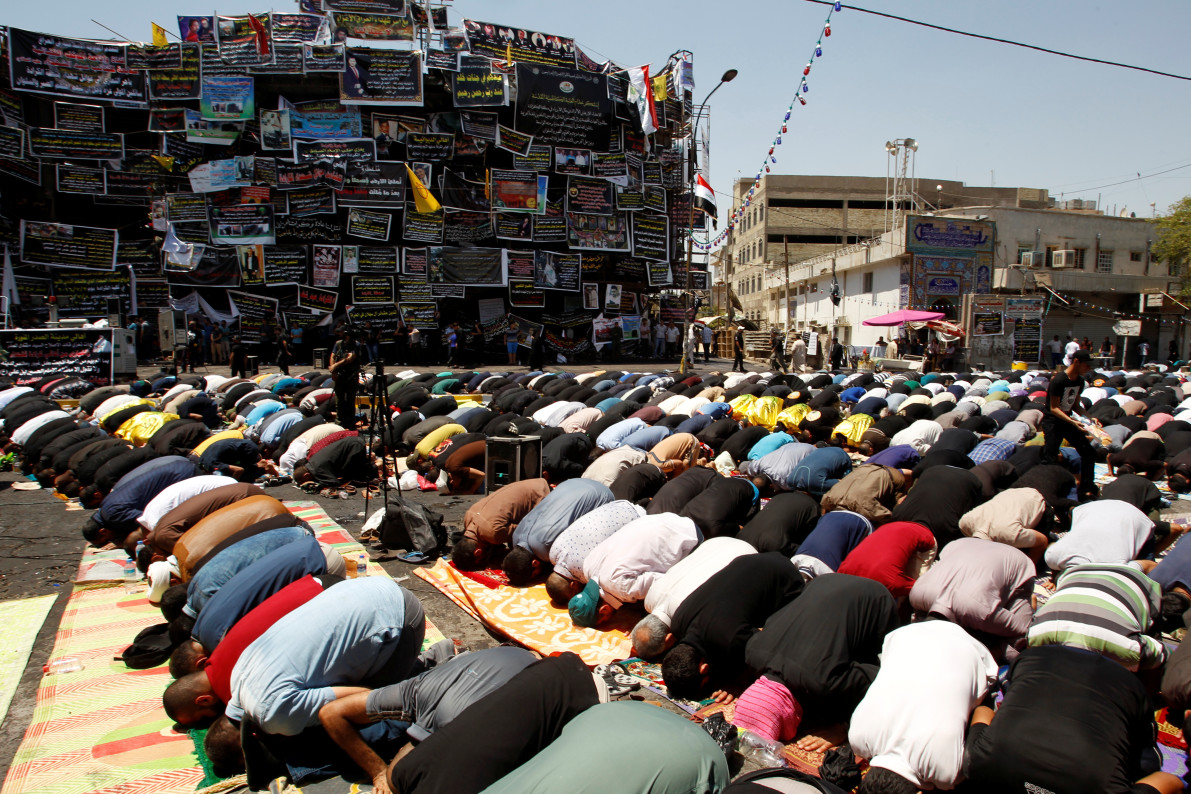 Even with the devastating bombings in the heart of Muslim capitals in recent days, the Islamic State has gotten a pass from its supporters. Online, as the numbers of dead climbed into the stratosphere, the group’s followers called the dead infidels—anyone who didn’t ascribe to their punishing brand of Islam—in the belief that makes them worthy targets.

After a car bomb ripped through Karada, a shopping district in Baghdad teeming with people marking the end of the Muslim Eid, ISIS fans celebrated. They poked fun at the images of the dead, the coiffed young men whose lives were suddenly snuffed away.

“Here are some of the carcasses of the effeminate Shiites,” said one on an ISIS forum, while another said: “It looks like the same factory made them.”

The car bomb attack in Baghdad was the deadliest single incident in the capital since the U.S.-led invasion in the spring of 2003. A fire that erupted from the blast tore through a mall, blazing through shops filled with people. Victims are still being pulled from the wreckage and Iraqis have converged in the capital to mourn the dead and the missing. But to the Islamic State and its supporters, the car bomb in the heart of the city, albeit in a Shiite-majority area, was testament to the group’s ability to strike even as its own forces come under fire and lose ground in both Iraq and Syria.

“It’s a morale booster for their supporters and it’s designed to intimidate their enemies and remind them that they [ISIS] won’t go down without a fight,” said Will McCants, the director of the Brookings Project on U.S. Relations with the Islamic World, and author of “The ISIS Apocalypse.”

Managing to reach so far into a city the group swore it would capture when it declared its caliphate in 2014, at a time when Shiite militias are plastering sectarian banners over its former Sunni stronghold in Fallujah, during the holy month of Ramadan was a deliberate move, said McCants.

“It’s a moment for them to demonstrate their capabilities, to their followers and to the world,” he told Vocativ, adding that it was only the latest significant event orchestrated by the group for the Muslim holy month, much as it has done for each Ramadan in previous years.

But when three bombs rocked Saudi cities on Monday, including in the holy city of Medina, confusion reigned over the internet. ISIS fans flailed between blaming the Medina attack on the Saudi government (who they believed did this on purpose to discredit ISIS to its most ardent Muslim followers) or trying to pin the blast on a ‘rogue’ ISIS supporter. By week’s end there was still no claim of responsibility from ISIS, which is normally quick to take credit for deadly attacks.

In spite of the nearness to one of Islam’s most cherished sites—the mosque where the Prophet Mohammed is said to be buried—the audacity or recklessness exhibited by the perpetrators is unlikely to put off ISIS followers, said McCants.

“For a lot of the hardcore ISIS supporters it really can’t misstep,” McCants said. “You have to imagine it affects some of them, and you’ve had defectors and it’s going to sour for a lot of them. But ISIS has taken this territory as the most extreme of the extreme, so for the people who sign up for it, I don’t think there’s much they [ISIS] can do that would put them off that.”

“ISIS called on attacks on Christians throughout Ramadan and got a lot of support for doing so,” said Ryan Greer a former policy advisor for the State Department who now runs the consulting firm, Vasa Strategies. “This is likely how they justified the attack in Dhaka, for example, since it was aimed at non-Muslims, despite being in a Muslim-majority country.” Last week’s attack in Bangladesh killed at least 20 hostages and two police officers, with the militants reportedly insisting they had come exclusively to kill foreigners. “As long as there is a seed of doubt that the aim for an attack is to kill non-Muslims or takfir [infidels], then I think they can fit any attack within their political narrative,” said Greer.

And to ISIS, which is suffering territorial losses in Iraq and Syria as forces in both countries move to take on the group’s last major footholds — Raqqa in Syria, and Mosul in Iraq — being able to create chaos and terror around the world will help mitigate its diminishing footprint, says Aymenn al-Tamimi, a research fellow at the Middle East Forum.

“The destruction of the state project in terms of governance would reduce its appeal, but there will always be a committed hardcore of supporters,” he said. “Just as we see there are still people who subscribe to Nazism and white supremacy despite the past failures.”

Indeed, the group’s spokesman Muhammad al-Adnani put out an audio statement in May this year essentially asserting that even if the Islamic State is no longer able to claim physical territory for its operations, its radical ideology will persist.

“They will have to be defeated for generations before young Muslims who are attracted to the Islamic State will begin to look elsewhere and I think that’s a pretty accurate assessment,” said Will McCants. “The Islamic State itself is trying to prepare its followers for a post-caliphate caliphate without territory [that] would seem to discredit their project, but they would make the argument that they have bases in other countries. As long as we have a foothold somewhere, than we will make a comeback.”