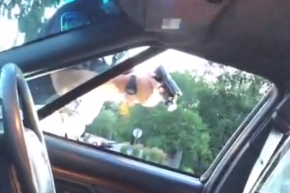 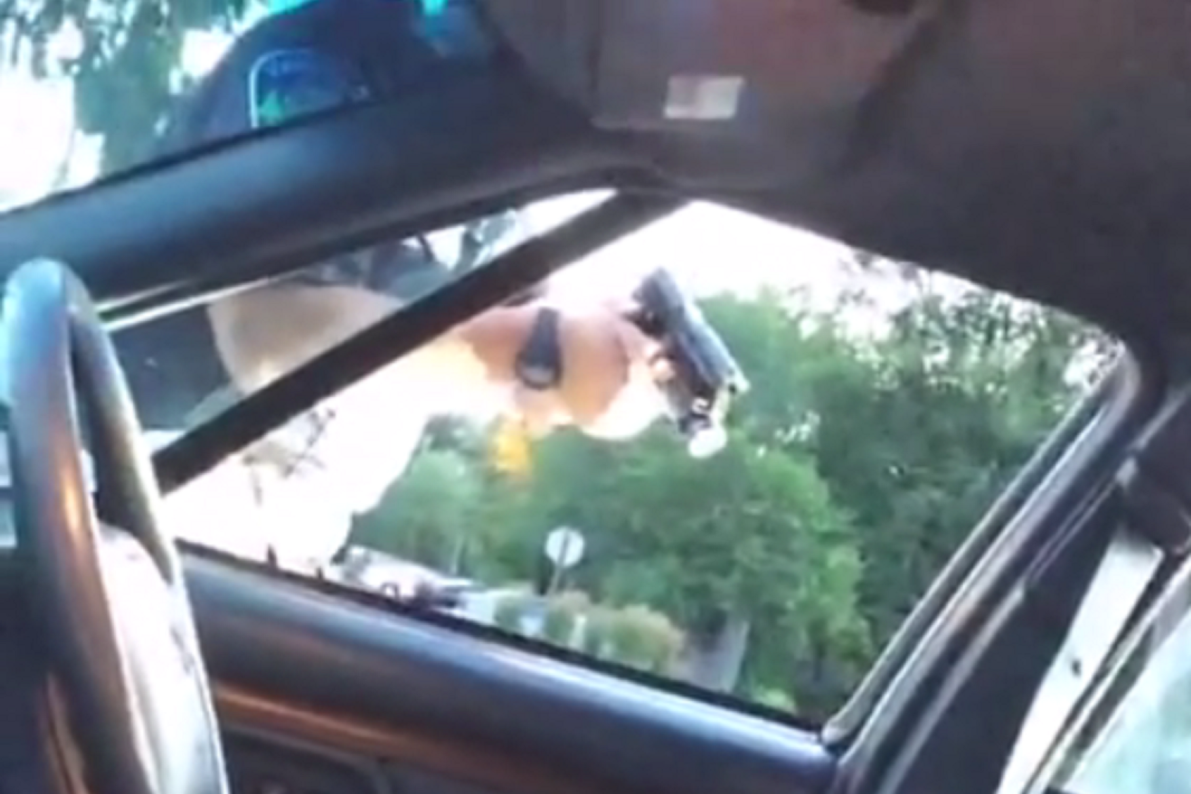 A Minnesota police officer fatally shot a man during a traffic stop on Wednesday—and a video that appears to show the aftermath of the shooting was streamed on Facebook Live.

Diamond Reynolds, identified by Castile’s family as his girlfriend, seemingly documented the moments immediately following the shooting in a 10-minute, live-streamed video that can still be seen on what appears to be her Facebook page. The video, taken from the front seat of a car, was later uploaded to Twitter and YouTube—but some of those versions appear to have been removed.

In the video, which was posted on a Facebook page under the name Lavish Reynolds, Castile is seen sitting in the driver’s seat of a vehicle. He wears a white T-shirt soaked with blood, and is slumped sideways as Reynolds sits in the passenger seat. A police officer can be seen pointing a gun into the driver’s window.

“Stay with me,” Reynolds says to Castile, before explaining to video viewers what she said happened before the shooting. “We got pulled over for a busted tail light in the back,” Reynolds says.

“He’s licensed to carry,” Reynolds says. “He was trying to get out his ID in his wallet out his pocket, and he let the officer know that… he had a firearm and he was reaching for his wallet. And the officer just shot him in his arm.”

Toward the end of the video, after Reynolds stepped out of the vehicle and was apparently handcuffed by authorities, Reynolds says she is in a police car. She begins wailing, and her daughter Diamond, who reports said was in the car at the time of the shooting, can be heard saying: “It’s okay, mommy, I’m right here with you.”

According to WCCO, Castile was taken to Hennepin County Medical Center, where he died of his injuries.

In a press release, St. Anthony Police confirmed they pulled over a vehicle at Larpenteur Avenue and Fry Street at approximately 9 p.m. local time. The police said in the release that “shots were fire[d]” during the traffic stop, and a handgun was recovered at the scene of the incident, WWCO reported.

At a news conference, St Anthony interim police chief Jon Mangseth said he was aware of the Facebook Live video, but did not comment further. He said the officer involved had been placed on paid administrative leave, which is standard procedure, The Guardian reported.