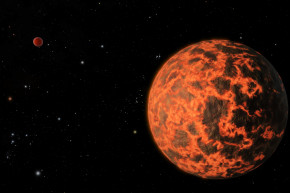 New Equation Estimates The Likelihood Of Alien Life
By Joshua A. Krisch

It's not exactly precise, but it still reads like good news for E.T. hunters 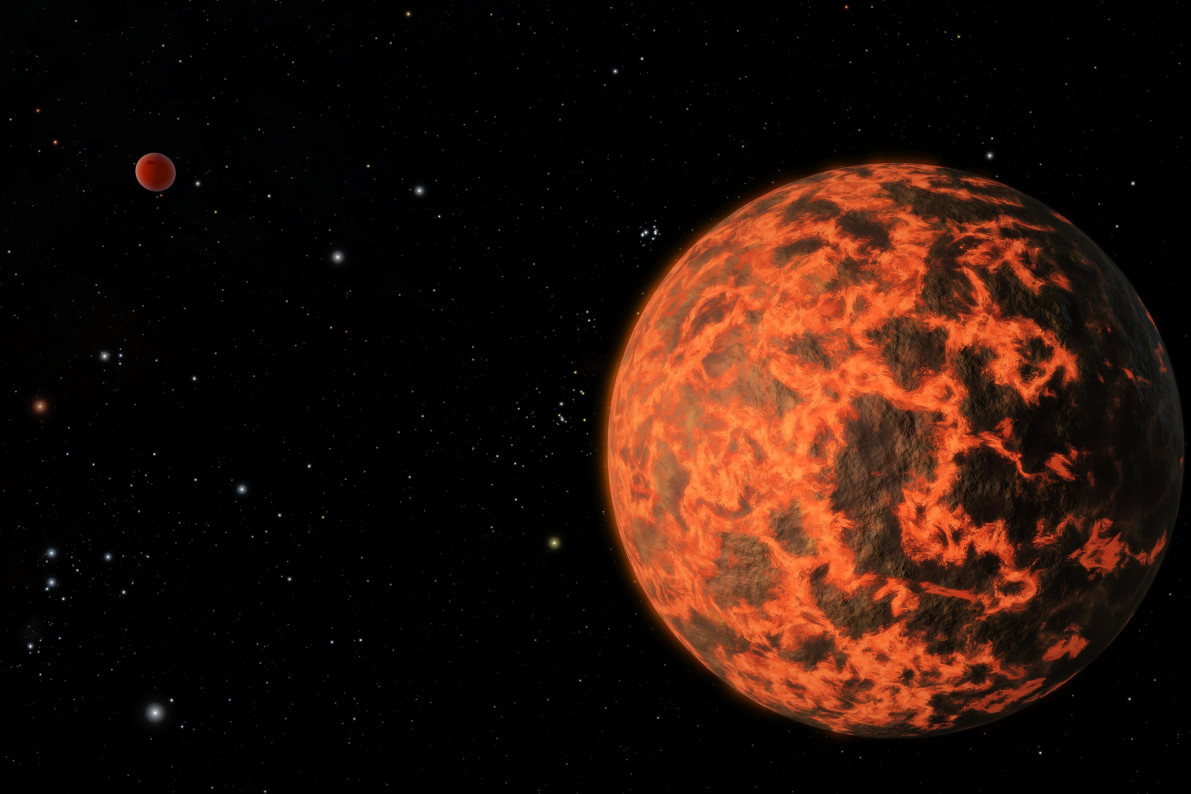 Humans have discovered more than 3,000 planets outside our solar system, called exoplanets, and NASA estimates that there are another 40 billion that could probably support life. But with billions of Earth-like candidates out there, a tool to help us narrow down the search for E.T. is long overdue. Enter Caleb Scharf and Leroy Cronin, two astrobiologists who have published an equation that can predict the odds of finding alien life on an exoplanet, in a new study in PNAS. Here’s that (undecipherable) equation:

“We describe an equation to estimate the frequency of planetary ‘origin of life’-type events,” Scharf and Cronin write. “Our approach indicates scenarios where a shared chemical search space with more complex building blocks could be the critical difference between cosmic environments where life is potentially more or less abundant but, more importantly, points to constraints on the search.”

This isn’t the first equation to try to direct us toward extraterrestrials. In the 1960s, Dr. Frank Drake gifted stargazers and SETI-enthusiasts with his eponymous equation, which estimates the likely number of alien civilizations capable of transmitting radio signals to Earth. Although the equation remains essentially unsolvable, it has been a source of optimism for alien lovers everywhere because it concludes that the chance of us meeting aliens is directly related to the number of stars in our galaxy (400 billion) and the number of planets around those stars (100 billion). So the odds are basically in our favor.

The new equation picks up where Drake left off—calculating how often life begins on a distant planet, based on specific information about the planet in question. The more we know about that far-off world, the more accurate the equation becomes, until we can almost assign a “chance of life” score to every exoplanet. The equation attempts to solve for abiogenesis, the likelihood of an event occurring that leads to life beginning, by calculating the number of chemical building blocks on that planet. So let’s break down the equation.

Nb, the first figure in the equation, indicates the total number of chemical building blocks present on an exoplanet. This includes the chemicals that helped form life on our own planet (carbohydrates, lipids, proteins, and nucleic acids) as well as metal ions, silicon and trace elements. n0 refers to the number of chemical building blocks available per organism. fc considers the availability of these chemicals across a specific time period. And, critically, Pa represents luck—the probability of all of these factors colliding at once.

In other words, the equation suggests that the odds of life are highest when there is a large number of chemical building blocks per organism in the same place at the same time. Plus, a little bit of luck.

Scharf and Cronin do not consider their equation definitive, and hope that other researchers will join them in refining it over time. One of the obvious shortcomings, the authors write, is that the sort of chemicals we tend to think of as biological building blocks on Earth may not translate well to other planets. “The life that we know of on Earth is united by a common biochemical alphabet,” the authors write. “However, we cannot yet rule out the possibility of an alternate, or ‘shadow,’ life operating with a different alphabet.”

But this equation is certainly a good start—and one that could influence future exoplanet research. “Given the current explosive progress in the discovery and characterization of exoplanets, the factors that we suggest play a role in [origins of life] could motivate the acquisition of specific observational data,” the authors write. And far from being a purely academic exercise, the equation may well play, “a genuinely quantitative role in studying the origins of life.”