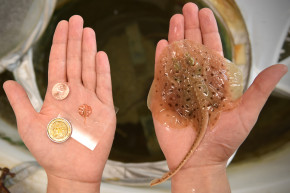 And it swims faster than a real stingray 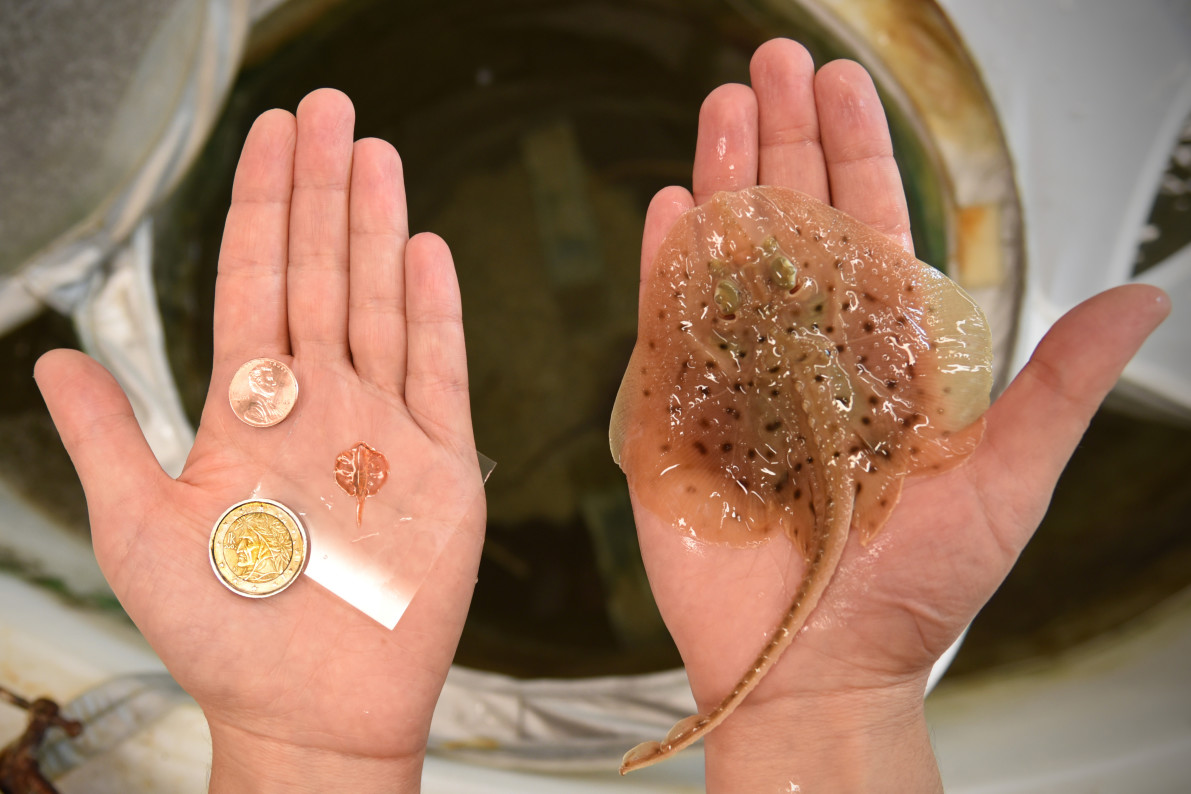 Scientists have been working to create robots that are as well evolved to move on land or in water as are their animal inspirations. Now they have created a robot that looks and moves like a stingray in water—but this robot is powered by real living cells, and it moves faster and more efficiently than its stingray inspiration ever could.

Why were the researchers inspired to make a stingray-inspired robot? These types of fish are “ideal biological models in robotics,” they write in their study published Thursday in the journal Science. Because they are flat, stingray-like fish are stable and do not roll; they are energy efficient and highly maneuverable.

To make their robot, the researchers reverse-engineered the stingray. They gave their robot four layers: a body made of stretchy material, a skeleton made of specially molded gold, another thin layer of stretchy material—this one topped with an array of 200,000 cells derived from rats’ hearts. Those cells are specially engineered to contract when exposed to light, which causes the bot’s “wings” to flap, propelling it forward.

The researchers tested their robot—which measured just over a half inch long and weighed a third of an ounce—in a bath of salt water. When they flashed a light to activate the mouse cells, the bot undulated its fins, pushing itself forward. The bot’s tail contracted downward, moving its head up in the process. The researchers also tested the bot with a more sustained exposure to light, causing it to jet forward like a jellyfish, and even put it through an obstacle course.

Not only was the stingray bot able to move faster than other soft robots, it also moved faster than a real stingray.

This robotic stingray isn’t a perfect imitation of the real thing—it lacks the second layer of cells to be able to pull the fins upward rather than only downward, and because of its small size, it wouldn’t be able to move in turbulent conditions, the researchers note.

But the researchers consider this bot a first step towards robots that can move autonomously and can adapt to their surroundings. Someday, the authors suggest, this technology could lead to more sophisticated robots that can move, adapt and process information more like their biological counterparts.