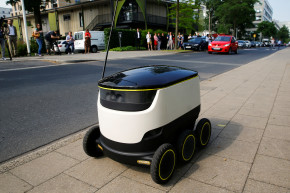 Self-Driving Robots Are About To Start Delivering Lunch 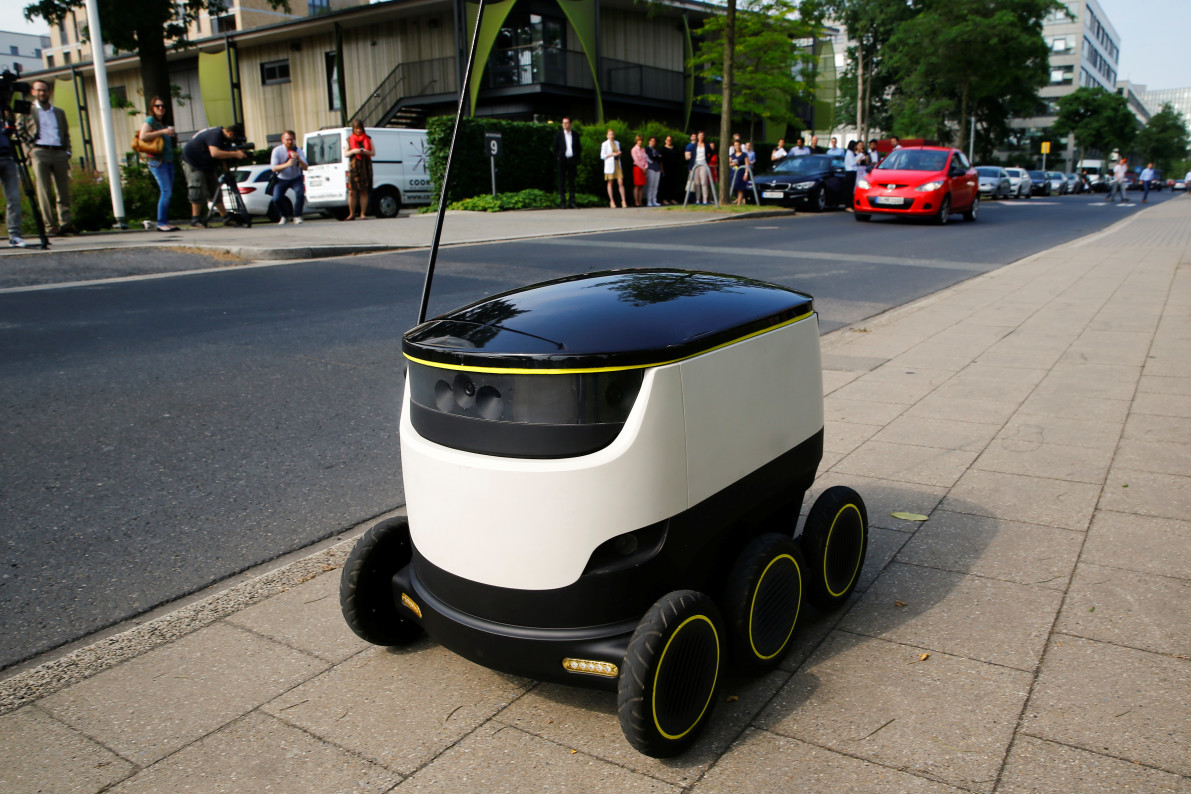 A Starship Technologies commercial delivery robot during a demo. — REUTERS
By Brian Patrick Byrne
Jul 06, 2016 at 8:41 AM ET

Self-driving robots are about to begin delivering food, groceries, and packages in several European cities as part of a trial by the co-founders of Skype.

Starship Technologies will put the autonomous robots on the streets of London, Dusseldorf in Germany, and Bern in Switzerland starting this month, Mashable reported. The company, headquartered in London, has partnered with European and London food delivery companies Just Eat and Pronto, German retailer Metro Group, and German package delivery company Hermes, to test the technology.

Starship’s chief operating officer Allan Martinson told Bloomberg that each business will use “between five to 10 robots in one or two areas of each city” during the trial,” and that the robots could be used in the U.S. “within months.”

According to Pronto, the robots use nine cameras, two-way audio, obstacle detection, and an alarm that sounds if someone interferes with them. In a post on its website on Wednesday, Just Eat said the robots drive autonomously, but are monitored by humans “who can take over at any time.”

Deliveries using the robots will be limited to short distances. Mashable reported that they’re capable of driving “in a 2-3 mile radius.” According to Bloomberg, the robots have been specifically designed to drive on sidewalks, have a top speed of 4 miles per hour, and can carry up to 20 pounds.

Customers will be given a code that they can use to access their delivery once the robot arrives at its destination, Just Eat said. The robots have already driven almost 5,000 test miles, Mashable said, and have not been involved in an accident.

The robots, first introduced in November, are an alternative to delivery drones pioneered by companies including Google and Amazon, which may be hindered by the Federal Aviation Administration’s new drone regulations.