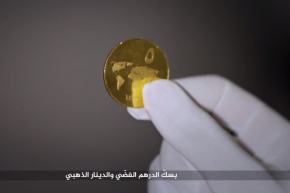 Pictures show glimmering coins with an ISIS slogan reading, "The Islamic State, a Caliphate according to the Prophetic Method" 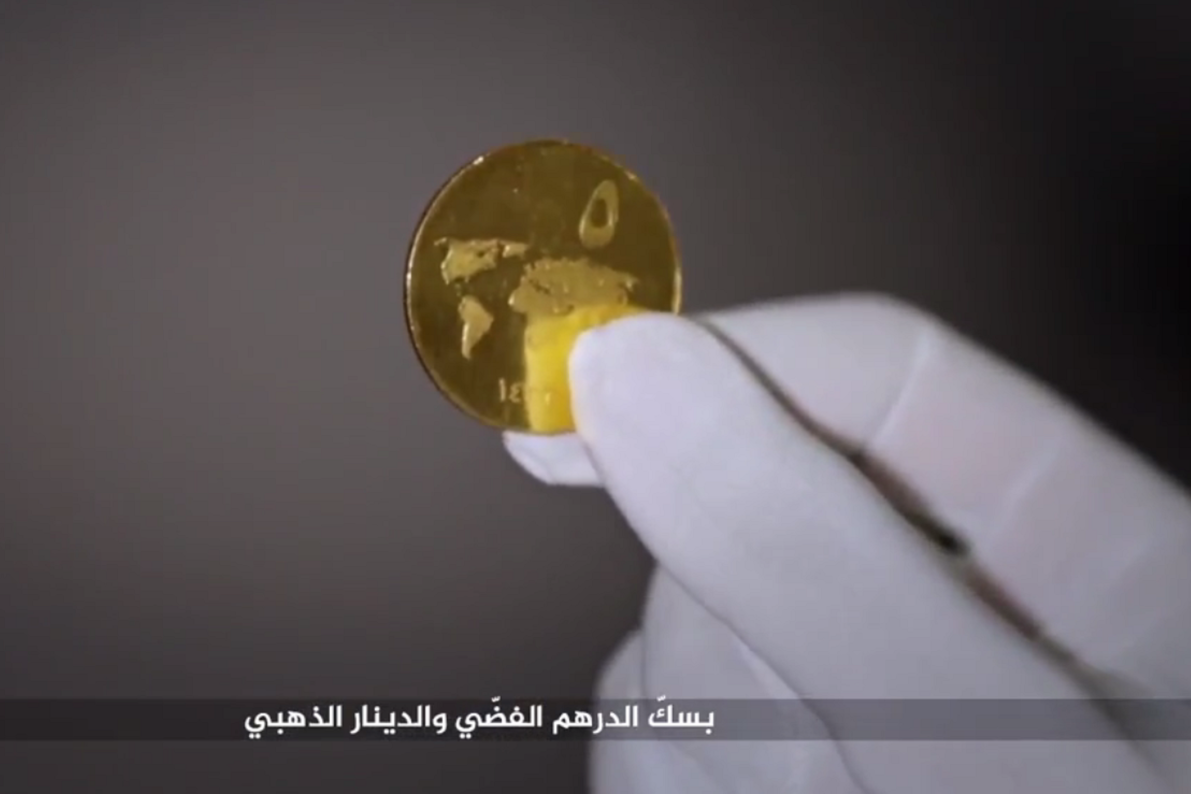 The images surfaced just days after reports said ISIS started issuing the currency—the “Golden Dinar”—in areas the terror group controls. According to the unconfirmed reports, the coins began circulating in the Syrian city of Dir e-Zour and the Iraqi city of Mosul, and ISIS has asked traders to buy oil using the currency.

Hamoud al-Mousa, the founder of “Raqqa is being slaughtered silently,” also tweeted images from his personal account claiming to show the front and back of a one dinar coin.

It’s unclear how much the coins, if confirmed to be real, are worth in ISIS territories. Online brochures the terror group published back in 2014 said a one dinar coin would weigh 4.25 grams and be made of 21 karat gold. That means today, it would be valued at about $162, according to websites that calculate the price of gold per gram. Five dinar coins, like some of those shown in the images, would be worth $810, according to ISIS’ claims about the weight and gold-pricing websites.

One ISIS supporter also tweeted images of one and two dinar coins, writing “die in your rage” alongside the image. The coins are decorated with Islamic symbols and an ISIS slogan reading, “The Islamic State, a Caliphate according to the Prophetic Method.”

Translation: “Die in your rage.”

Last summer, the Islamic State’s al-Hayat media wing released an hour-long video allegedly showing it minting gold coins—an act the terror group described as a blow to the U.S. and its “financial system of enslavement” following the September 11 attacks of 2001. Brochures posted on social media back in November 2014 showed that the group had planned to issue seven coins valued based on the materials they’re made from: gold, silver, and copper.