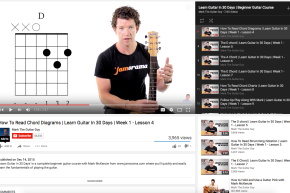 Viewership numbers drop off after the first few days, no matter what's being taught 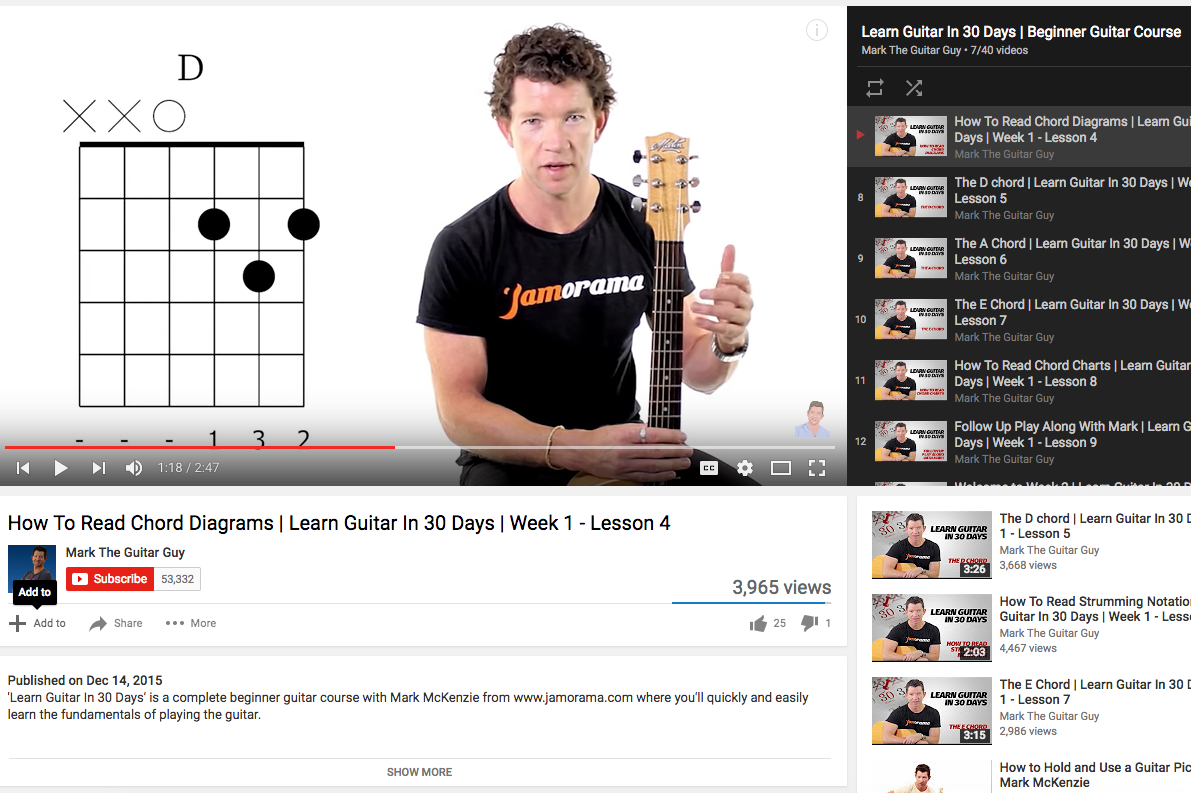 Screenshot: Mark the Guitar Guy/YouTube
By Sara Morrison and Jacob Steinblatt
Jul 07, 2016 at 5:00 AM ET

Thinking of learning how to code? Get some washboard abs? Play the guitar? Write the great American novel? Then someone on YouTube has a 30-day course for you. The chances that you’ll actually follow it, though, are pretty small.

As Redditor dataden pointed out, views for popular YouTube channel Yoga With Adriene’s “30 Days of Yoga” series fell off dramatically as the month progressed. While Day 1’s video has nearly 6.2 million views, Day 2’s video has less than half that many, and Day 3 has about 60 percent of Day 2’s audience. By Day 30, with slightly over 320,000 views, Yoga With Adriene has lost 95 percent of its viewers from Day 1. Or, as datadan phrased it, “5.4 million Yoga fails.”

But it’s not just yoga videos that YouTube viewers have trouble committing to: A Vocativ analysis found that 30-day videos on a variety of subjects met a similar fate, indicating that it’s not what is being taught or who is teaching it that determines continued audience interest—it’s where. Or maybe humans are just that bad at committing to any kind of improvement, regardless of the medium.

One 30 days series that somewhat bucked the trend was Bodybuilding.com’s “Extreme Cut Training Program,” which had a drop-off after the first day’s video only to shoot back up on on Day 30 with about the same number of views as Day 1’s video. This might be because Day 30’s video featured some before and after photos, showing that everyone loves to look at the results of hard work, even if they themselves don’t want to do it.