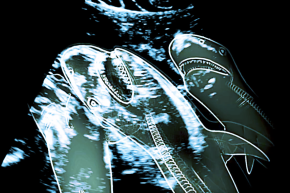 Watch These Adorable Baby Sharks On The First Tiger Shark Sonogram
By Joshua A. Krisch

They're barely fetuses, but they already have rows of razor-sharp teeth 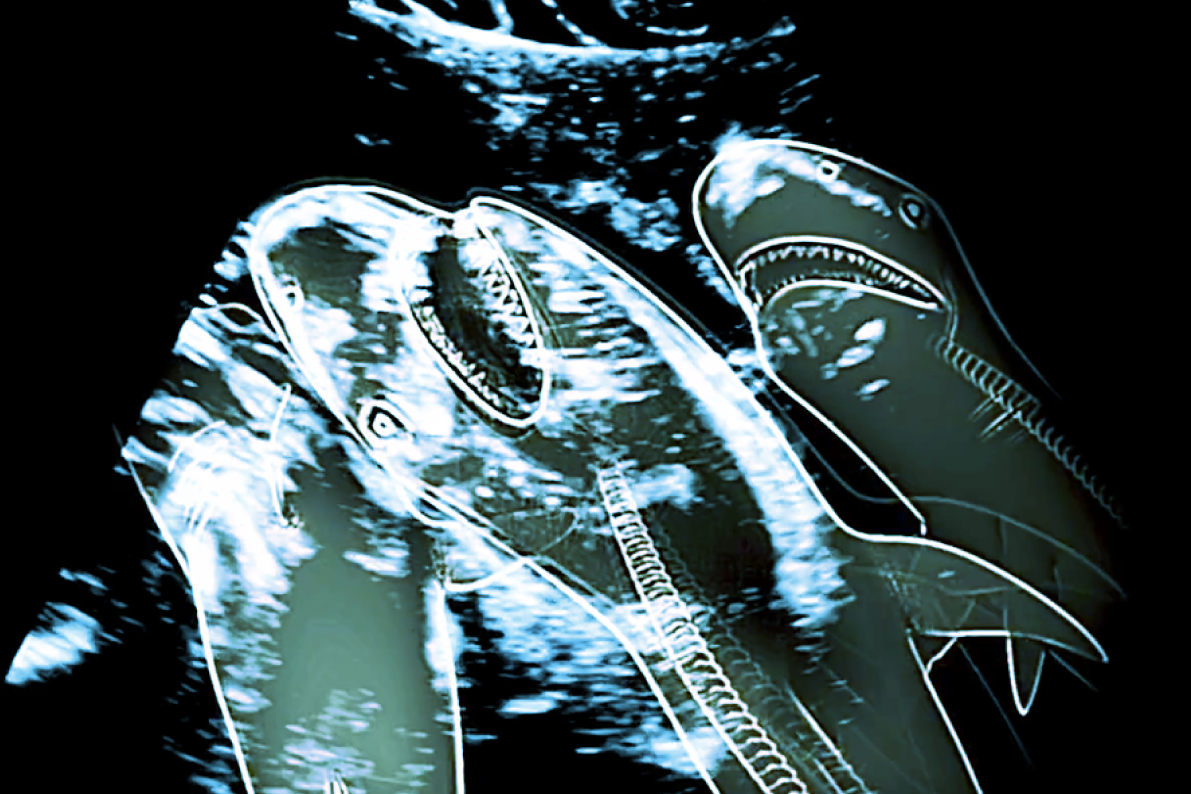 Meet Emily, the first pregnant tiger shark to receive a sonogram. Also, meet her 20 pups—a litter of fetal sharks that already have rows of pointy little teeth. Here’s a close-up of Emily’s aquatic prenatal visit, courtesy of Discovery Channel’s Shark Week (which, when it’s not making stuff up about Megalodons, is usually good for a few incredible GIFs):

Emily is one lucky shark. Up until now, scientists have studied pregnant tiger sharks the only way they knew how—by killing the mother, slicing open her belly and studying what’s inside. But this practice bothered Neil Hammerschlag, shark expert at the University of Miami.

“We aren’t sacrificing humans to determine if they’re pregnant,” he said in a Shark Week preview. “Why aren’t we doing it for sharks?”

So Hammerschlag and his team rigged up a water-proof ultrasound machine, anesthetized a pregnant-looking female tiger shark (because it’s rude to ask a tiger shark if she’s pregnant) and, in what we can only assume was a first for petroleum jelly, turned on the sonogram. Emily, the team discovered, was very pregnant—with at least 20 shark pups due in only a few months. In order to keep track of Emily and protect her until she gives birth, researchers tagged the fearsome mommy shark with a special GPS monitor that falls off by itself after one year. They then put away their fancy equipment, eased Emily off the devices holding her in place, and cheered as she swam off.