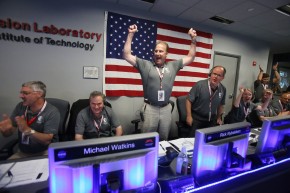 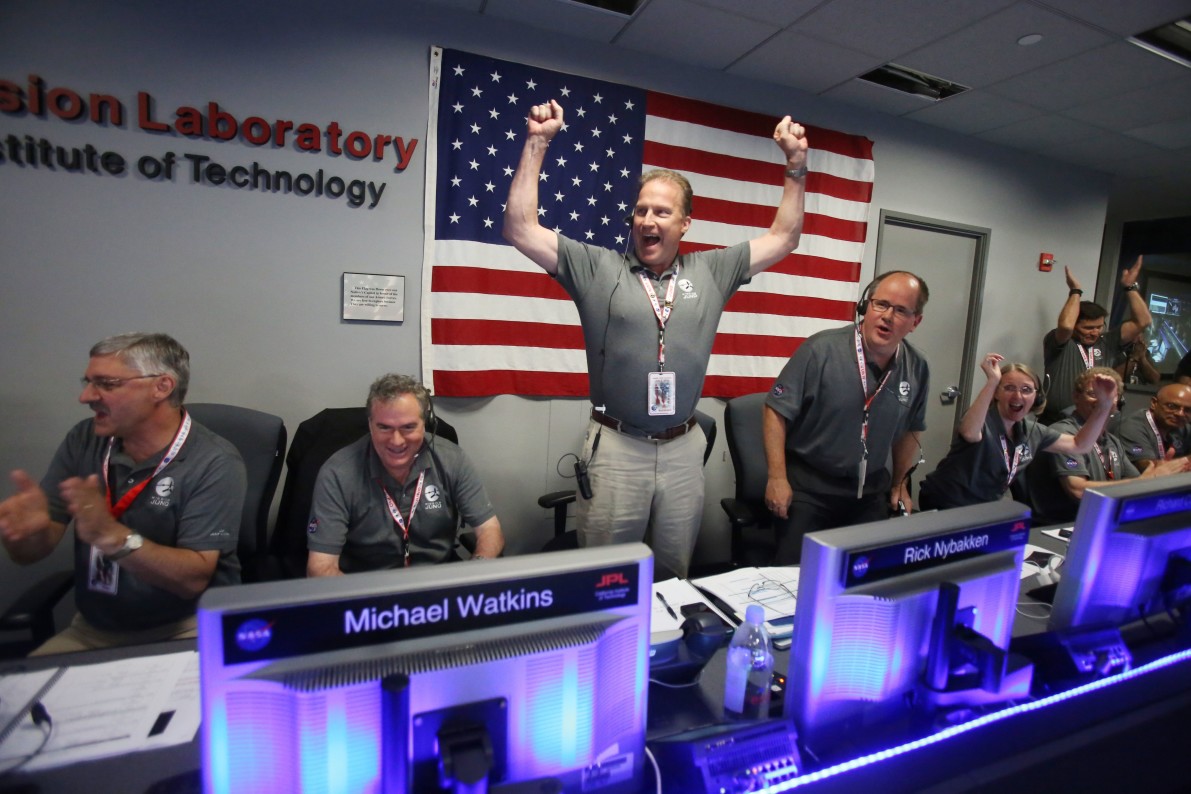 NASA celebrated Independence Day on Monday by sending its Juno spacecraft into orbit around Jupiter, the largest planet in our solar system.

“Independence Day always is something to celebrate, but today we can add to America’s birthday another reason to cheer — Juno is at Jupiter,” NASA administrator Charlie Bolden said in a news release on Tuesday.

NASA reported that the spacecraft, which traveled 1.7 billion miles over nearly five years, entered Jupiter’s orbit at 11:53 p.m. ET on July 4. Running on autopilot, it burned its engine for 35 minutes, “decreasing the spacecraft’s velocity by 1,212 miles per hour (542 meters per second) and allowing Juno to be captured in orbit around Jupiter.”

Juno is set to investigate “the unknowns of Jupiter’s massive radiation belts to delve deep into not only the planet’s interior, but into how Jupiter was born and how our entire solar system evolved,” NASA’s Bolden said.

Engine burn complete and orbit obtained. I’m ready to unlock all your secrets, #Jupiter. Deal with it.

All rays on me. My solar panels now face the sun. I’m the farthest solar-powered spacecraft from Earth. #Jupiter

Juno is the second spacecraft to reach Jupiter, the Associated Press reports. A spacecraft launched in 1989, called Galileo, discovered that an ocean may lie underneath the surface of Europa, one of Jupiter’s many moons, while it circled the planet for a decade. Now, June will orbit Jupiter 37 times over the next 20 months, according to The New York Times. It will face radiation akin to 100 million dental X-rays during its mission, but scientists placed its computer and other hardware in a titanium vault to protect them, the AP reported.

To successfully propel the probe into orbit, scientists pre-planned a series of events, including altering Juno’s altitude so its main engine faced in the right direction. Scientists also stabilized the spacecraft by increasing its rotation rate from 2 to 5 rotations per minute. After Juno entered Jupiter’s orbit, it turned again in order to allow the sun’s rays reach its solar panels, NASA said.

NASA will carry out some final testing on Juno before it gets to work collecting data. “With its suite of nine science instruments, Juno will investigate the existence of a solid planetary core, map Jupiter’s intense magnetic field, measure the amount of water and ammonia in the deep atmosphere, and observe the planet’s auroras,” the agency explained its in Tuesday news release.

The AP reported Juno will move closer to Jupiter in August, until it is about 3,000 miles above the planet’s clouds. And it will collect data until 2018, when it will intentionally enter Jupiter’s atmosphere and disintegrate. The AP said this is to prevent it from crashing into Jupiter’s “potentially habitable” moons.

On Monday, Google rolled out an animated Google Doodle worldwide to celebrate the mission’s success. “In satellite terms, Juno is a warrior,” Google said. “Today’s Doodle celebrates this incredible moment of human achievement.”