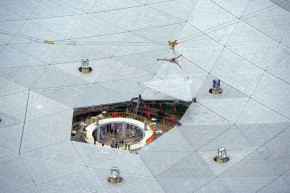 The telescope, to be used to study the universe, is the size of 30 football fields 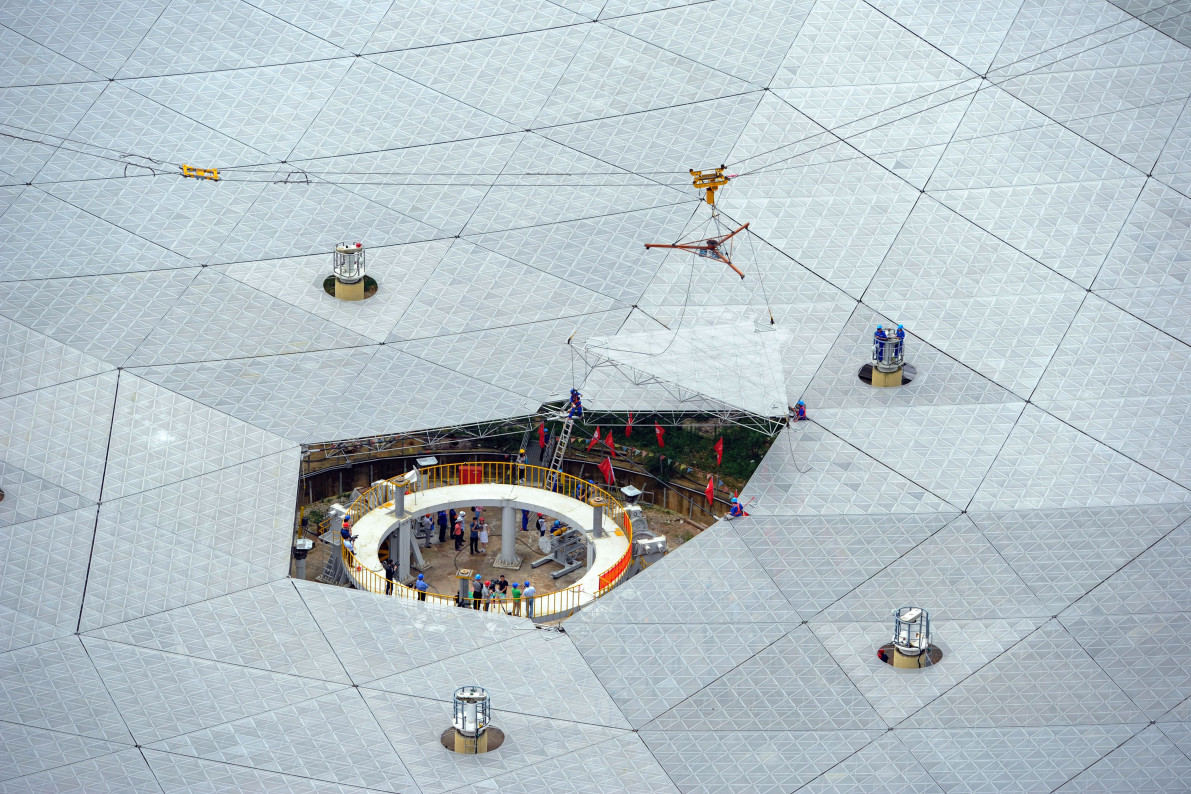 China just finished building the “world’s largest” radio telescope that can “see farther and darker planets”—and it’s going to use it to help find alien life.

After around five years of construction, workers laid the final piece of what’s called the Five-hundred-meter Aperture Spherical Telescope, or FAST, on Sunday morning, China’s state news agency Xinhua reported. The telescope cost $180 million to build, measures the size of 30 football fields, and is expected to begin operating in September.

“As the world’s largest single aperture telescope located at an extremely radio-quiet site, its scientific impact on astronomy will be extraordinary, and it will certainly revolutionize other areas of the natural sciences,” Nan Rendong, chief scientist of the FAST Project, told Xinhua.

According to Zheng Xiaonian, deputy leader of the National Astronomical Observation (NAO) at the state-run Chinese Academy of Sciences, which built the telescope, the device could help to “better understand the origin of the universe, and boost the global hunt for extraterrestrial life,” Xinhua reports.

The telescope is considerably larger than Puerto Rico’s 300-meter Arecibo Observatory and “10 times more sensitive” than Germany’s steerable 100-meter telescope, according to the report.

Scientists will now begin running tests on the huge device, carry out further adjustments, and early-stage research. After two to three years, scientists from around the world will be able to use it, said Peng Bo, director of the NAO Radio Astronomy Technology Laboratory. Bo claimed the telescope’s ability to potentially find aliens “will be 5 to 10 times that of current equipment, as it can see farther and darker planets.”

The telescope was built in Pingtang County, situated in Guizhou, a southwestern province in China. Sixty-five people who lived there were moved out of the area in 2009 to make way for the project.

The U.S. government has shown concern about China’s advances in space exploration. Reuters reported that the U.S. Department of Defense claimed China is “pursuing activities aimed to prevent adversaries from using space-based assets in a crisis.”