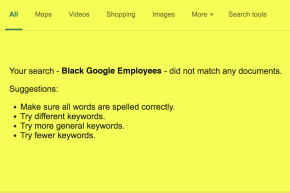 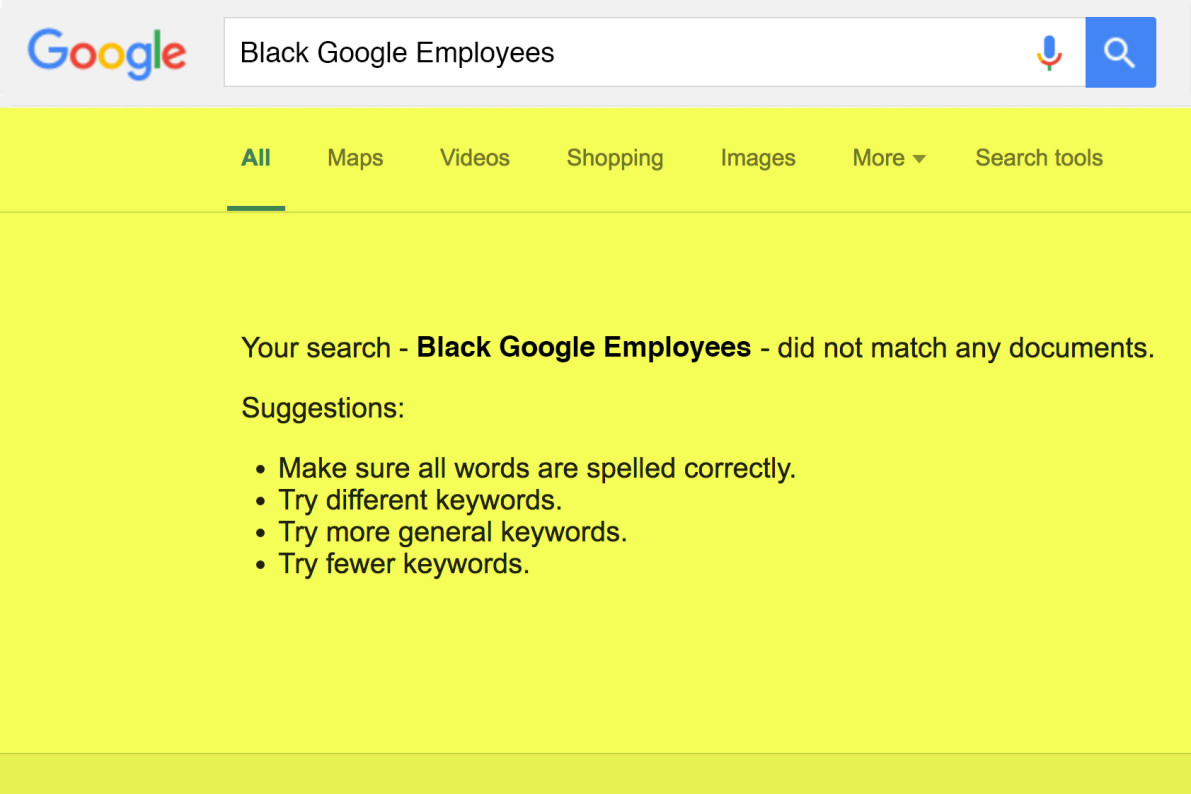 Despite what it says are its very best efforts at improving the diversity of its workforce—even appointing the first black board member to its parent company, Alphabet, a day before the latest grim statistics were released (surely a coincidence)—Google has a long way to go.

The company released its 2015 workforce demographic report, and while some areas saw improvement, those improvements were incremental at best—just a percentage point or two.

And that was the good news. When it comes to people of color, Google appears to have made next to no progress whatsoever. While Asians increased by one percentage point, black and Hispanic employees didn’t change at all, staying at 2 and 3 percent respectively, which was the same as the numbers from 2013, the first time Google disclosed its diversity numbers.

In an attempt to show that the company was totally trying to hire people who are not white men, Google included its new hire statistics for the first time, proudly showing that 4 percent of its hires in 2015 were black and 5 percent were Hispanic. Google says that is “moving in the right direction” because it is “hiring above our current representation.”

In its blog post about the new numbers, Google outlined its efforts to “build a more inclusive culture,” including unconscious bias training and “nudging” women to nominate themselves for promotions.

CNNMoney notes that, with 60,000 employees, it will take hundreds of diverse new hires to have a significant effect on the numbers. A few percentage points above the norm isn’t going to cut it anytime soon, and hasn’t so far. Google isn’t the only tech company with such terrible diversity numbers: Facebook, Twitter, and Yahoo‘s gender and race breakdowns are similarly awful.