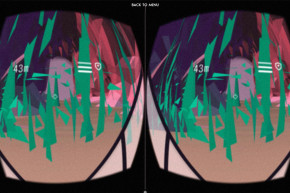 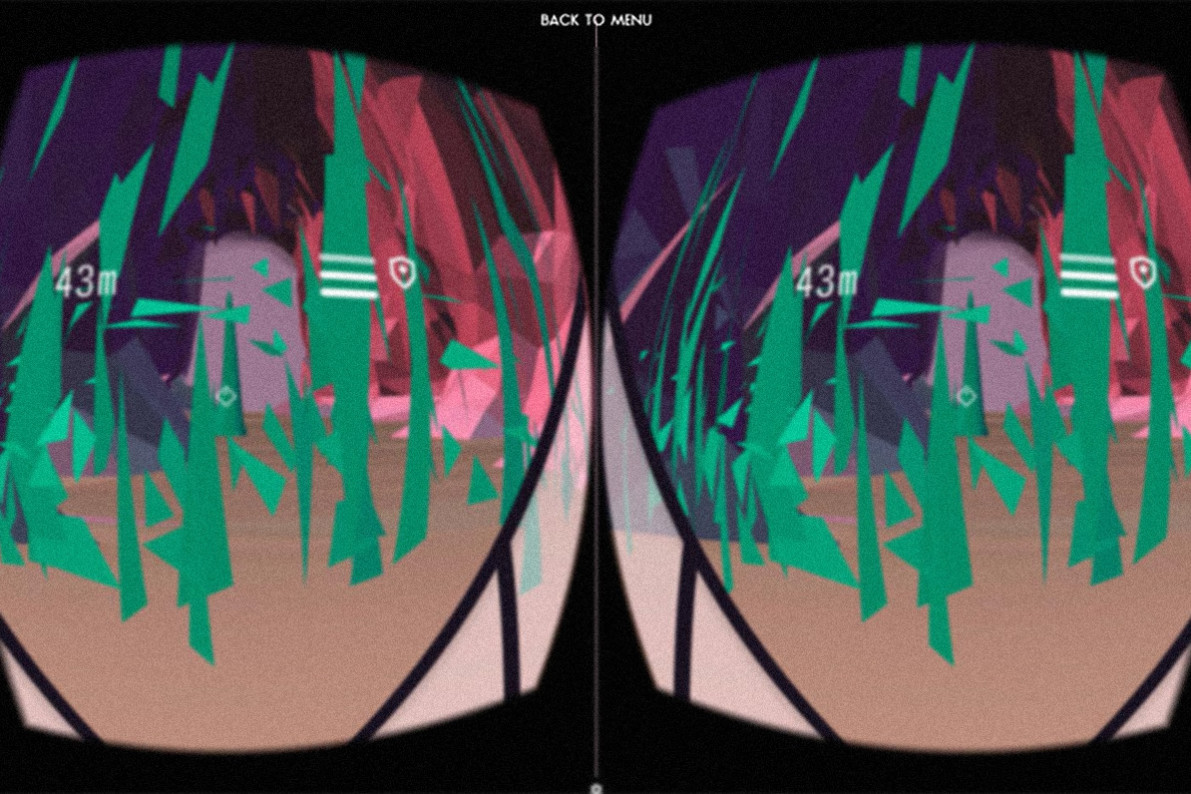 I’m controlling a little spaceship with my head. It zips past planets and meteors, moving faster if I look further up or down in any direction. If I hold still over a planet, I can enter it and play a game, dodging stalagmite-like structures for as long as I can by lolling my head from one side to the other.

The game is in virtual reality, run on an Android phone strapped inside an inexpensive foam headset. It’s called VR Care, and it could soon have a real practical impact on burn victims dealing with severe pain.

When a patient is in the hospital recovering from a burn, their wound has to be cleaned at least every day to prevent it from becoming infected, and disinfection can causes serious pain. Patients can take painkillers, but those have side effects and might not be effective for the acute pain involved in the cleaning.

Starting in the year 2000 and gaining momentum more recently, researchers have been evaluating virtual reality video games as a way to reduce the feeling of pain for burn cases like those. It works surprisingly well—the researchers suspect that the games distract patients. With more of their cognitive power and attention going towards a game (especially an immersive virtual reality game), their brains have less capacity to process the pain signals coming in from elsewhere in the body—a concept called gate control theory. But until smartphone quality improved and headsets like Google Cardboard became inexpensive to produce, it was too costly to make these sorts of games a viable alternative for patients.

The design firm Frog has taken the concept a step further, developing virtual reality headsets that are cheap and more comfortable than cardboard. “This is a way to show people that virtual reality doesn’t have to be an expensive, customized headset—it can be very cheap and accessible,” Brian Pridgen, a plastic surgery resident at the Stanford Hospital and a physician-in-residence at Frog told Vocativ. “Doctors tend not to be very technologically inclined. So this is a nice way for us to apply what’s available to provide something demonstrably efficacious.”

The designers at Frog wanted to make a headset that fit the unique constraints of burn victims. The set had to withstand moisture so nurses can clean a patient’s wounds without causing damage and it couldn’t restrict the patient from sitting upright or moving around. The current model achieves this criteria as it is made of inexpensive foam that is easily pieced together and attaches to the patient’s head with an elastic band. The game itself is also designed to fit varying needs. A space map game is supposed to be meditative and soothing, but a cave map game is fast-paced and engaging. Unfortunately, the latter can also be nauseating (as I, along with a few of my Vocativ colleagues, discovered).

The developers have only tested VR Care internally so far. Pridgen is using both the game and the headset in an experiment with burn patients at Stanford and he expects to have the results in the next few months.

Hunter Hoffman, a mechanical engineering professor at the University of Washington who has spent decades using virtual reality to modulate patient pain, tells Vocativ that VR Care is a clever idea that will be “very valuable as one of a number of different tools.” And though it might provide unprecedented access for many patients, VR Care won’t work for all patients, such as those with burns on their faces or heads. Their needs could be met by wall-mounted virtual reality goggles, for which Hoffman has developed a game, though the system is so expensive that it can only be found in a handful of hospitals in the country. But Hoffman anticipates that there will soon be many more products like VR Care available for patients. “There are a lot of new devices coming out—it’s like Christmas for virtual reality researchers and people trying to apply virtual reality,” he says.

Both Hoffman and Pridgen suspect that virtual reality pain management could soon help more patients beyond burn victims. In cases of acute pain, such as from an injury or after surgery, or anxiety, like when young children are afraid of needles at the doctor, virtual reality might be able to help. “Often kids need additional anesthetics or anxiety-reducing medications to allow them to undergo a procedure, when really they just need to be calmed down,” Pridgen says.

VR Care is still in prototype phase—Frog is a design company, not a manufacturer, so it has been making headsets with parts totaling a few hundred dollars ordered from Amazon. Frog is currently looking for another company to partner with in order to bring VR Care to market. After that, the device would have to be approved by the FDA to be used with patients.

But that’s not the highest priority for the team at Frog. Pridgen his team wanted to show that a low-cost game and headset were possible. That’s why they made the game open-source. “We’re putting out there so people are aware and [doctors] can start using it on patients anywhere in the world,” Pridgen says.