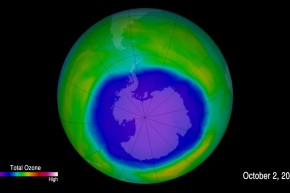 Good News: Hole In The Ozone Layer To Close By 2050
By Joshua A. Krisch

Good News: Hole In The Ozone Layer To Close By 2050

The hole in the Antarctic ozone layer is finally healing, and scientists say there's no reason why it shouldn't close up by the middle of the century 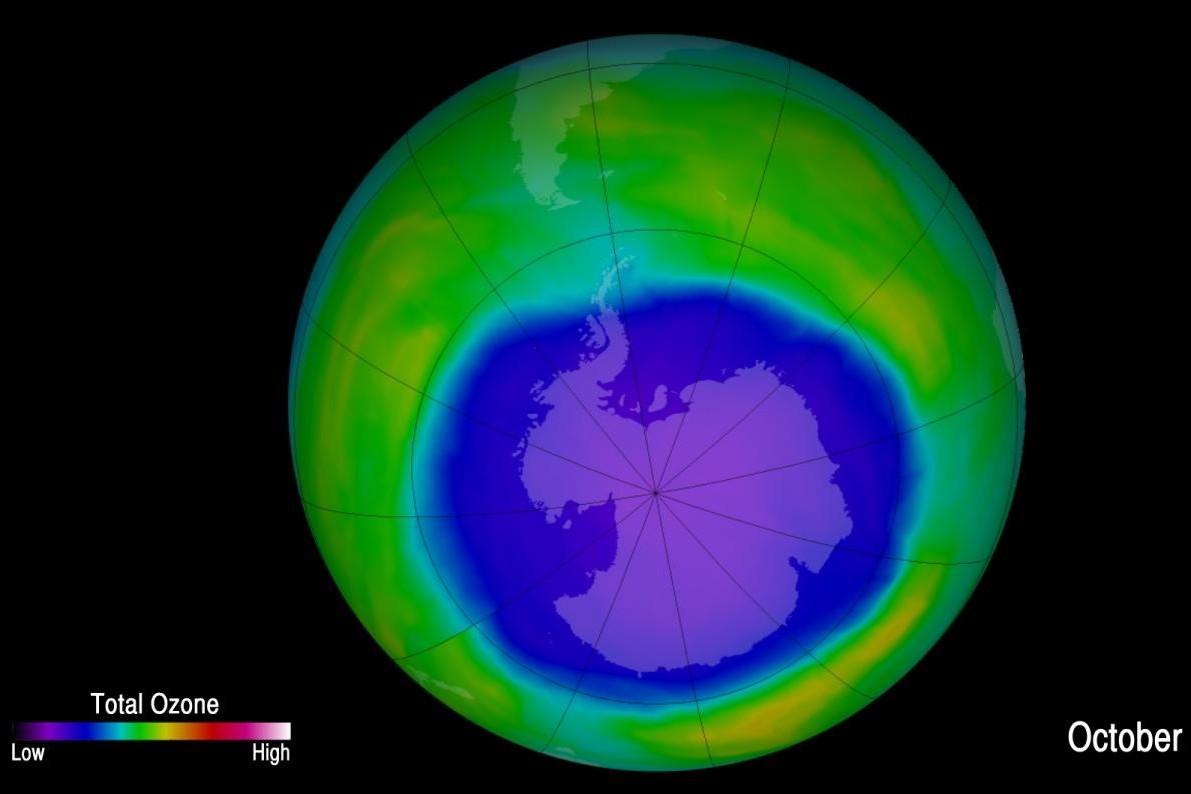 Climate scientists are not an optimistic bunch. But a new study in the journal Science has just identified a silver lining within our troublesome ozone layer—it’s healing. Researchers found that the ozone hole above Antarctica has shrunk by more than 1.5 million square miles per year since 2000, suggesting that the entire issue could be behind us by the middle of this century.

“We can now be confident that the things we’ve done have put the planet on a path to heal,” said coauthor Susan Solomon of MIT, in a statement. “Aren’t we amazing humans, that we did something that created a situation that we decided collectively, as a world, ‘Let’s get rid of these molecules’?”

“We got rid of them, and now we’re seeing the planet respond.”

More Climate Change Is Going To Kill Off The Penguins

Climate change has recently eclipsed our ozone woes, but children of the ’80s will doubtlessly remember the hole in the ozone layer as their first real climate catastrophe. After decades of pumping chlorofluorocarbons, or CFCs, into our atmosphere through antiquated dry cleaning processes, old refrigerators, and hairspray, we had managed to carve a sizable hole in our atmosphere, especially over Antarctica. Since the ozone layer’s job is to shield our planet from harmful ultraviolet rays, we all agreed that this was not good.

And then we, as a society, did something about it. (It’s hard not to be nostalgic for simpler times, when scientists said the world was going to end and people actually listened). By 1987, virtually every country in the world had signed the Montreal Protocol, which outlawed CFCs in a desperate attempt to save the ozone layer. Lately, we’ve been finding evidence that the Montreal Protocol might have actually worked.

But this new study is the first to use advanced 3D modeling and computer simulations to map the ozone layer’s recovery. Solomon and her team tracked the ozone hole as it opened each September from 2000 to 2015 using weather balloon and satellite data, as well as cofounding factors such as temperature, wind and volcanic eruptions (which function sort of like giant bottles of hairspray, when it comes to the ozone layer) to track the levels of chlorine from CFCs bobbing about in the atmosphere. Then, they compared these measurements with 3D models that use chlorine levels to predict the size of the ozone hole.

Solomon and her colleagues found that the ozone hole had peaked in 2000 and that, since then, it had been in steady decline. The average size of the ozone hole each September, the study suggests, loses an area about 18 times the size of the UK each year. They also found that measurements from September were far more accurate than prior measurements taken in October. “It’s been interesting to think about this in a different month, and looking in September was a novel way,” said coauthor Diane Ivy of MIT, in a press statement. “It showed we can actually see a chemical fingerprint, which is sensitive to the levels of chlorine, finally emerging as a sign of recovery.”

The findings are particularly heartening to a generation of climate scientists who pushed hard for the world to do something about the ozone layer, and got what they wanted. After the international community agreed to change manufacturing at the word of the scientists, it would have been disturbing to find that the drastic change were all for naught. “What’s exciting for me personally is, this brings so much of my own work over 30 years full circle,” Solomon says. “Science was helpful in showing the path, diplomats and countries and industry were incredibly able in charting a pathway out of these molecules.”