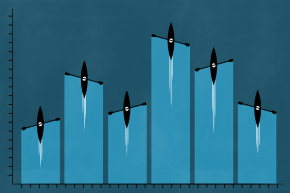 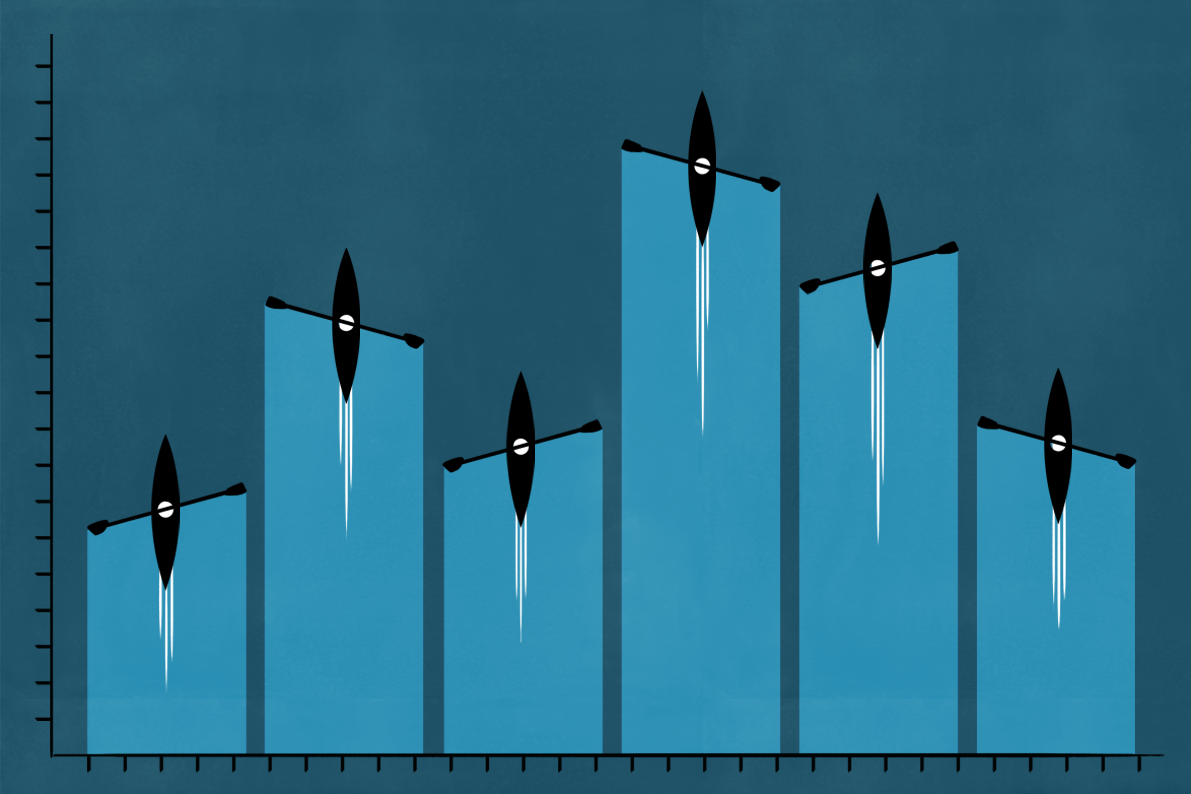 The ocean is beset by constant distortion—currents, waves, and wind—yet each of Maggie Hogan’s strokes is measured to the centimeter. A pair of sensors affixed to her kayak and paddle provide real-time feedback through an app on her waterproofed iPhone, helping assuage her concerns on every stroke: “Am I entering far enough forward? Am I exiting early enough?”

Hogan, who qualified for this summer’s Olympics in the 500-meter women’s kayak sprint, used to film training sessions and review them alongside her coach. They’d scrutinize her technique, hoping to identify imprecision, a guessing game now eliminated by Big Data’s arrival in water sports.

The United States Olympic Committee does not provide financial support to canoe sprint athletes, so Hogan has a full-time job, fundraises, and relies on a $249 app from Motionize to help level the playing field against the international giants in the sport, such as Great Britain and Canada.

“We are an unfunded team,” Hogan said, “and we’re competing against multi-million dollar-funded organizations.”

Data is the great equalizer, its objectivity and accessibility a tool for any athlete willing to abide by it. That, of course, was the well-told lesson of “Moneyball,” in which Billy Beane’s small-market Oakland A’s exploited ignored advantages on the cheap. Many credit the magical, championship-winning run of Leicester City, a Premier League pauper, to the club’s adoption of analytics. In kayaking, the concepts of on-base percentage and counter-attacks have been replaced with distance per stroke and technique efficiency.

For a year, Hogan lived on a sailboat near Coronado that had no television, no internet, and no cell service—the boat’s name was Incommunicado—but that experience belies her science and data background as a U.C. Santa Barbara biopsychology major, seven years as a cancer researcher, MBA graduate, and employee in General Electric’s locomotive wreck repair unit.

“Everything I’ve done has had some sort of data collection point to it, whether that’s GPS or heart rate or tracking recovery,” said Eray, who is also the founder of MultiCoach, an online platform for remote training instruction. “We’ve been quite scientific in my coaching approach and obviously in my own athletic career.”

The pair has been simpatico in training—experimental and scientific, Hogan said of Eray’s methods—and the results have been there. Hogan’s bronze medal in the 1,000-meter kayak in the Sprint World Championships last year in Milan made her the first U.S. citizen to medal in two decades. After missing the cut for the 2008 Olympics in Beijing by two-tenths of a second, Hogan is now an Olympian.

Hogan, 37, was a latecomer to the sport, growing serious about kayaking only a dozen years ago—preceded by a Division I swimming career and a foray into surf ski, which she equated to an oceanic lifeguarding competition. At the time Hogan started kayaking, Team USA had a broad program that provided the necessary volume and water miles Hogan needed as a novice. Customization through analytics has grown in importance as she seeks further speed gains through more targeted training.

The inception of Motionize, an Israeli startup, originates in suburban Atlanta. After Guy Aharon and a fellow kayak enthusiast had finished paddling along the Chattahoochee River a few years ago, they met a third friend accompanied by his bicycle, which cost thousands of dollars with thousands more in accessories, gear, and gadgets. The cycling friend asked, “What do you have for your kayaks?” Aharon replied, “There’s nothing.” (Except for that travel site, but that’s another story altogether.)

That triggered the idea that became Motionize. Those three men became the company’s founding partners in hopes of devising a system to target millions of recreational kayakers. (Aharon hinted that the technology is currently being adapted for use in another sport.)

“We wanted to track motion, analyze it, and provide real-time feedback for kayakers,” Aharon, the CEO, said. “The challenge was huge because, if you’re on a bicycle or you’re running, you have ground. Here on the water, you have nothing—no reference points.”

New Zealand-based Vaaka developed a prototype of an analytic sensor back in 2009, with members of that country’s national team using them ever since, but Motionize appears to provide more real-time data than its competitor.

While Hogan is racing off the coast of Brazil’s famed Copacabana Beach, she’ll have an additional reference point in the water: her family, who rarely has traveled for her prior international races, are all going to Rio. In fact, they’ve Airbnb’d a trawler in the middle of the bay.

“The last two years have definitely been the very best of my career,” Hogan said.