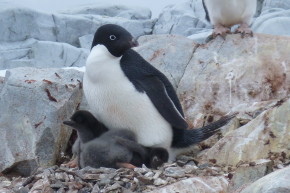 Climate Change Is Going To Kill Off The Penguins
By Joshua A. Krisch

Climate Change Is Going To Kill Off The Penguins

Climate change is wrecking Adélie penguin breeding grounds, and a new study suggests they're about to take a nosedive off a melting glacier 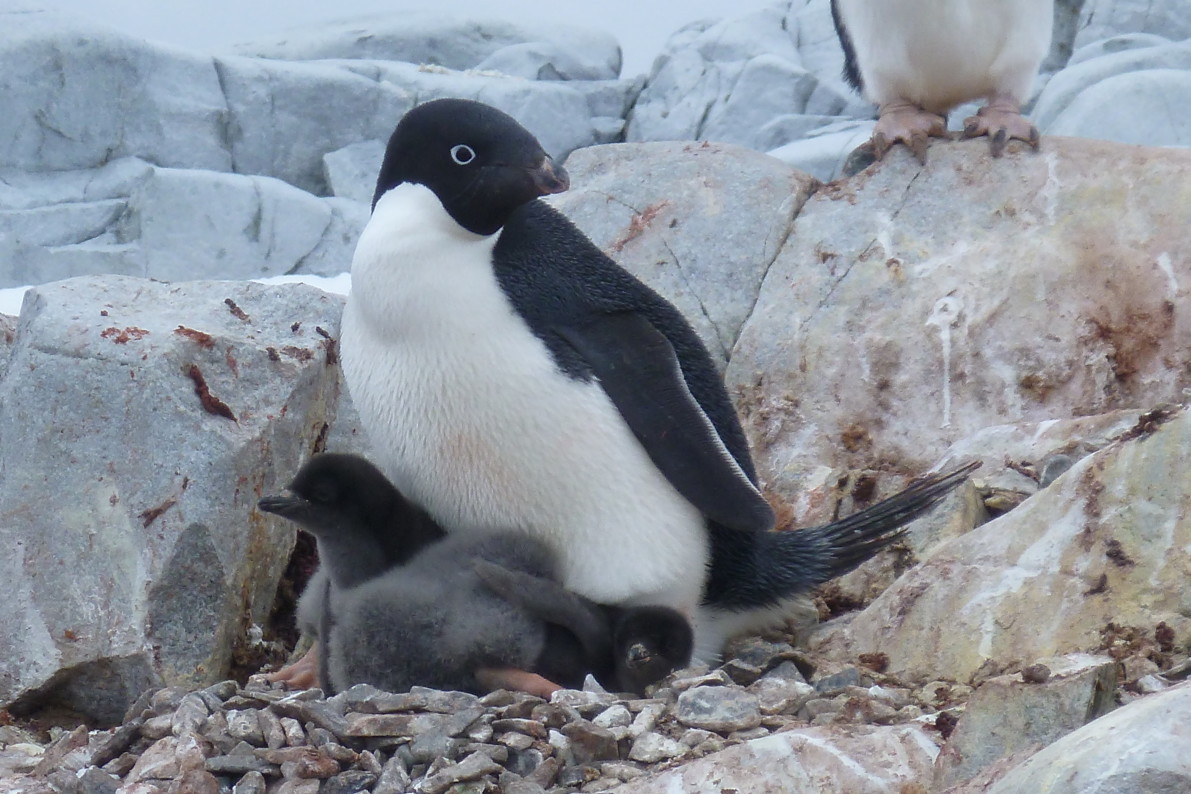 Adélie penguins are adorable flightless birds that live in Antarctica and occasionally practice prostitution. Even without their scandalous flings, however, Adélie penguins have a reputation for getting around. Studies suggest that they’ve spent millions of years living in sync with their local climate—abandoning and reclaiming ancestral breeding grounds as glaciers melt and freeze over in a predictable cycle. But according to a new study in Scientific Reports, the Adélie penguins may have finally met their match in the form of human-induced climate change. The data suggests that climate change could cut the penguin population by a full 60 percent before 2100.

“When we combined this data with satellite information and future climate projections on sea surface temperature and sea ice, we can look at past and future changes in Adélie penguin habitat suitability,” said coauthor Megan Cimino of the Scripps Institute, in a statement. “It is only in recent decades that we know Adélie penguins population declines are associated with warming, which suggests that many regions of Antarctica have warmed too much.”

The West Antarctic Peninsula is one of the most rapidly warming places on Earth—and that’s bad news for the thousands of Adélie penguins who call the peninsula home. Prior studies have examined how climate change in western Antarctica may affect penguins and their habitats, but this new study is the first to harness the power satellite data and global climate models to get the job done.

For the study, which was funded by NASA’s Biodiversity program, Cimino and her team collected satellite observations of the peninsula stretching back to 1981 to get a better idea of how sea surface temperatures, sea ice, and the number of penguins on the peninsula have changed with varying temperatures. They also collected data from prior studies that had physically counted penguins, to complete their picture of penguin populations.

Then, the researchers focused on historical penguin data from years of unusual climate activity, and plugged those figures into complex climate models to make predictions about how the penguins might respond to changing temperatures over the next 100 years. The results are not promising. The data suggests that warm sea surface temperature puts the Adélie penguins at risk of losing their habitats and creating unstable conditions in the South. Specifically, their climate models project that 30 percent of current Adélie colonies may be in decline by 2060 and as many as 60 percent may be in decline by 2099. In some regions, this is already happening.

“Matt and I have worked extensively at Palmer Station and we know that penguin colonies near there have declined by at least 80 percent since the 1970s,” says Cimino, describing the United States’ only research station in northern Antarctica. “Within this region we saw the most novel climate years compared to the rest of the continent. This means the most years with warmer than normal sea surface temperature.”

There is hope, however, for the Adélie penguins. Cimino says that small refugia—pockets of land that, for whatever reason, escape most of the effects of climate change—could serve as a local refuge for fleeing penguins. “The Cape Adare region of the Ross Sea is home to the earliest known penguin occupation and has the largest known Adélie penguin rookery in the world,” Cimino says. “Though the climate there is expected to warm a bit, it looks like it could be a refugia in the future, and if you look back over geologic time it was likely a refuge in the past.”