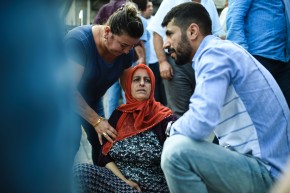 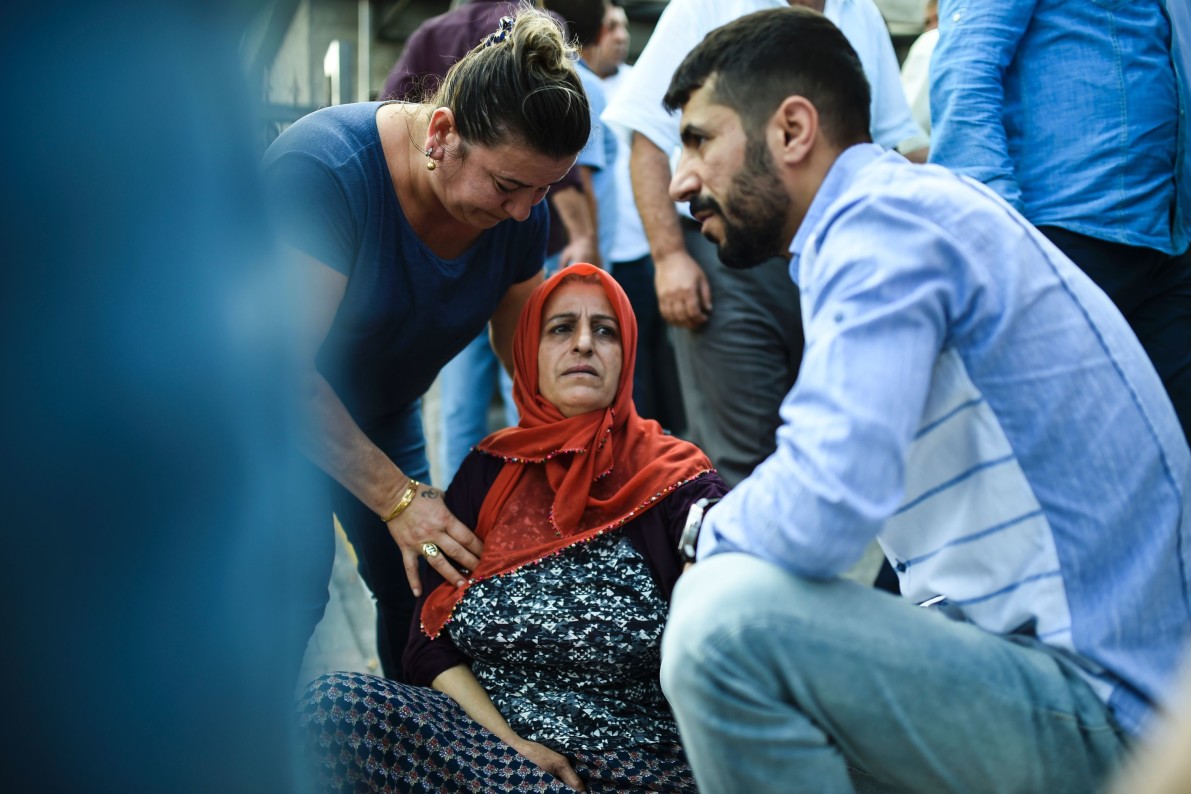 Authorities are hunting for answers about who was behind a triple suicide attack that tore through one of the world’s busiest airports on Tuesday. While no group has claimed responsibility for the massacre, Turkey’s prime minister said signs point to the Islamic State, and U.S. officials said the terror group tops the list of suspects.

Yet in a prominent ISIS forum, where the group’s supporters are usually quick to praise global terror attacks, the majority of active users didn’t celebrate. In a rare stance, they also didn’t jump at the chance to say ISIS extremists carried out the violence that killed 41 people at Istanbul’s Ataturk Airport, Vocativ discovered.

Some were even against it. When one supporter declared “God is great”—“Allahu Akbar“—in growing chatter among forum users discussing the massacre, the comment was quickly shut down by critics. “Why are you praising an attack in which innocent Muslims were killed?” one supporter posted on ISIS’ Al-Minbar forum.

Others said it wouldn’t make sense for the terror group to unleash an attack at the major international airport, a vital transport hub linking the East with the West. “Brothers, Turkey has been a gateway for jihadists, and anyone who wanted to immigrate to Syria left from its airport,” one supporter posted, highlighting a journey many militants have taken to the heart of ISIS’ so-called caliphate. “And now this attack hurts the interests of the ones who want to travel. This is proof that the Islamic State did not attack Turkey.”

The comments, which were among dozens of speculative statements on the forum about the attack and its perpetrators, doesn’t mean ISIS wasn’t behind the assault. A U.S. intelligence official speaking to CNN said the target of the attack, and the way in which it was carried out, were characteristic of the terror group and its tactics. Other officials told the network it would be surprising if the Kurdish PKK, rather than ISIS, carried out the massacre, since the PKK typically targets security and military outposts in its campaign against the Turkish government.

But the lack of grisly enthusiasm among ISIS adherents was palpable on Wednesday, suggesting that even if ISIS does claim responsibility for the attack, it may not be welcomed with the usual wave of support from the terror group’s loyalists.

At the crux of their unease seemed to be the complex identity of the target: Should they praise an attack that targeted an airport in Turkey, which ISIS has long considered an enemy state, or instead lament that it took place in a nation home to a Sunni Muslim majority?

The nature of that confusion was highlighted in forum comments that criticized Turkish President Recep Tayyip Erdogan in the aftermath. “I hope there are no innocent Muslims among the casualties,” one user posted on Wednesday, adding, “In any case, whoever is behind this attack hurt Erdogan’s economy.” Another said the assault was a sign that “God is taking revenge against the Turkish government.”

Turkey has faced a wave of attacks on its soil over the last year by both Kurdish PKK fighters—engaged in a decades-long conflict with the Turkish government—and ISIS militants.

“Sadly, this murderous attack is only the latest in a series of attacks aimed at killing and maiming innocent civilians,” Mark Toner, deputy spokesperson for the U.S. State Department, said in a Tuesday statement as governments worldwide condemned the attack. “Such attacks will only reinforce our determination to work with the Government of Turkey to counter the scourge of terrorism and support all those across the region who are working to promote peace and reconciliation.”